This report is for Jira 8.1. If you’re looking for other reports, select your version at the top-right.

Jira 8.1 was not focused solely on performance, however we do aim to provide the same, if not better, performance with each release. In this section, we'll compare Jira 8.1 to Jira 8.0. We ran the same extensive test scenario for both Jira versions. The only difference between the scenarios was the Jira version. 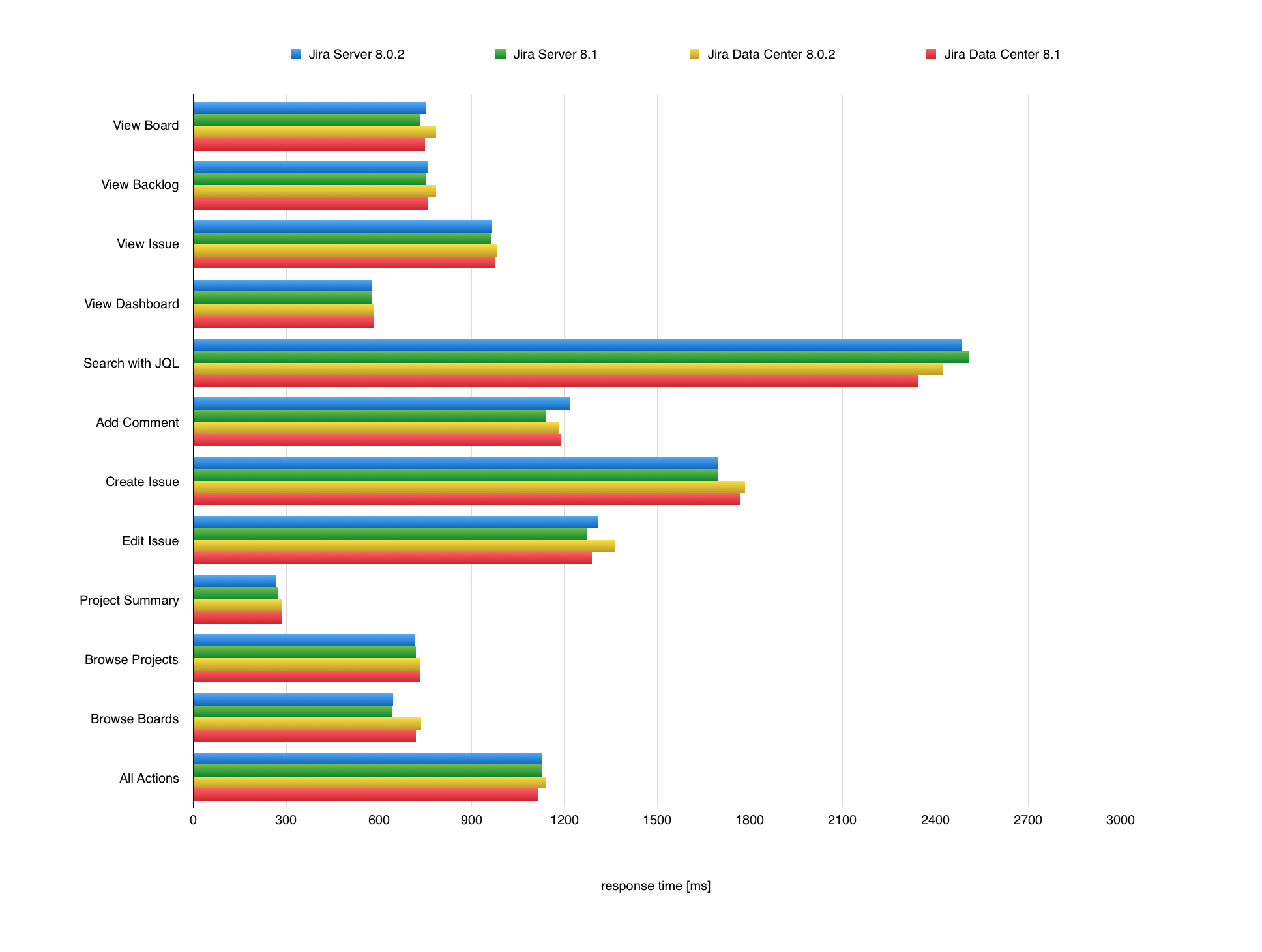 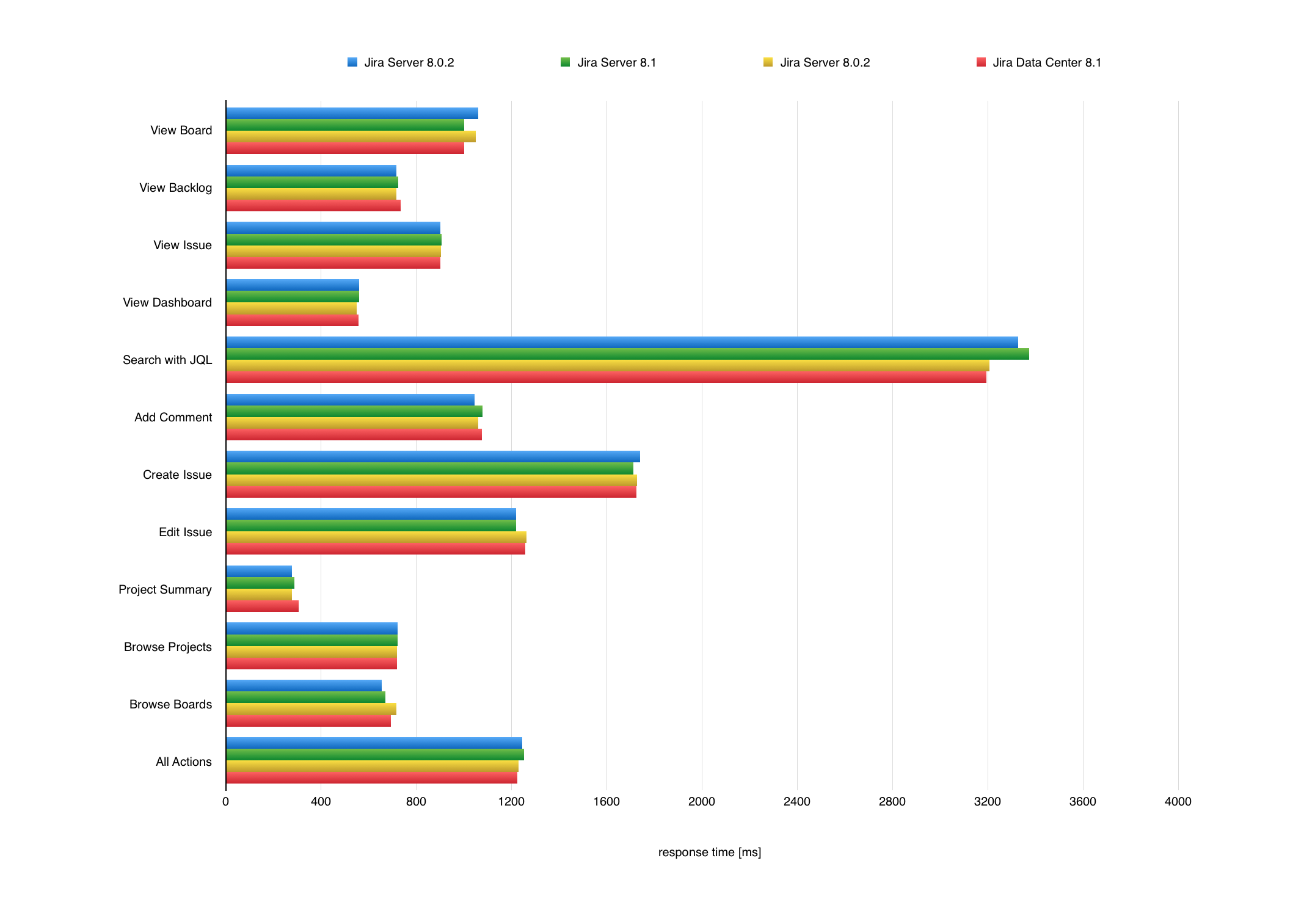 To run the tests, we used 10 scripted browsers and measured the time taken to perform the actions. Each browser was scripted to perform a random action from a predefined list of actions and immediately move on to the next action (ie. zero think time). Please note that it resulted in each browser performing substantially more tasks than would be possible by a real user and you should not equate the number of browsers to represent the number of real-world concurrent users.

In order to provide individual Jira instance users with an optimum experience and avoid performance degradation, it is important to understand how specific Jira data dimensions influence the speed of the application. In this section we will present the results of the Jira 8.1 scalability tests that investigated the relative impact of various configuration values. 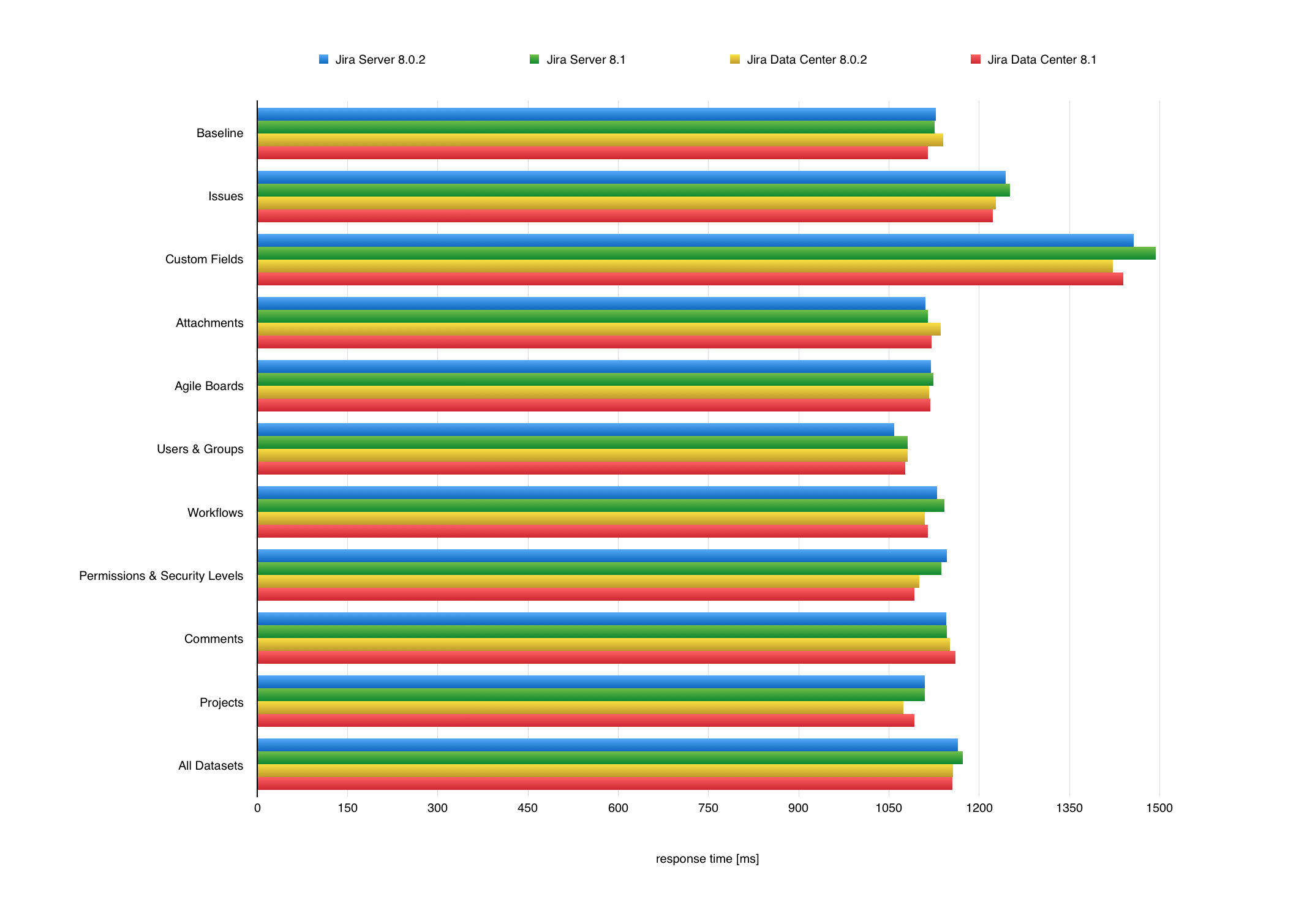