What are branch deployments?

Branching is an important tool in your development process, as it offers a very powerful way to let developers work in isolation on different aspects of a software project.

Why should we use branch deployments?

Developers should consider using branch deployments whenever they want to keep their in-progress development code separate from the master code, but want to test it within a deployable environment. 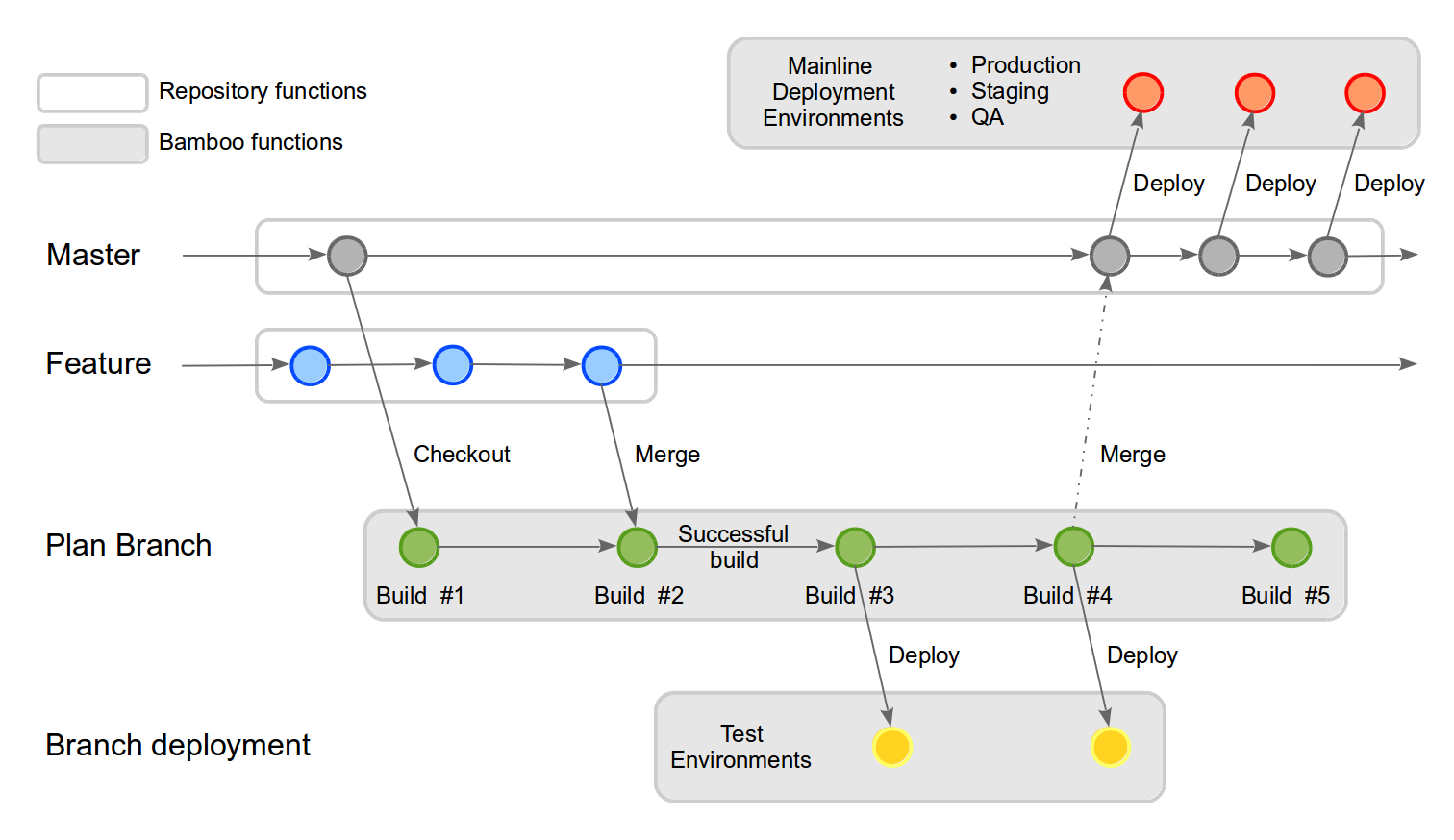 Learn more about Creating and configuring a deployment project.

There are two typical strategies for managing branch deployments:

Let's assume a developer is using a plan branch to work on a new feature for a product. They reach a point in development where the new code needs testing in a server environment.

Let's consider another developer who is also using a plan branch to work on a new feature for the product. They decide to automate the branch deployment so that it isn't triggered manually.

Remember: Plan branch code should only be merged back to master AFTER testing of the branch feature code is complete AND successful.