Add the following dependencies (or devDependencies) to the package.json file in your Node.js project. These are required if you want to use the Grunt, Gulp, Bower, Nodeunit or Mocha Test Runner tasks: 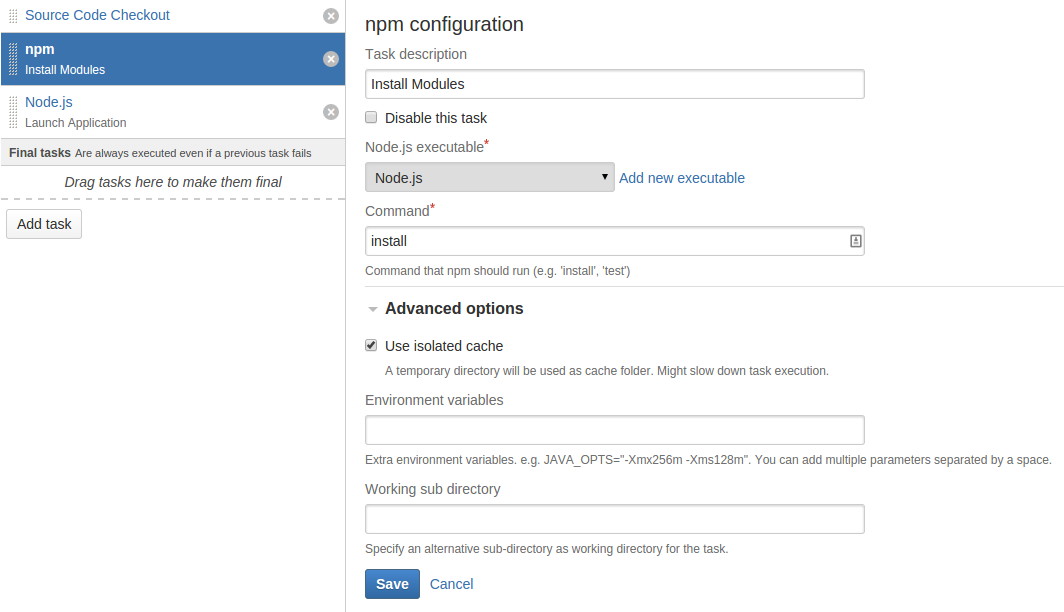 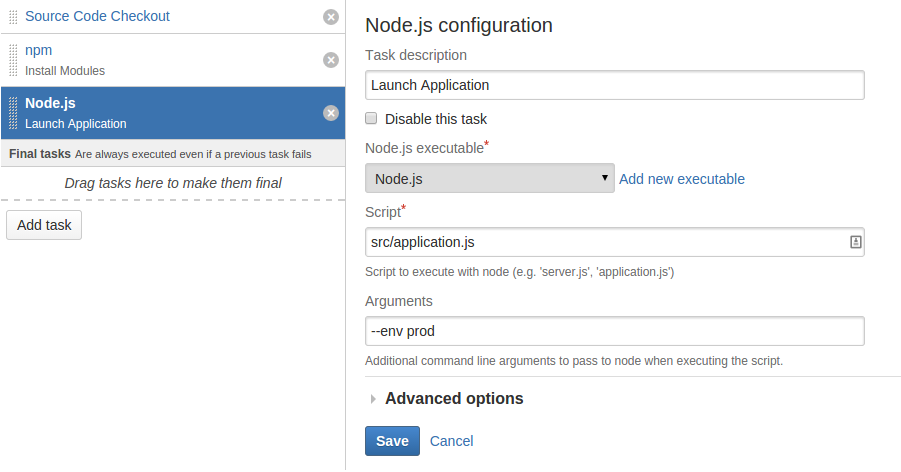 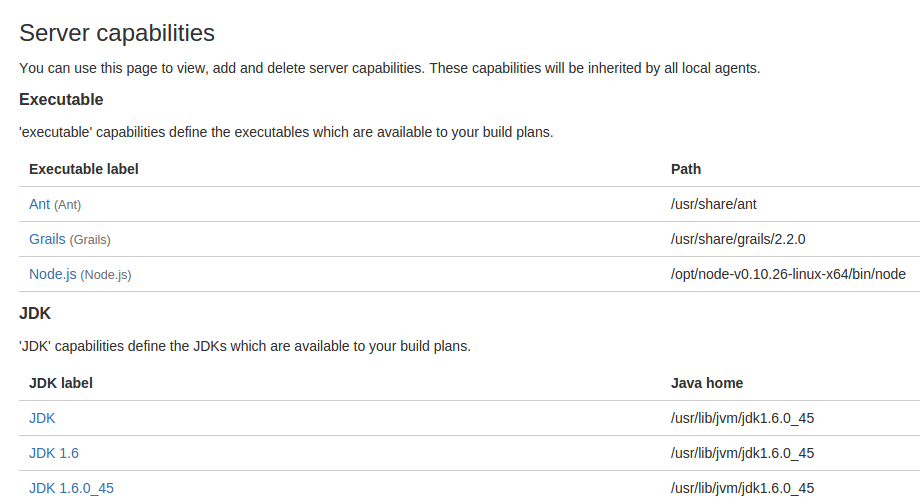