Artifacts are files that are produced by a step. Once you've defined them in your pipeline configuration, you can share them with a following step or export them to keep the artifacts after a step completes. For example, you might want to use reports or JAR files generated by a build step in a later deployment step. Or you might like to download an artifact generated by a step, or upload it to external storage.

There are some things to remember:

In the example bitbucket-pipelines.yml file that follows, we show how to configure artifacts to share them between steps.

Manual steps will have build artifacts produced by any previous steps copied into their working directory, similar to automatic steps. 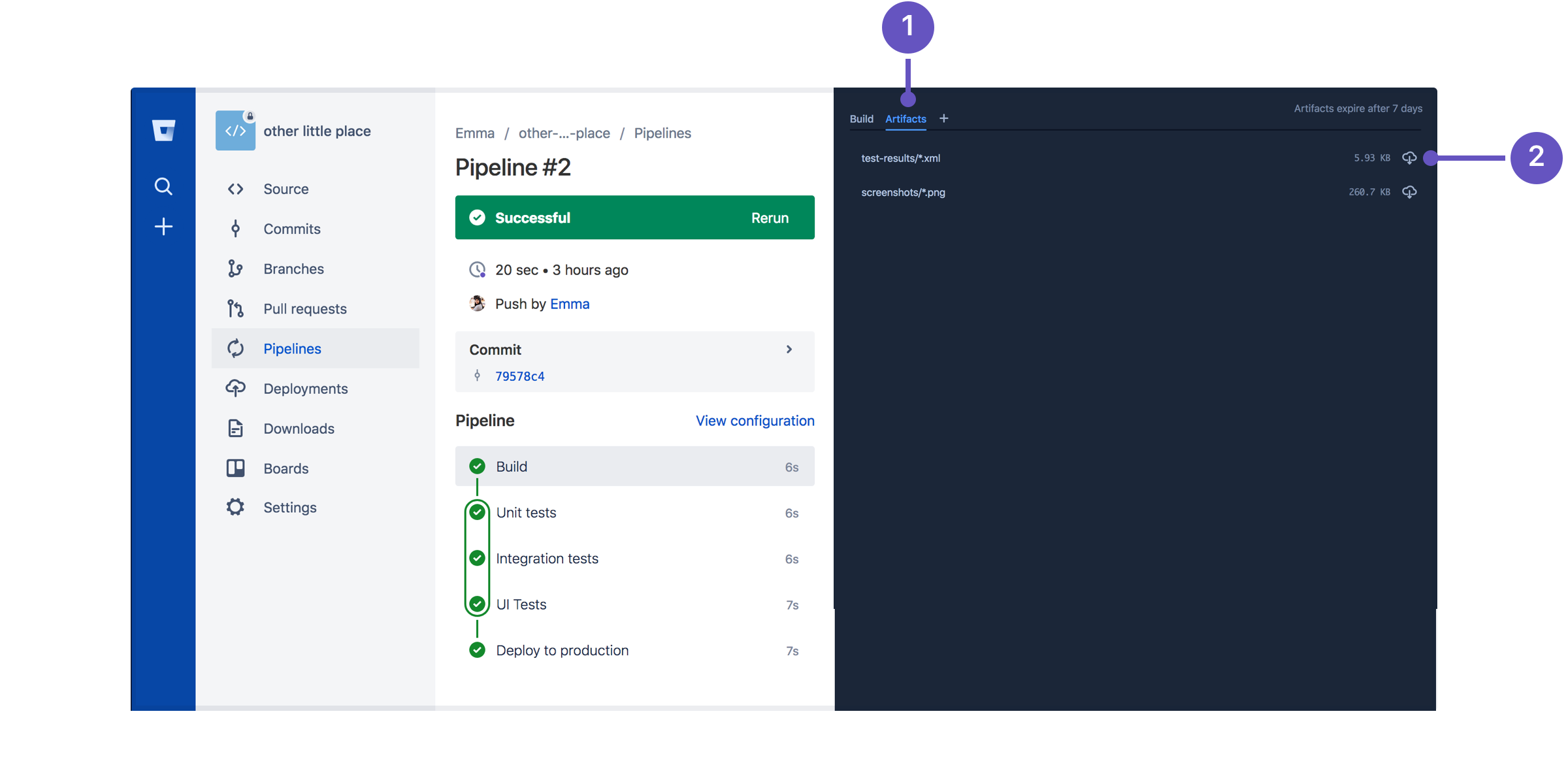 Artifacts are stored for 14 days following the execution of the step that produced them. After this time, the artifacts are expired and any manual steps later in the pipeline can no longer be executed.

If you need artifact storage for longer than 14 days (or more than 1 GB), we recommend using your own storage solution, like Amazon S3 or a hosted artifact repository like JFrog Artifactory. Setting a reasonable time limit for build artifacts allows us to manage our costs so we don't have to charge for storage and transfer costs of build artifacts in Pipelines.

See these pages for more information: