Webhooks provide a way to configure Bitbucket Server to make requests to your server or another external service, whenever certain events occur. A webhook consists of:

There are two stages to the webhook: Creating webhooks and Triggering webhooks. Once you've created a webhook for an event, every time that event occurs, Bitbucket sends a payload request that describes the event to the specified URL.

If you're having problems with a webhook, see Troubleshooting webhooks.

When to use webhooks

Use webhooks to integrate applications with Bitbucket Server. For example:

Without webhooks, you need to poll the API if you want to detect when events occur in Bitbucket Server. However, polling the API is inconvenient, inefficient, and error-prone.

Webhooks mean the API doesn't have to check for the same activity every minute.

Webhook secrets are what Bitbucket Server use to authenticate the payload. The secret ensures that between Bitbucket Server and your endpoint, you're able to verify that the contents were not tampered with.

Combined with HTTPS, it helps ensure the message transmitted is the one that Bitbucket Server intended to send.

When you define a secret for a webhook, each request is signed via a Hash-based Message Authentication Code (HMAC).

The default for this algorithm is HMACSha256. The header X-Hub-Signature is defined and contains the HMAC.

If the results do not match, it may indicate there was a problem with transmission that has caused the message payload to change.

When an event associated with a webhook occurs, Bitbucket Server sends a request to the webhook URL containing the event payload.

You can create webhooks for the following events:

When you perform an action to trigger a webhook and it doesn't work, you can use the Event log page to figure out what went wrong.

Click through the latest request results (such as Webhook event details) to troubleshoot the issue. 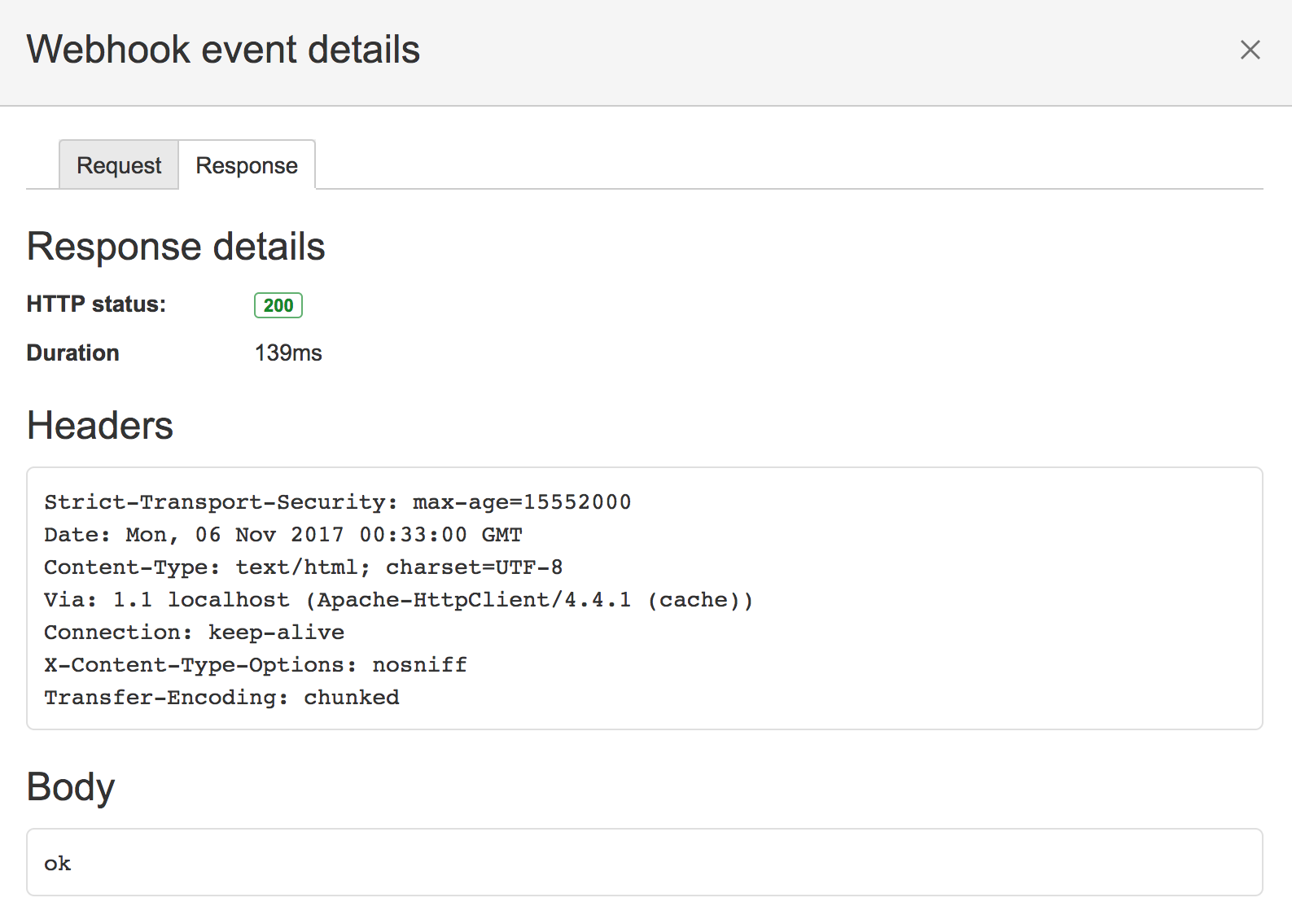 To help protect your instance of Bitbucket Server, circuit breaking has been implemented in the Bitbucket webhooks system. This means badly behaving webhooks are skipped for a period of time if they are consistently failing.

By default, when a webhook fails five times, it is considered unhealthy and is skipped.

Initially, it will only be skipped for a short period (10 seconds) but as it continues to fail it will gradually skip for longer periods, up to a max of 10 hours.

A webhook may also be skipped if there are too many webhooks in flight. If there are 250 webhooks being invoked, further requests will be skipped until the number in flight drops below 250.

These limits are entirely configurable if your instance has different requirements. For more information, see Bitbucket Server properties.

If a webhook is being skipped, you can see so via the JMX metrics output by Bitbucket, or via the logs.