If Bitbucket Server is a critical part of your development workflow, maximizing application availability becomes an important consideration. There are many possible configurations for setting up a HA environment for Bitbucket Server, depending on the infrastructure components and software (SAN, etc.) you have at your disposal. This guide provides a high-level overview and the background information you need to be able to set up a single Bitbucket Server in a highly available configuration. 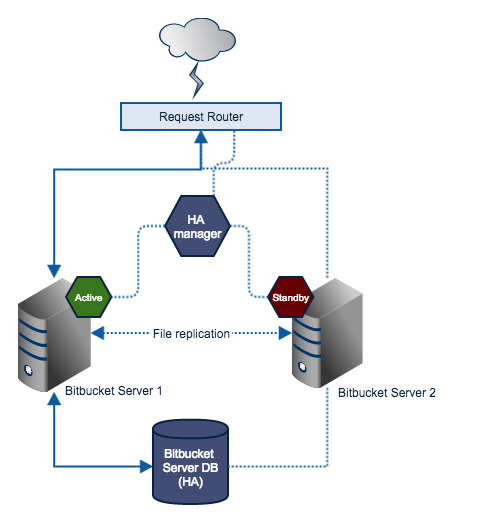