Planned for this week:

On 31 August 2015 we are enforcing a storage limit of 25 GB on all Bamboo cloud instances.

To retain your artifacts and ensure that we can meet your storage needs as your Bamboo instance grows, we are also releasing a feature that allows you to select an Amazon S3 bucket as an artifact storage option.

We recommend you switch to Amazon S3 when the feature is available. Once configured, the existing artifacts will be stored in Atlassian Cloud until they are expired and new artifacts will be stored in Amazon S3. All builds, tests, and deployments will stop if you are using more than the enforced Cloud storage limit of 25GB once the restrictions start.

As previously announced, we're removing the Status Updates feature very soon. From this week you won't see status updates in some macros, such as the Recently Updated macro.

In the following release of Confluence we'll complete the change, removing the ability to:

We expect this change to have very little impact on most Confluence sites. If you think you might be using the User Status List macro on any pages in your site you might want to remove them, as these macros will appear as 'unknown macro' once Status Updates are completely removed.

How to search for pages that use this macro...

This search will return all pages that contain a User Status List macro (hint: copy the text below into the search field in Confluence).

It's important that your calendar is handy when and where you need it, so we're moving Team Calendars to where you do your work in Confluence – spaces. This makes it even easier to capture things like team leave and events, and add important project dates. Importantly, it also makes these dates easier to find; they're right there in your team or project space.

Watching calendars has never been easier, either. When you choose to watch a space, it now includes all calendars in that space. 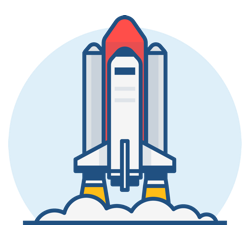 Calendars now also respect the permissions of the space they're in. When you add a calendar to a top secret space that only your team can view, only people with permission to view the space will be able to see the calendar.

Last week we released a new feature that allows you to create a project that shares its configuration with another project. We've found an issue ( JRA-44980 - Getting issue details... STATUS ) with this feature, so we'll be disabling it next week and then re-enabling it in a future release. Stay tuned!

The following bug fixes will be deployed in this release:

This is a bug fix release.

This is a bug fix release.