Platform Notice: Cloud Only - This article only applies to Atlassian products on the cloud platform.

The Jira Cloud Migration Assistant saves records of entities and tracks changes to entities. This prevents:

The Jira Cloud Migration Assistant is non-destructive, so it will save a record of each entity (e.g. workflow or custom field) it migrates for the first time. In subsequent migrations to the same cloud site, the migration assistant will check to see if it already has a record of that entity.

Sometimes it's necessary for configuration entities to be duplicated when a migration is done. In some cases, like migrating data from different scopes/server instances, duplication can be good because it ensures that entities with the same name but different underlying properties don't get merged.

What you see on the server:

What you can potentially see in Cloud: 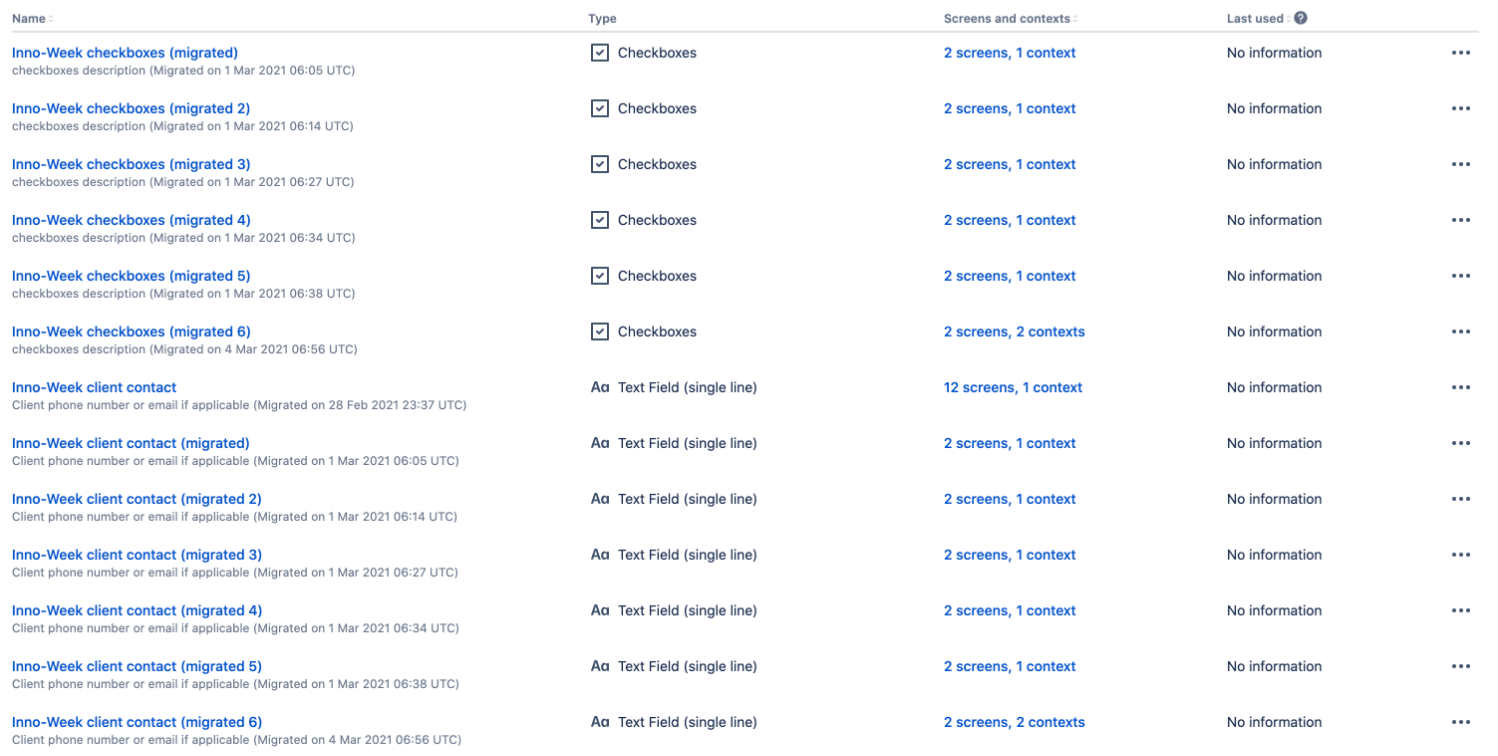 Duplicate entities will be flagged as “(migrated), (migrated 1), (migrated 2) etc.” in the destination site depending on the number of migrations that were affected by this behavior. Large amounts of duplication (e.g. 20 duplicates for each custom field) may cause performance issues.

Duplicates may be caused by:

We're rolling out changes that will let you re-migrate a shared configuration entity if the entity has been:

Learn how the migration assistant tracks changes to entities

The longer the time between migrations, the more chance there is of an entity being deleted or modified. If you are merging Jira instances and you need to take a phased approach, we recommend ensuring that few people as possible have access to the Jira Administration Console in both cloud and server and coordinate with your team to put a freeze on shared entities changes until the full migration is complete. This can be accomplished via permission management in your Jira instances.

Have you checked all the listed suggestions but couldn’t address the error message, please engage with our support team for further assistance.