Some user directories allow you to define a group as a member of another group. Groups in such a structure are called 'nested groups'. In Crowd, you can map any group to an application, including a group which contains other groups. Crowd supports nested groups for LDAP directory connectors, Crowd internal directories, Delegated Authentication directories and custom directories. You can enable or disable support for nested groups on each directory individually. For more information, refer to the documentation on configuring a directory.

Here's the effect on authorisation and presentation of group members to integrated applications: 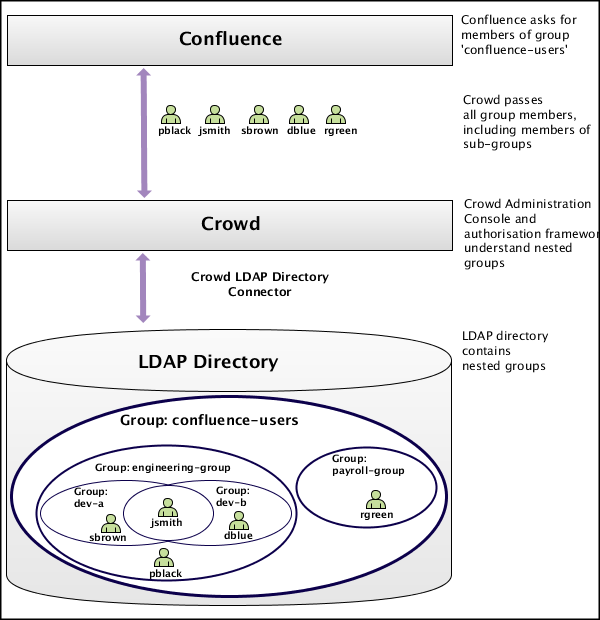