Platform notice: Server and Data Center only. This article only applies to Atlassian products on the server and data center platforms.

In managing projects, there comes a time, where you'll need to keep conversations or comments private between certain groups or roles. on JIRA Software & Core, you can be able to add the restrictive comment to do such by clicking on the padlock icon on a comment field. 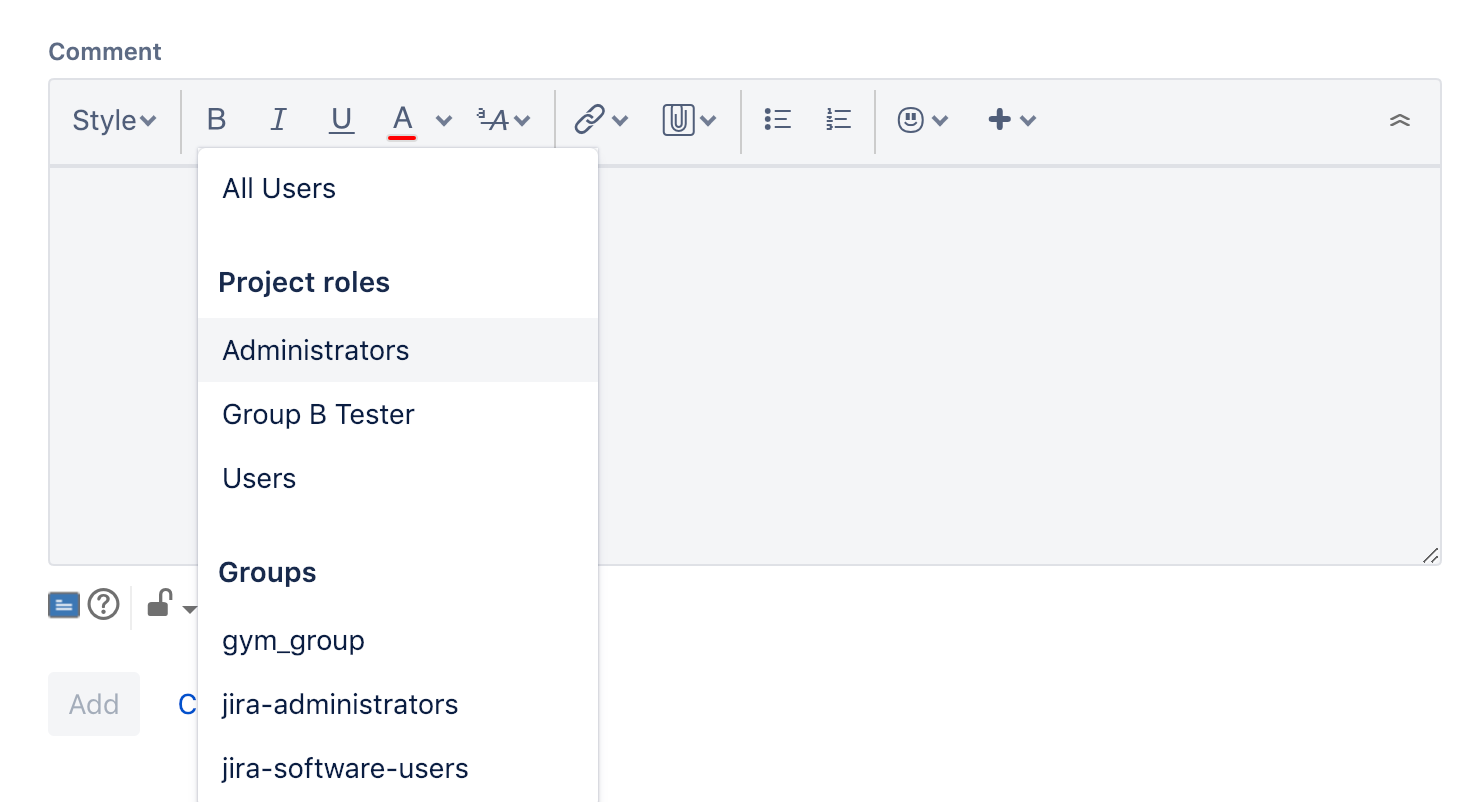