Platform notice: Server and Data Center only. This article only applies to Atlassian products on the server and data center platforms.

When attempting to run the Jira installer .exe file on a Windows Server 2012 or higher server, the installer may fail to run with a warning message:

'Microsoft Defender SmartScreen prevent an unrecognized app from starting.  Running this app might put your PC at risk'

Another possibility is that the installer may appear to run but pop up messages during the installation note that there were issues copy DLLs to the bin directory.

This can manifest itself in a few different ways depending on the version of Windows being utilized.

Windows Server 2012 and higher machines can block files that deemed to be "potentially dangerous" when downloaded.  This often includes .exe, .dll or .msi files.  Since the Jira installer is a .exe file, often times Windows will block the installer download which can lead the installer to not run properly when executed.

Unblock the installer and make sure to execute it as an Administrator as described below: 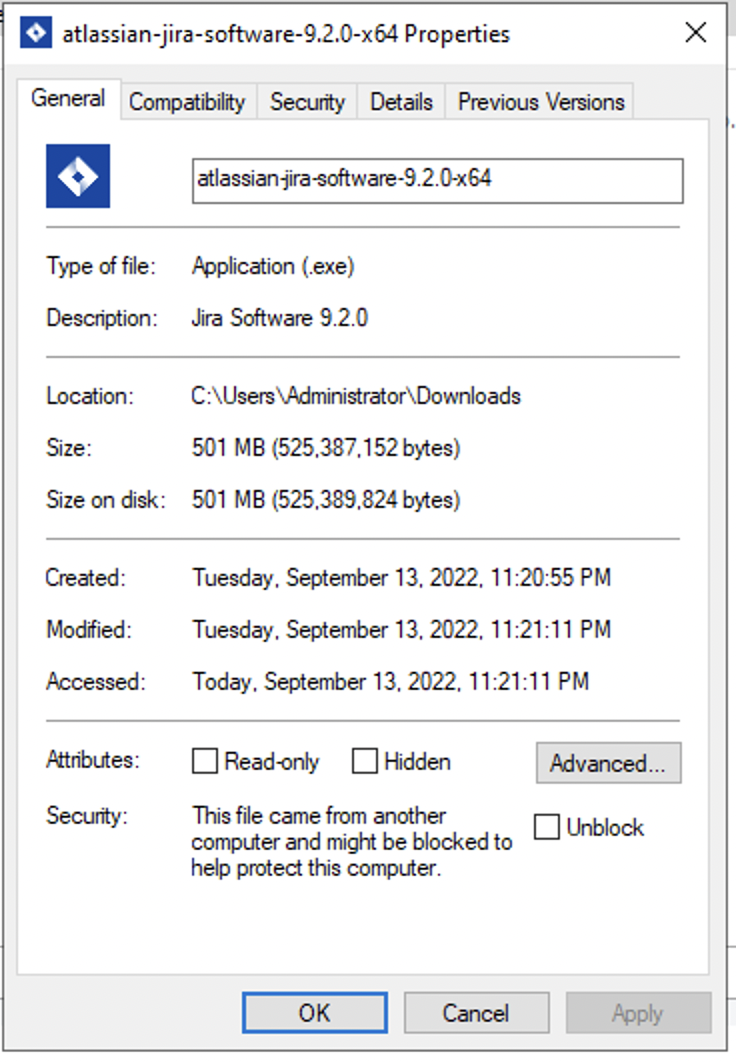 Once the file is unblocked, run the installer executable as an Administrator.