Scheduling issues is as easy as adding the duration for issues directly in your timeline. Alternatively, you can add target dates for the issues, and these dates will display in the timeline section accordingly.

Note that you need the Portfolio for Jira user permission to save scheduling changes in Jira. 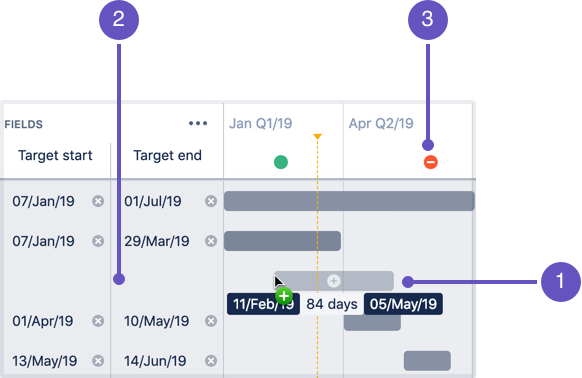 To reschedule issues, do one of the following actions:

Scheduling issues according to sprints

Before you begin, note that this only applies to issues sourced from Scrum boards and when issues are assigned to Scrum teams.

When a team and a sprint are set for an issue, the target start and end dates of that issue are automatically derived from the assigned sprint.

Caveats when scheduling issues according to sprints

There may be times when sprint data can't be loaded, either accurately or completely, into a plan, and this can be due to several factors: