What is a Project?

A JIRA project is a collection of issues, and is defined according to your organisation's requirements. For example, a JIRA project could be:

Every issue belongs to a project. Each project has a name (e.g. Website Issues) and a key (e.g. WEB). The project key becomes the first part of that project's issue keys, e.g. WEB-101, WEB-102, etc: 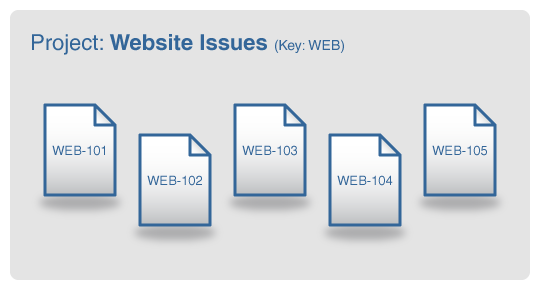 What is a component?

A project component is a logical grouping of issues within a project. Each project may consist of various components (or none), depending on your organisation's needs. 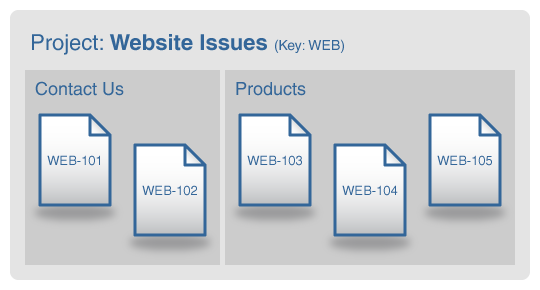 An issue can belong to zero, one or multiple components within a project.

What is a version?

For some types of projects, particularly software development, it is useful to be able to associate an issue with a particular project version (e.g. 1.0 beta, 1.0, 1.2, 2.0).

Issues have two fields that relate to versions:

Versions can be in one of three states: Released, Unreleased or Archived. Versions can also have a Release Date, and will automatically be highlighted as 'overdue' if the version is Unreleased when this date passes.

Raise an issue for our developers.

See answers from the community.