This page only applies to Scrum boards.

A version is a set of features and fixes released together as a single update to your product. Assigning issues to versions helps you plan the order in which new features (stories) for your product will be released to your customers.

In GreenHopper you can view your issues according to which version they belong to, and drag-and-drop issues into the relevant version(s). This helps you plan your upcoming versions, which may span multiple sprints.

Go to Plan mode and click VERSIONS at the left of the screen (or select Tools > Show Version Panel).

A list of versions will be displayed at the left of the screen. Click a version's name to view all the issues belonging to that version, across all sprints. 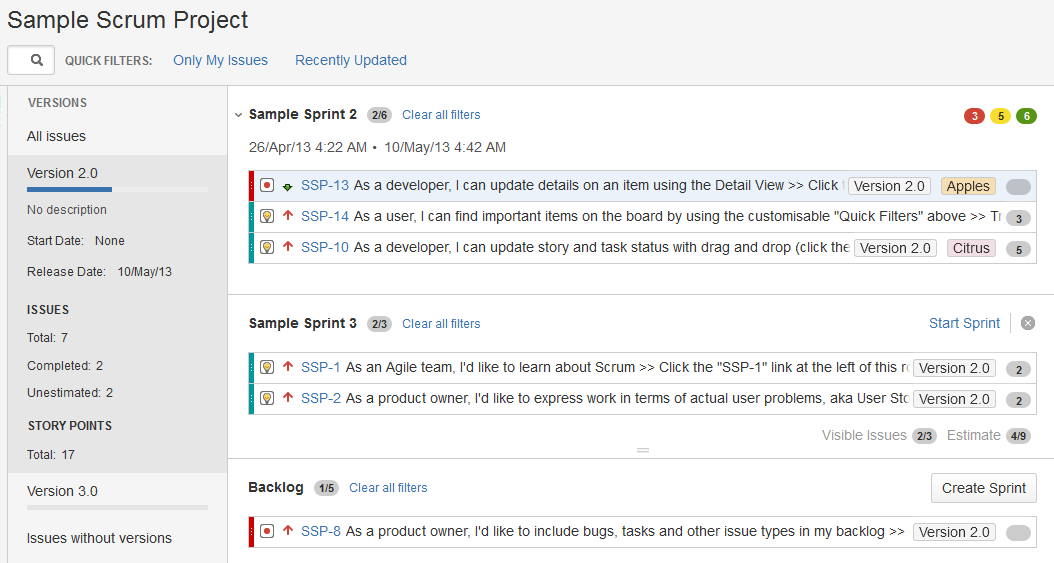 The blue horizontal bar indicates progress towards completing the work estimated for the version. Note that this bar is only shown if the version's issues have been estimated.

A GreenHopper version is the same as a JIRA version. You can use the JQL fixVersion  field to search for a version's issues — see the JIRA JQL documentation for details.

Raise an issue for our developers.

See answers from the community.