This page describes how Jira handles nested groups that exist in one or more of your directory servers. Note that if you're using nested groups, you can't use an  LDAP directory for delegated authentication .

You can enable or disable support for nested groups on each directory individually. Select User Directories from the Jira administration menu, edit the directory and select Enable Nested Groups. See Configuring user directories.

Managing 500+ users across Atlassian products?
Find out how easy, scalable and effective it can be with Crowd!
See centralized user management. 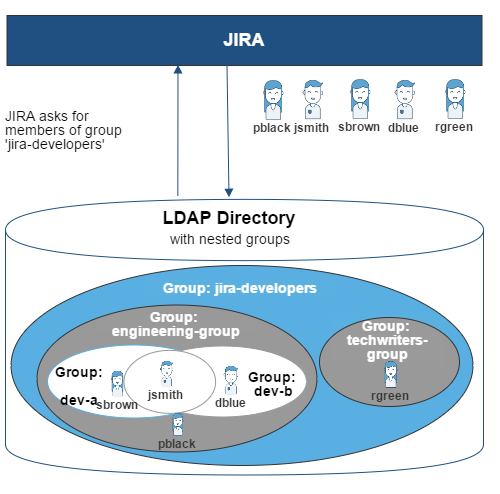