This report is for Jira 8.18. If you’re looking for other reports, select your version at the top-right.

Jira 8.18 was not focused solely on performance, however we do aim to provide the same, if not better, performance with each release. In this section, we'll compare Jira 8.17 to Jira 8.18. We ran the same extensive test scenario for both Jira versions. The only difference between the scenarios was the Jira version. 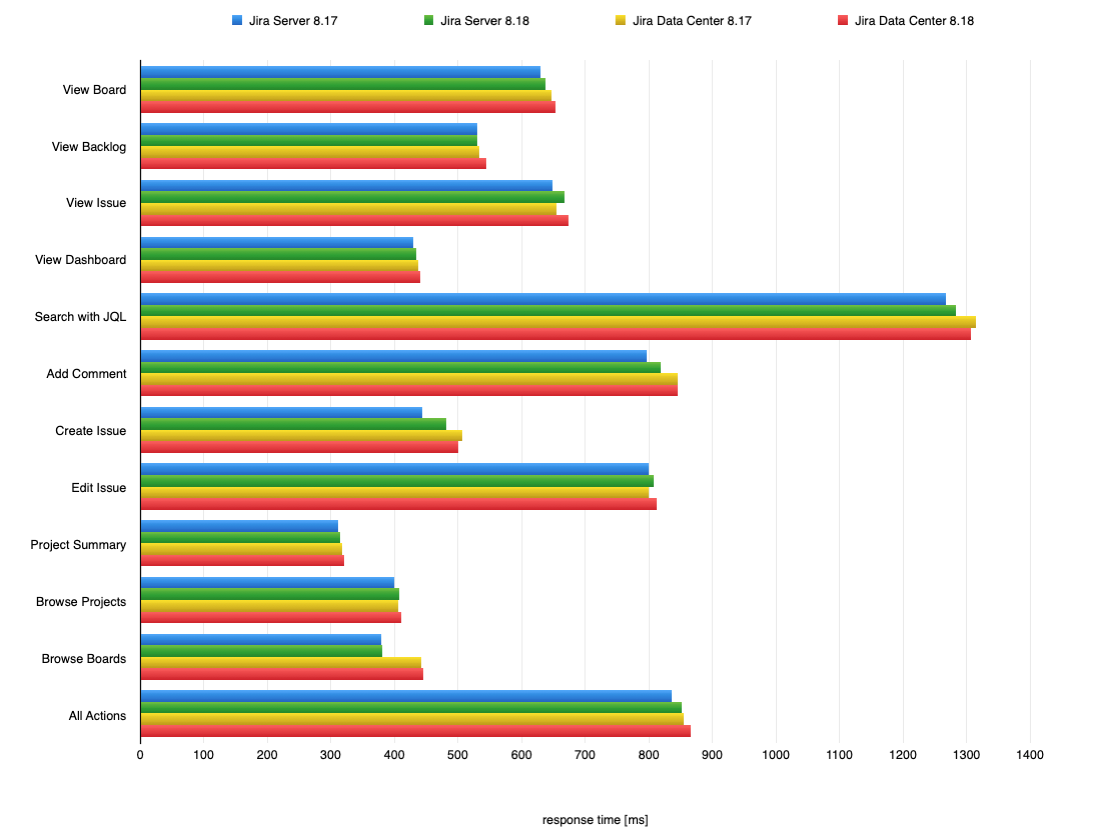 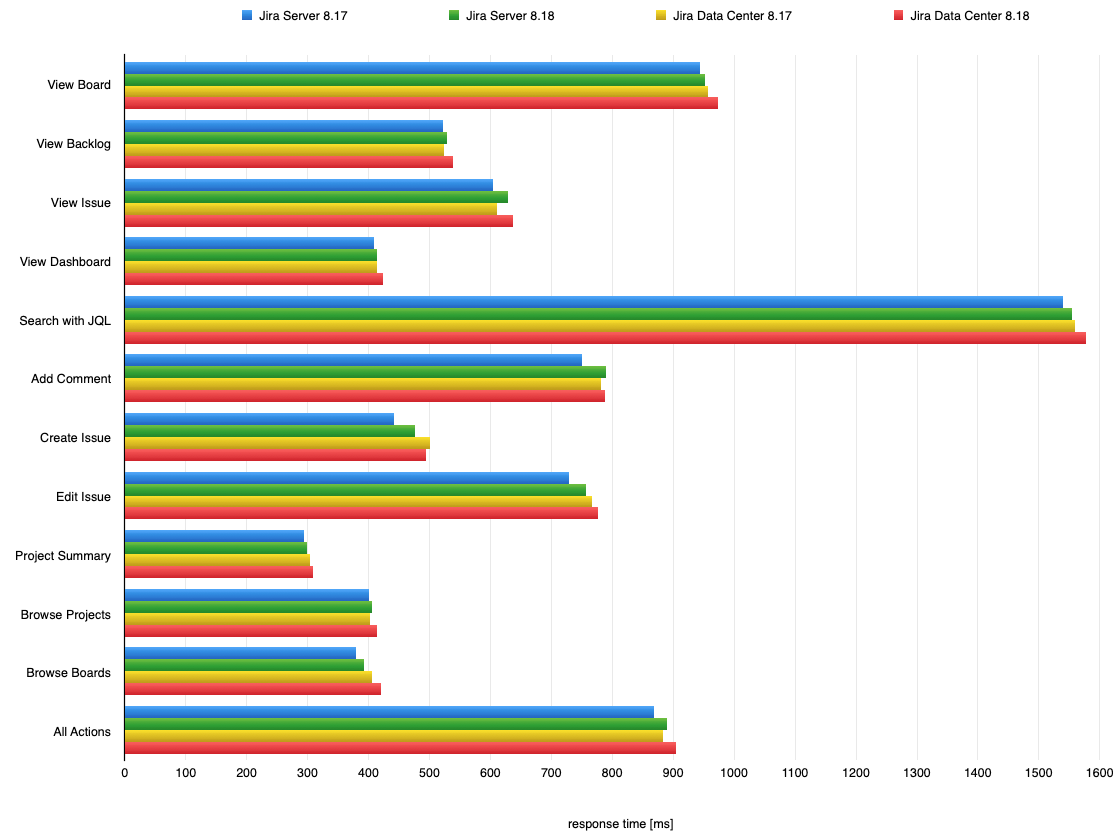 In Jira 8.18.0, the View issues action response time is degraded by approximately 3% (20-24 ms), which is related to the new comments reactions feature. We are aware of this and have decided that it’s a small trade-off in comparison to the improvements in the overall user experience with our products.

In order to provide individual Jira instance users with an optimum experience and avoid performance degradation, it is important to understand how specific Jira data dimensions influence the speed of the application. In this section we will present the results of the Jira 8.18 scalability tests that investigated the relative impact of various configuration values. 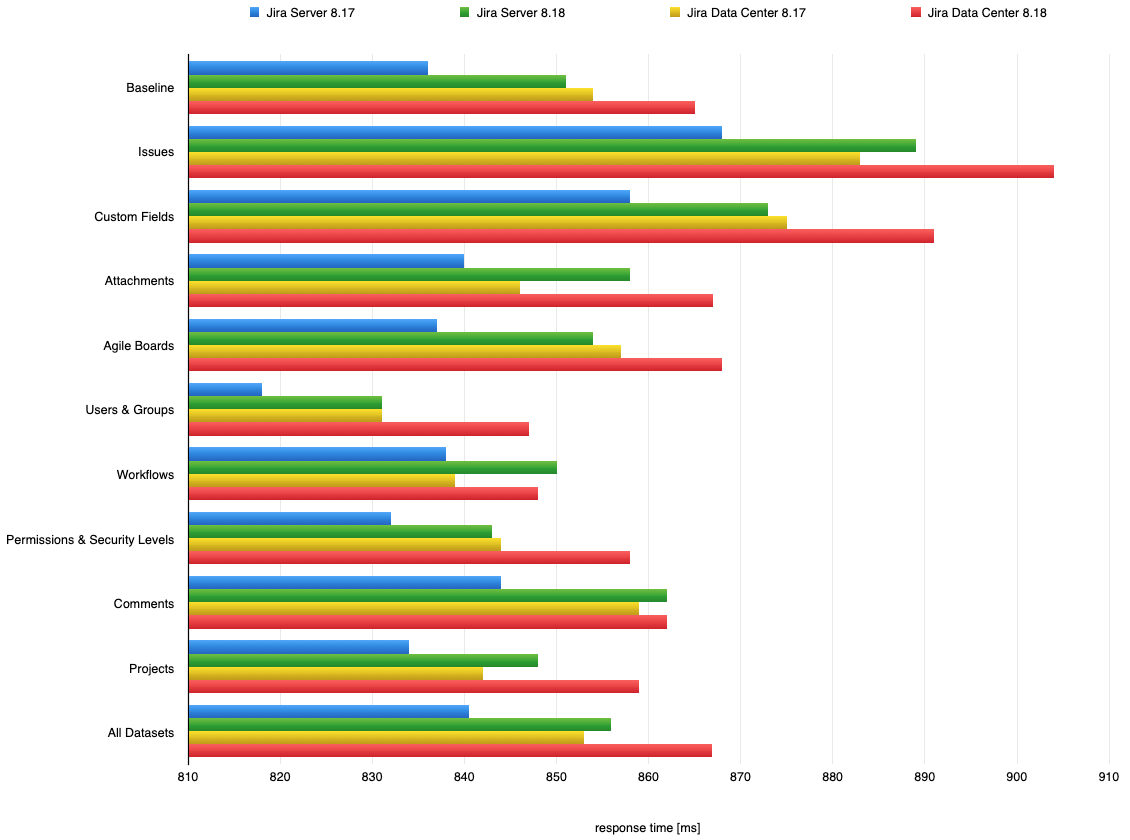 Response times for different data sets are similar between the Jira versions, and the differences you see on the image above aren't higher than 1-2% in most cases. In the case of the Comments data set, even though the response time seems worse, the actual drop in performance does not exceed 46 ms.