Some Completed Sprints are not visible in the "Release Burndown" report

There are a number of completed Sprints that are within the date range of the Release start and end date but they are not showing up on the Release Burndown report.

Some other Sprints, however are showing up fine. 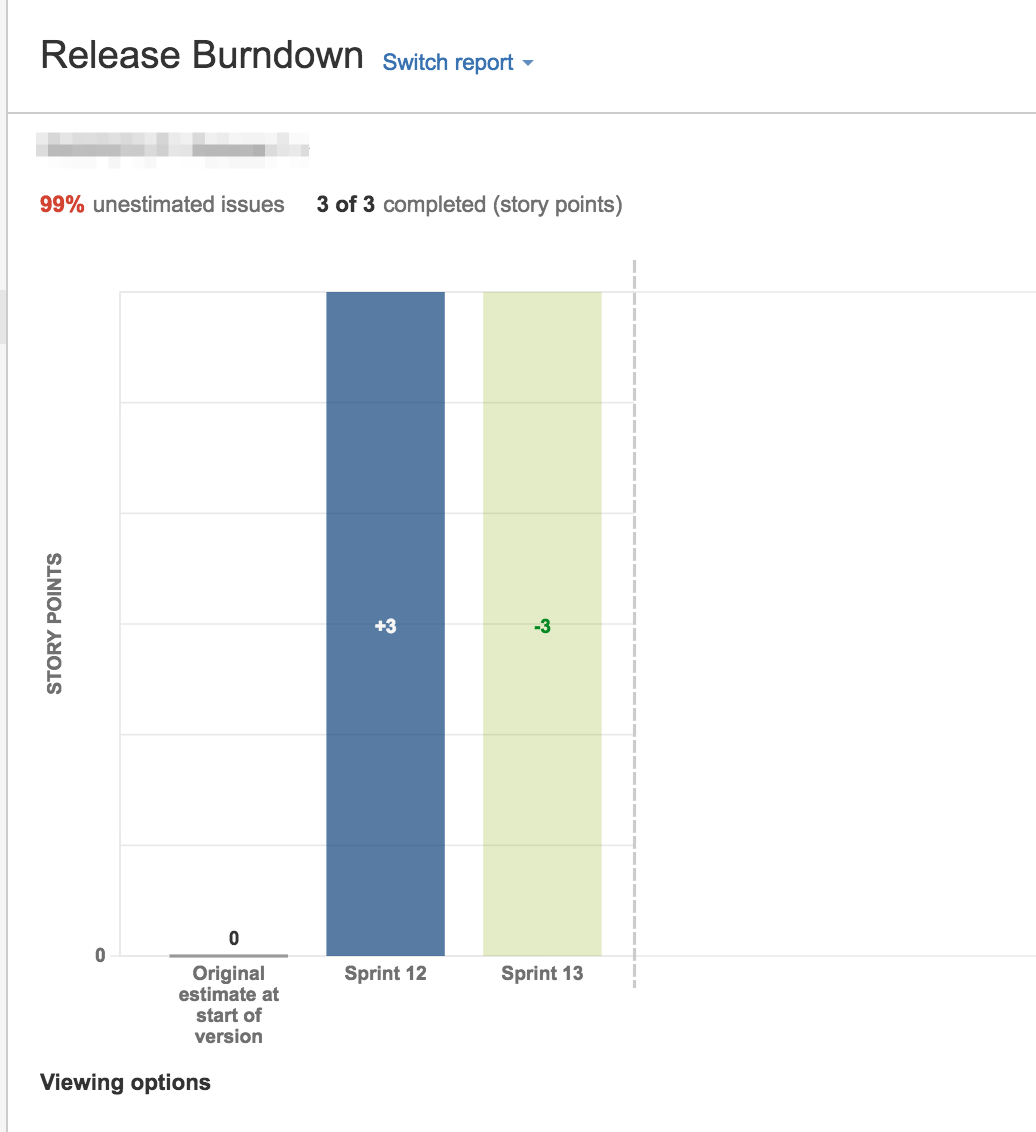 Looking closer, the issues from the missing Sprints are showing up under the Before initial sprint section of the report.

This is not a bug, but at the same time, JIRA will not be able to handle this behaviour the way it might be expected to.

Basically, when a release is established, the first issue created in the first sprint associated with the version will establish the baseline of the initial sprint. This cannot be changed or modified. The moment an issue from a Sprint is added to a version, that moment decides the starting point for the report. All the issues from earlier Sprints that get added to the version, will be added to the Before initial sprint section.

The reason this behaviour occurs is that first and foremost, Agile is a planning tool. Making changes retroactively to a version like this after the issue and sprint are already Done will skew your reporting and the application is not built in a way which would accommodate otherwise. This is why the issue is being considered as part of the Original estimate, as the work done on the issue was not done during the Version itself.

It is unfortunately not possible to change the report now, as it represents a snapshot of a point in time. However, the only way to prevent this from happening is to not add already closed issues to a version at a later point in time.