This report is for Jira 9.4. If you’re looking for other reports, select your version at the top-right.

Jira 9.3 was not focused solely on performance, however we do aim to provide the same, if not better, performance with each release. In this section, we'll compare Jira 9.4.0 to Jira 9.3.0. We ran the same extensive test scenario for both Jira versions. The only difference between the scenarios was the Jira version. 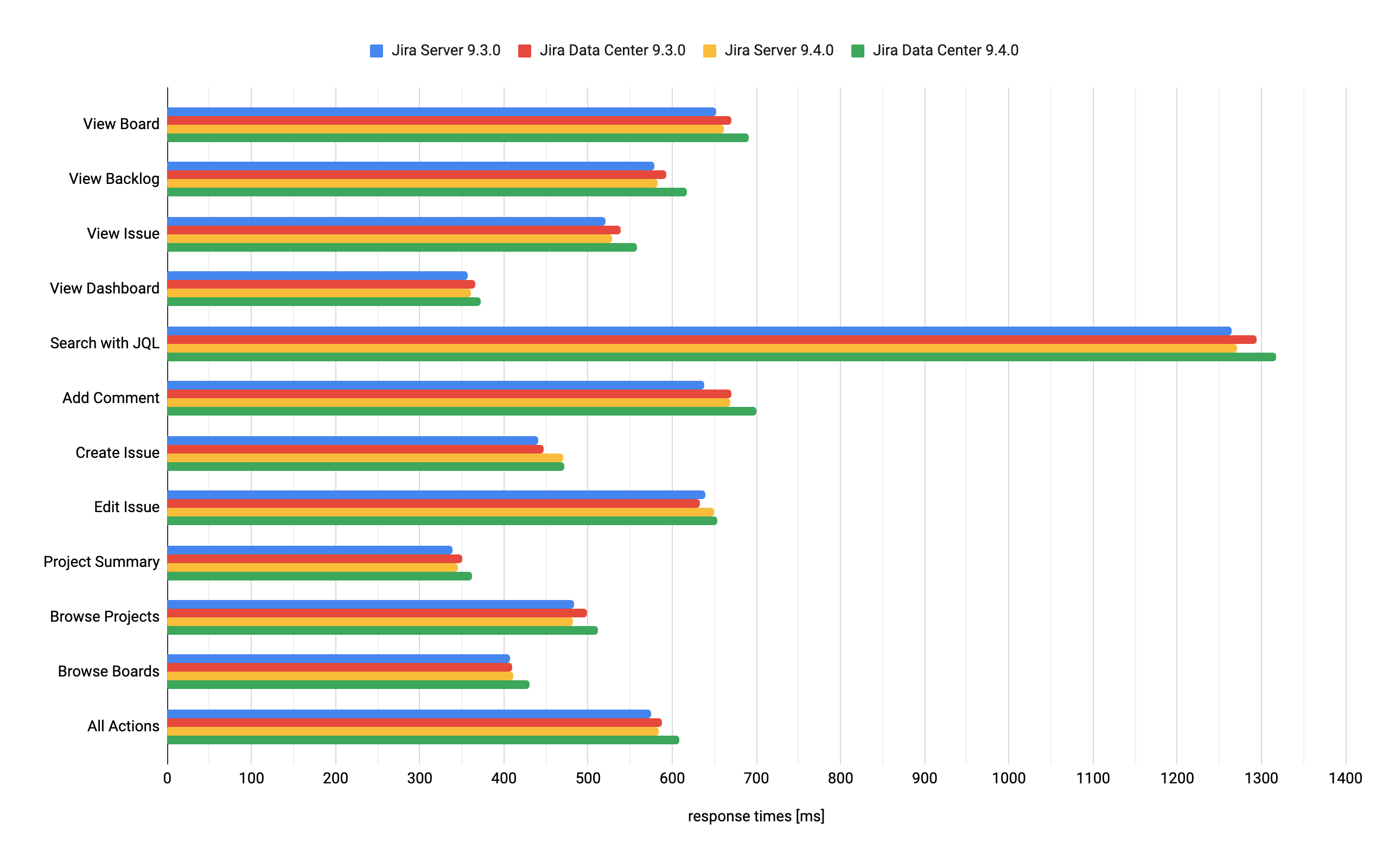 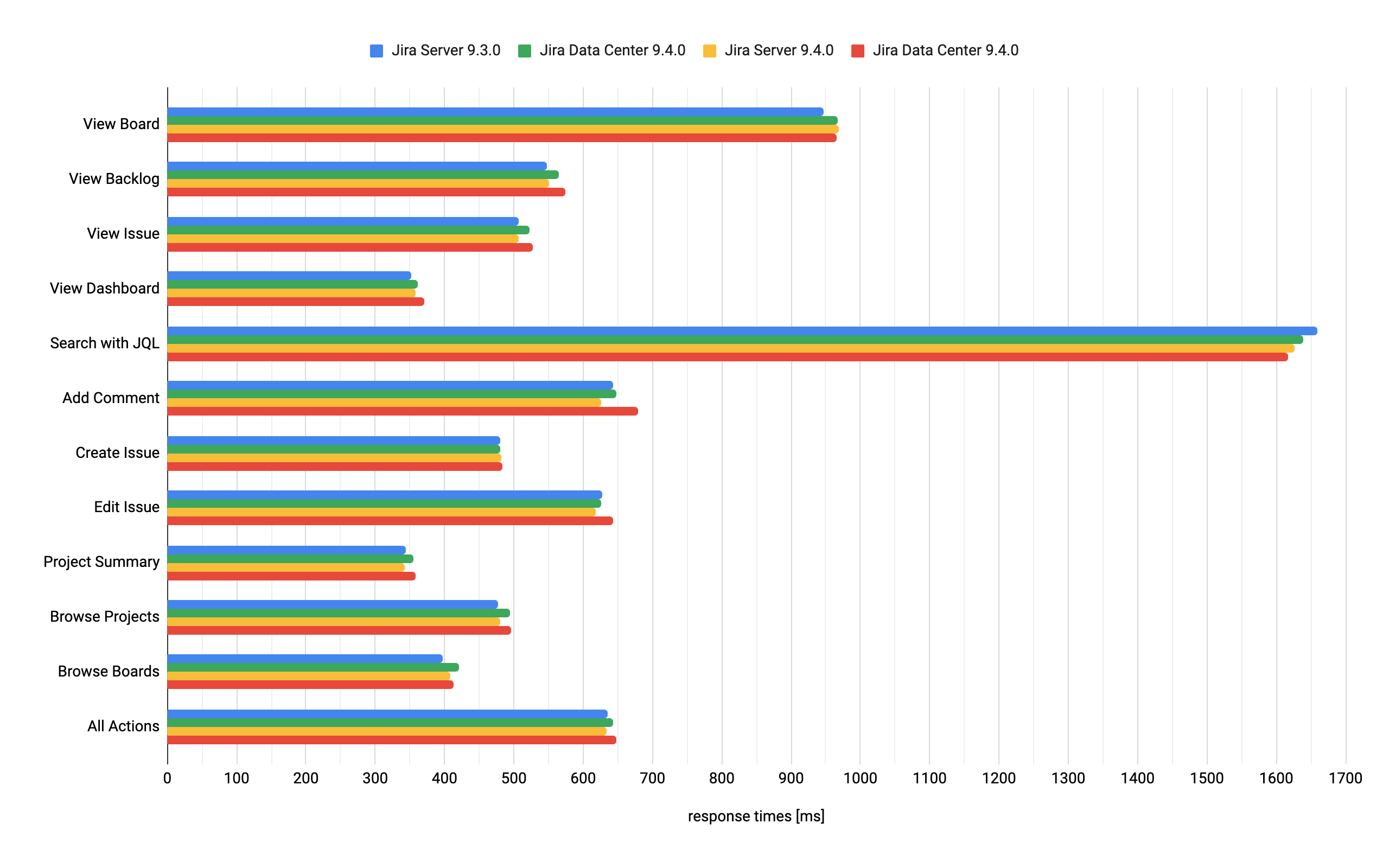 The performance check has shown some regression on the Browse Projects page starting from Jira 9.3.

Due to this, the Browse Projects action performs around 10% slower, especially at scale on instances with a high number of projects.

In order to provide individual Jira instance users with an optimum experience and avoid performance degradation, it is important to understand how specific Jira data dimensions influence the speed of the application. In this section we will present the results of the Jira 9.4.0 scalability tests that investigated the relative impact of various configuration values. 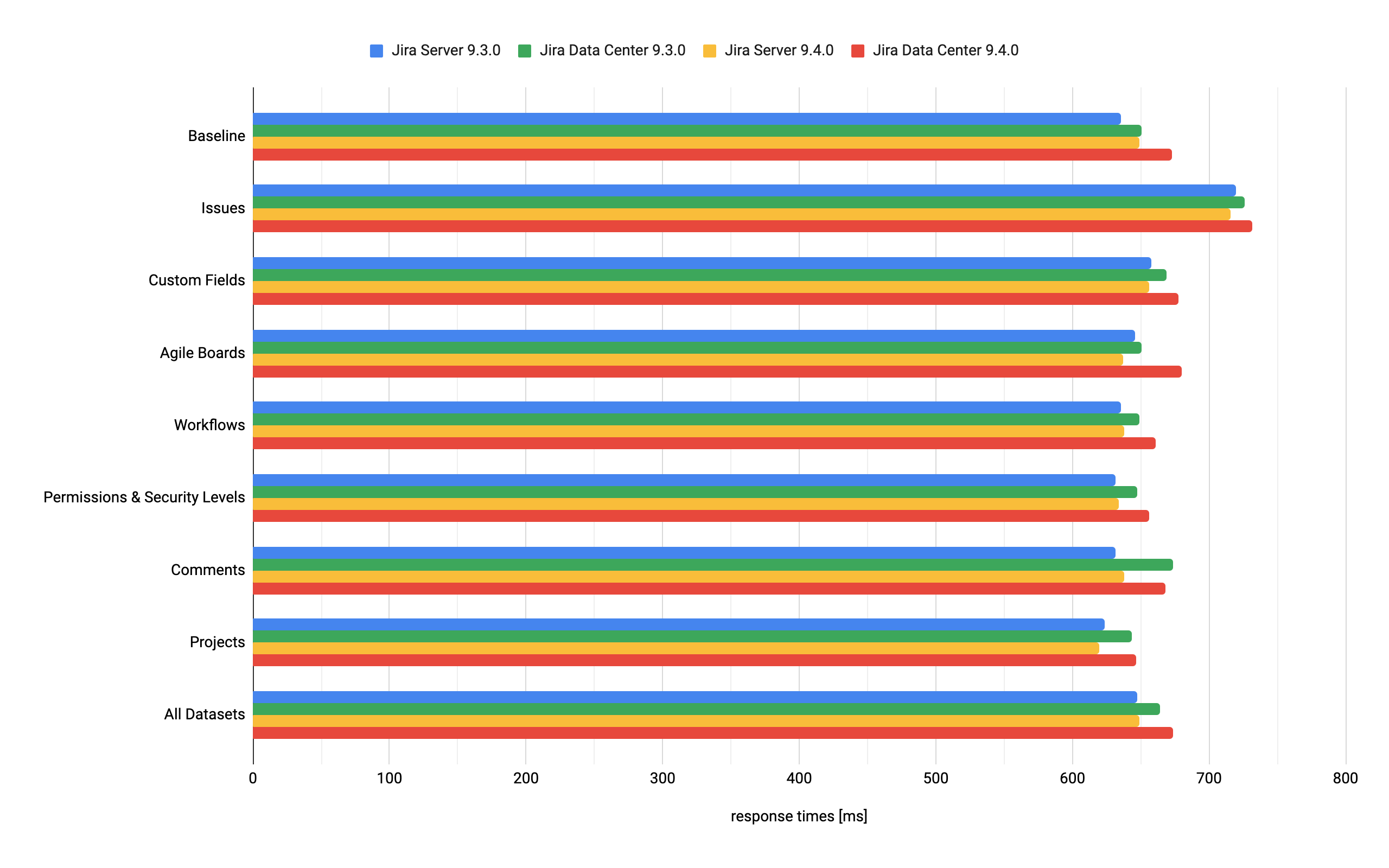 This version of Advanced Roadmaps included in Jira Data Center 9.4.0 produced the following load times, based on the criteria outlined above: