When you show team capacity in the timeline, capacity bars display and show how work is distributed across sprints (for Scrum teams) and iterations (for Kanban teams). In this article we’ll explain how capacity is handled in both Scrum and Kanban teams. 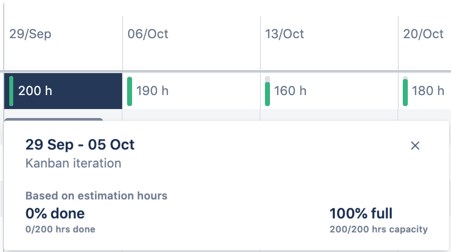 In the example above, the issue is estimated at 100 hours, and it spans 2 weeks. Capacity will then be equally distributed among the 2 work weeks, with 50 hours committed against the capacity of each week.

Scrum teams estimate work in either story points or time-based estimates. When using story points, team velocity is measured against sprint duration. For example, if velocity is set to 30 story points for a 2-week sprint, the capacity details show the percentage of how full the sprint is in terms of the estimated story points against total velocity. 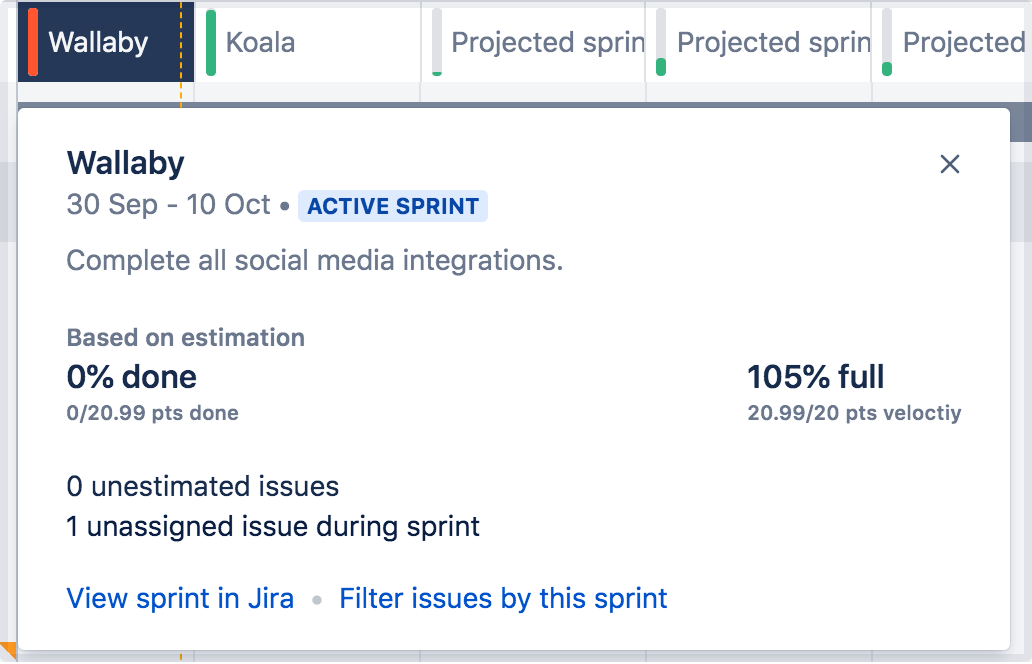 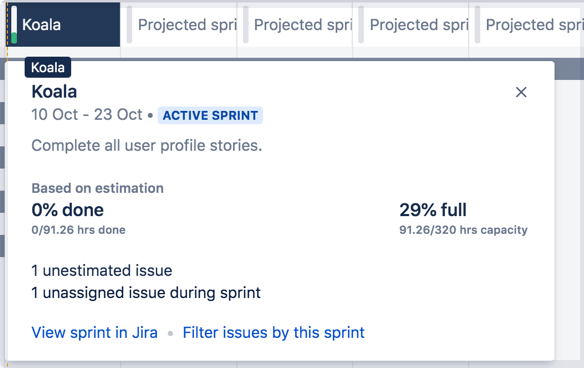 Capacity is distributed evenly across sprints unless issues are assigned to a sprint. If there is no sprint assignment, story points are allocated as follows, in this order: