A common theme is confusion over the error "No transitions to specified status could be found for issues". While this error message seems to indicate that the status doesn't exist, it often means something different.

One of the common mistakes that people make, is to create a rule to transition an issue in a way that doesn't follow the project's workflow. If you're not too familiar with Workflows then you can find a good explanation in the Jira documentation.

The example Workflow below is a custom workflow for investigating and handling bugs:

This workflow restricts what can be done with the Transition Issue action.

For example, take a rule with a manual trigger that comments when a bug is a duplicate - and then closes it by transitioning it to "Done":

From the workflow diagram, the example rule will not successfully execute on issues that are in the "Awaiting Triage" state, as issues can only go from there to "Under Investigation".

A rule run on a ticket in this state will result in an error status:

However, this rule runs on issues in the "Under Investigation" and "In Progress" statuses as the workflow allow transition from these statuses to "Done".

Another common mistake is not taking into account the permissions of the rule actor. The rule actor is set on the rule details section of a rule and is the user that the rule runs under. Your rule actor may be in a different set of groups to yourself and not have the right permissions for transitioning your issues.

Using the example in the previous section, looking at the details of the transition from "Selected for Development" to "In Progress" you can see that there is a condition attached to making this transition:

Here is an example rule which, using webhooks, transitions an issue to "In Progress" when the developer creates a branch on GitHub: 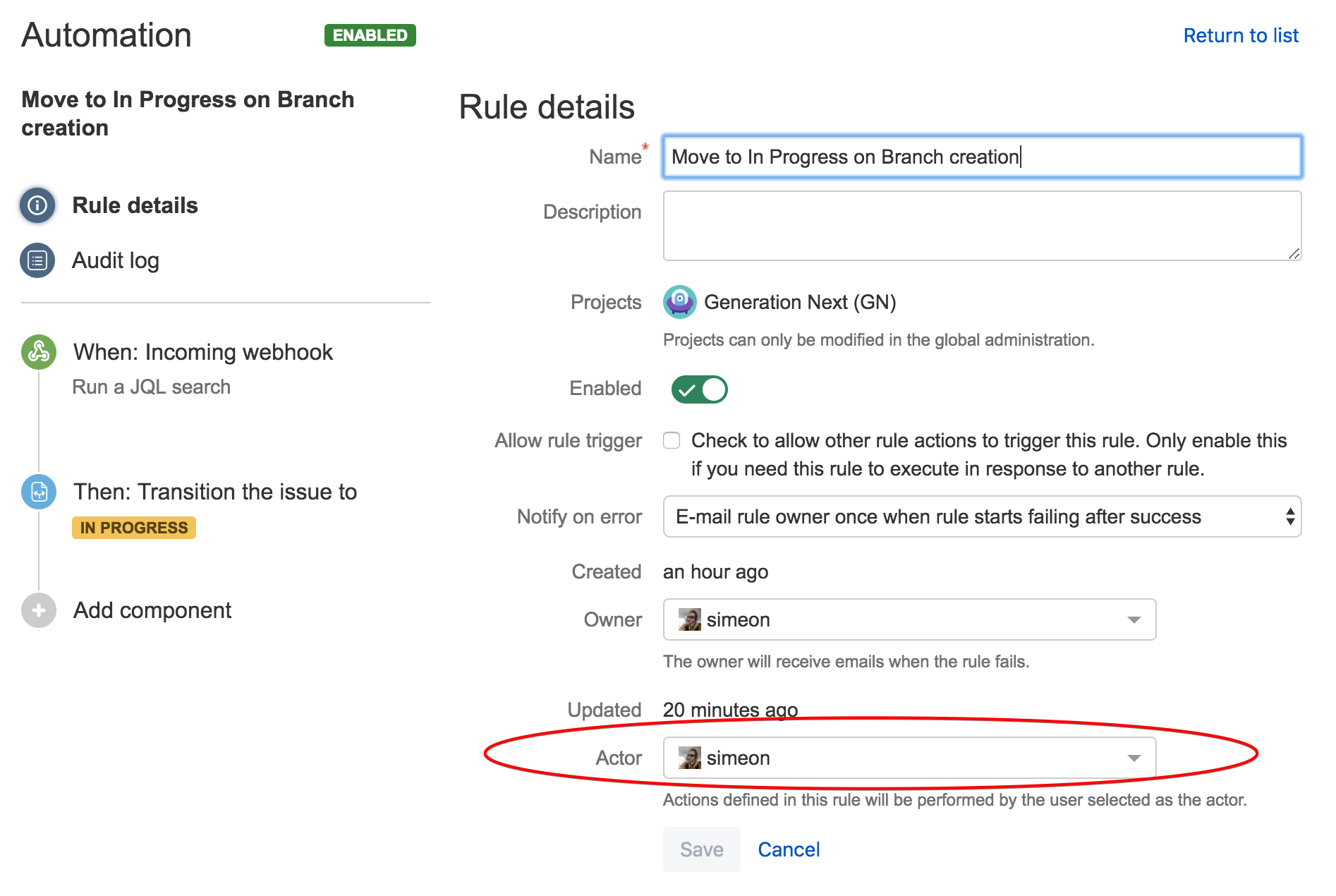 In its current form this rule will fail as the rule actor is not part of the developers group:

Changing the rule actor to one in the developers group and the rule runs successfully.