This page is only relevant to you if you upgraded from the old 'Jira Automation' add-on by Atlassian Labs to 'Automation for Jira'. If you are a new user and never upgraded, then this documentation does not apply and you can kick back and relax.

For more details on the different versions please see our comparison lite vs pro.

The old 'Jira Automation' add-on used Velocity to render issue values when using the 'Comment action' or 'Edit issue' action in an automation rule. For example, you could write a comment as:

and this would get rendered as

However, to make the upgrade as simple as possible, legacy Velocity rendering was introduced into 'Automation for Jira' so that your existing rules continue to work after the upgrade. The only restriction, for security reasons, is those rules cannot be converted to project specific rules. There's also less features available (you should try to upgrade them to Mustache as soon as possible).

Only 'Comment' and 'Edit issue' actions use this rendering mechanism (for 'Edit issue' only if 'Allow variable expansion' is checked). When upgrading to the new Automation for Jira, components using legacy rendering are detected and after the upgrade, these components show the following warning: 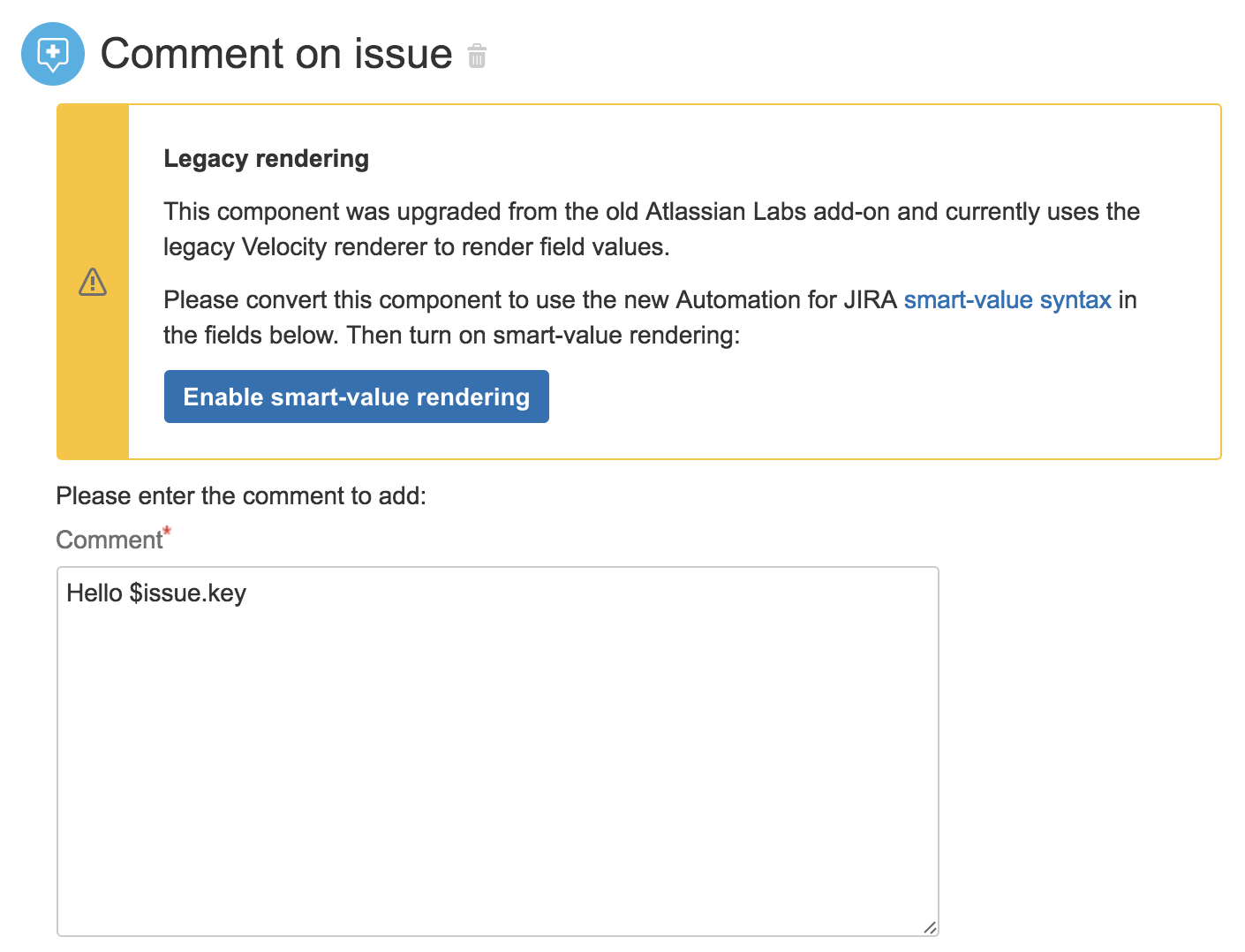 In our comment example shown in the screenshot above: 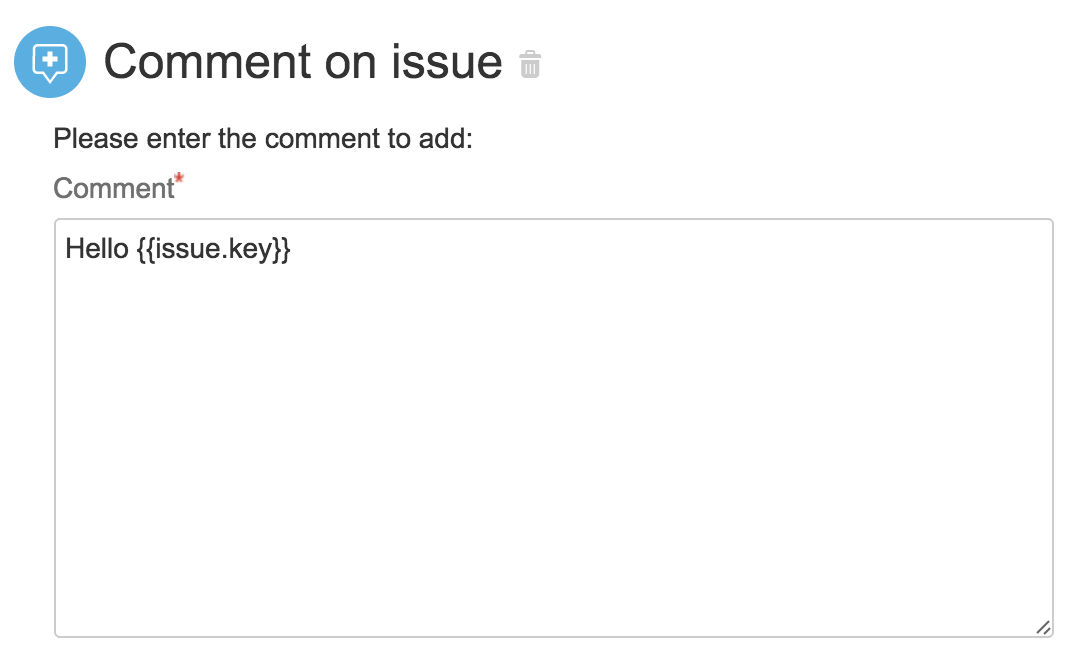 Once you've upgraded, you can't create new actions that use Velocity any longer. Velocity is dead - Mustache and smart values are the way of the future.