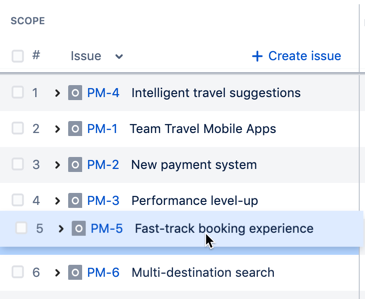 For example, if you want to rank an epic relative to the ranking of another epic, make sure to set the plan to display issues of the epic hierarchy level. This also means that the ranking you'll see in a plan will be the same as the ranking in the epics panel of Jira Software. 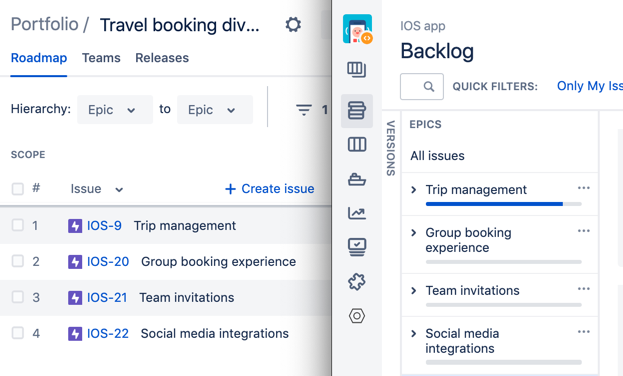 If you rerank IOS-22 and move it above IOS-21, this will also move the epic in Jira Software once the change is saved. The same applies even if IOS-22 has child issues of its own, as well as if the other epics have child issues of their own. 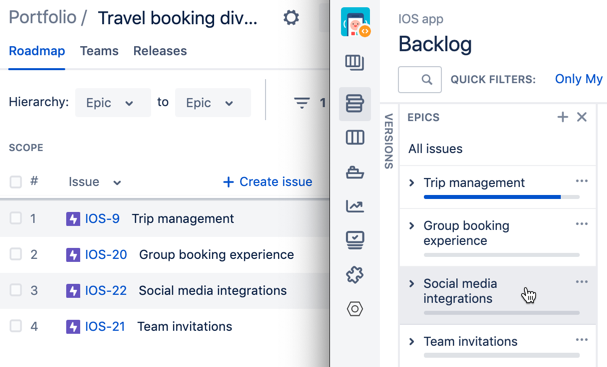 Epics consistently reranked across the plan and Jira Software

If you rank a parent epic higher, the ranking of its child issues in Jira Software will stay as is. This is helpful especially if your teams have already ranked the issues in their Jira Software boards. The child issues will retain their ranking, even if you've ranked higher-level issues differently in the plan.