Automation lets you set up rules to automate repetitive tasks around Jira, such as closing stale issues, auto-assigning issues to the right people, or sending notifications to your teammates.

Each rule is made up of a trigger that kicks off a rule, conditions that refine the rule, and actions which execute it.

To create a rule:

Read more about the rule components below.

Every rule starts with a trigger. You can choose from many triggers including issue transitioned, scheduled trigger, or issue created. If you wish, you can customize your trigger before moving on to your next component and completing your rule. Learn more about triggers

Conditions allow you to narrow the scope of the rule. For example, only escalate an issue if it's high priority. Rules don't have to have conditions, but if you want to include them, they can be placed anywhere in the rule chain. If one condition fails, the rule will stop running. Learn more about conditions

Actions run once a rule is triggered and all conditions are met. You can perform many tasks, such as editing issues, sending notifications, creating sub-tasks, or adding audit messages. Learn more about actions

Use automation at scale

To give you an overview of what you can achieve with automation, we’ve prepared three examples of rules you can use to make the work go smoother.

Keep your board and instance clean

To make sure no ad hoc tasks disturb your team’s workflow, you can set up a rule that will handle any issues that aren’t epics or stories by assigning them to the right people. 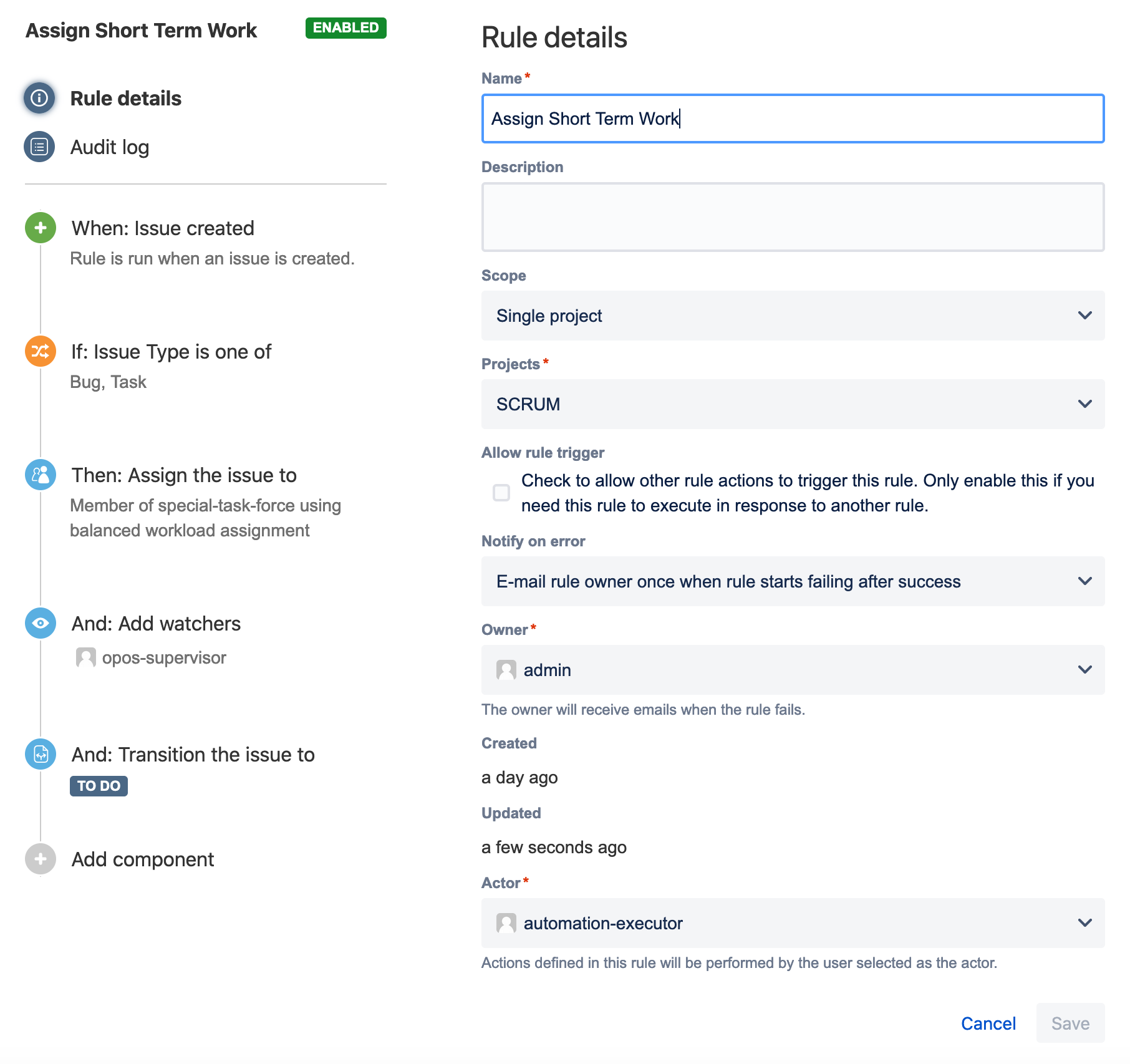 With many active issues comes the hard task of keeping track of them. Luckily, you can set up a rule that will find any issues that haven’t been updated for a while and send out a reminder to the assignee. 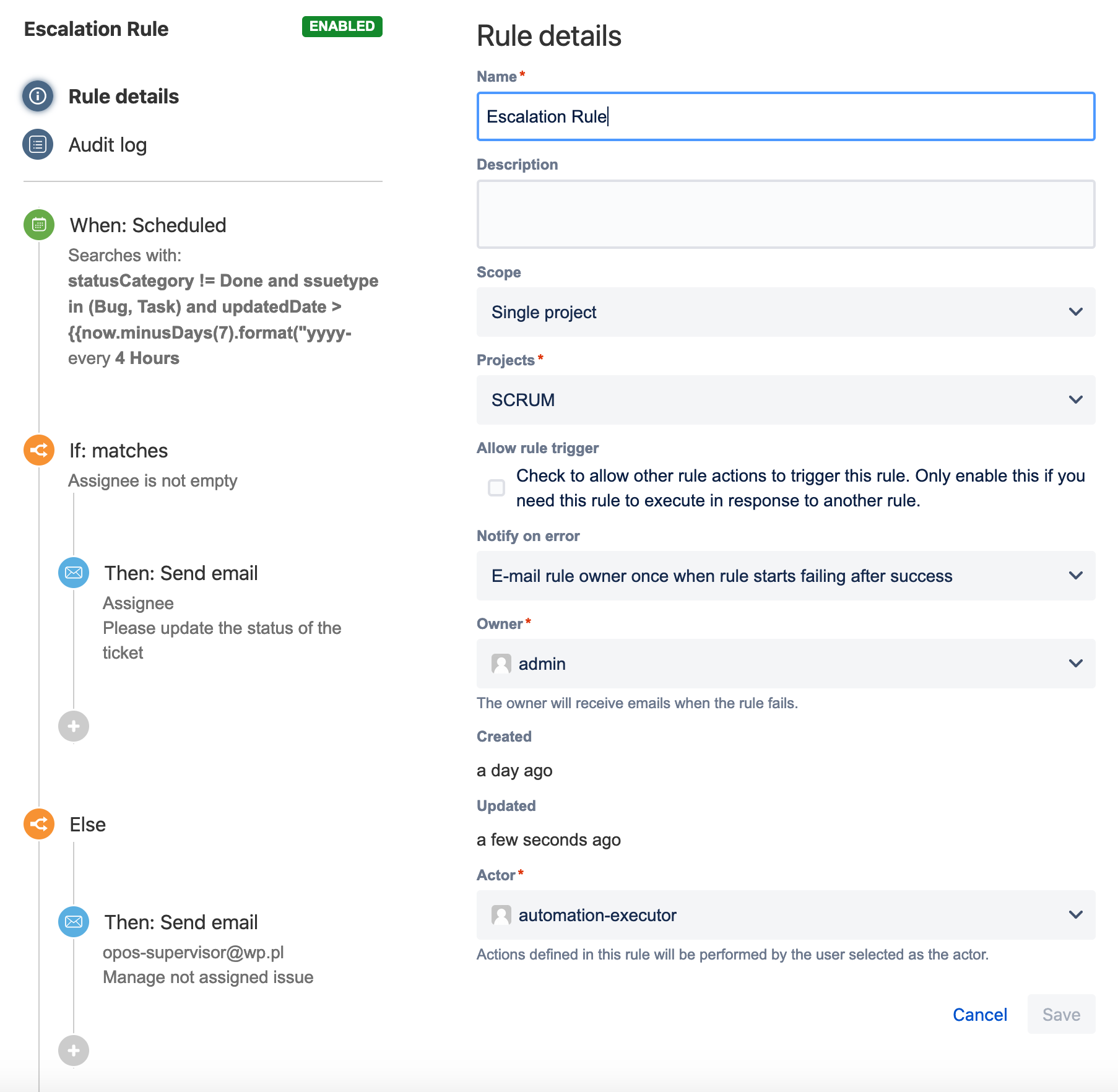 This rule is built on top of the scheduler that allows it to check for issues selected in a JQL query every 4 hours. Since there is a JQL result limit in Automation for Jira, this rule runs more than once a day to fully process the JQL results even at a large scale.

For every release, there are some activities that are repetitive and thus, unnecessarily time-consuming. For example, updating your documentation or building an artifact. With a rule that helps automate those processes, your team can focus on what’s really important. 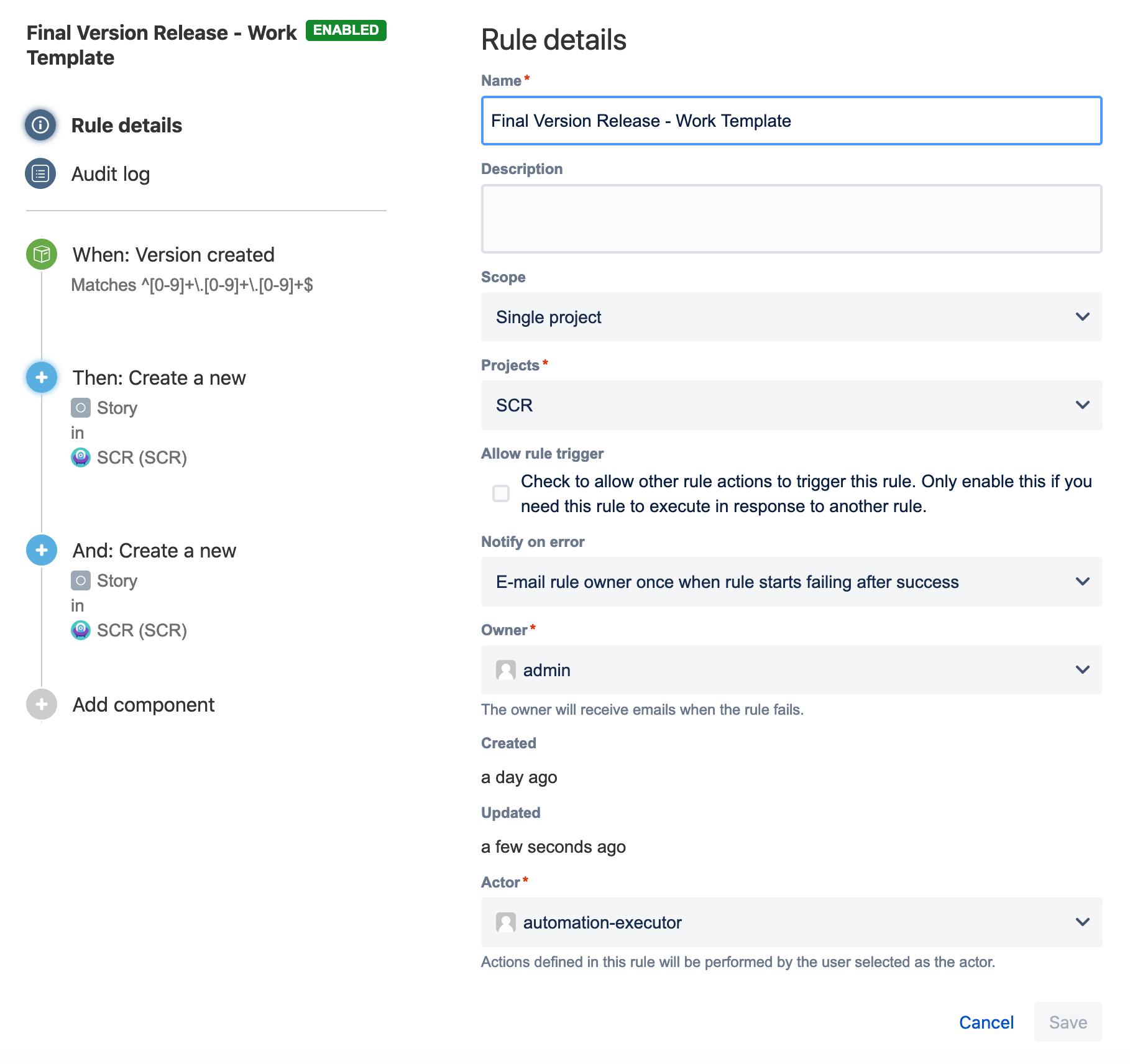