We recognize that every development team has a unique way of working. Nevertheless, for the purposes of testing, we've settled on what we think is a typical usage profile, based on information from existing Bitbucket Data Center users and our own software development process. That profile is described below, and is an important part of understanding the relevance of the test results.

This page outlines the hardware we use, and describes the testing methodology we use to ensure that our measurements are accurate and consistent.

Better user management - Bitbucket Data Center is able to service more users concurrently as each node is added to the cluster. 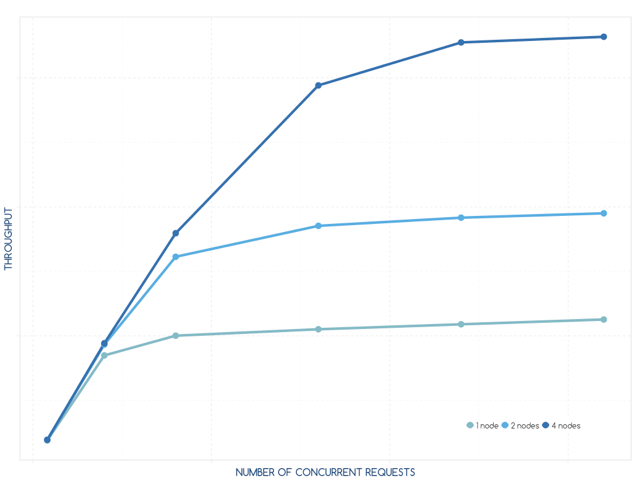 Bitbucket Data Center deployment with more nodes is capable of servicing more requests as the number of requests increases.

The following sections describe the testing environment and methodology we use for our performance tests.

To ensure that our measurements are accurate and reproducible, all testing is conducted on bare metal. Our test lab is completely isolated from outside interference and before each test is executed the lab servers are sanitized and reinitialized using a purpose-built test framework.

To generate enough load to exercise a multi-node cluster, we use a number of load generator servers each containing 24 CPUs and 48 GB of RAM. Additionally, these loader servers are equipped with SSD hard drives to remove IO restrictions. During a test run all system telemetry is collected and dispatched to a central server where it is collated and attached to the run that produced them. The system telemetry is analyzed using R and Python scripts. From this information we can see exactly what each part of the system was doing at any given point in time. Java Virtual Machine, Tomcat and Bitbucket statistics are collected using JMX.

Our Bitbucket Data Center deployment is built from the following components:

We concentrated on testing functional areas that are used on a daily basis and have a high impact on the overall throughput of the system . These are:

Test scripts are tuned to emulate a desired usage profile by adjusting the following criteria:

Before a test is executed the cluster is seeded with a number of Git repositories of various sizes.

All performance tests are run on the same controlled, isolated lab at Atlassian using the hardware listed below.

The typical usage profile we use is made up of the operation ratios shown in the pie chart below. The load is evenly spaced over typical web interactions (login, landing page, project and repository viewing and source browsing), pull requests (code review and collaboration) and hosting operations. We think these proportions are representative of the core workflow of a software development team. 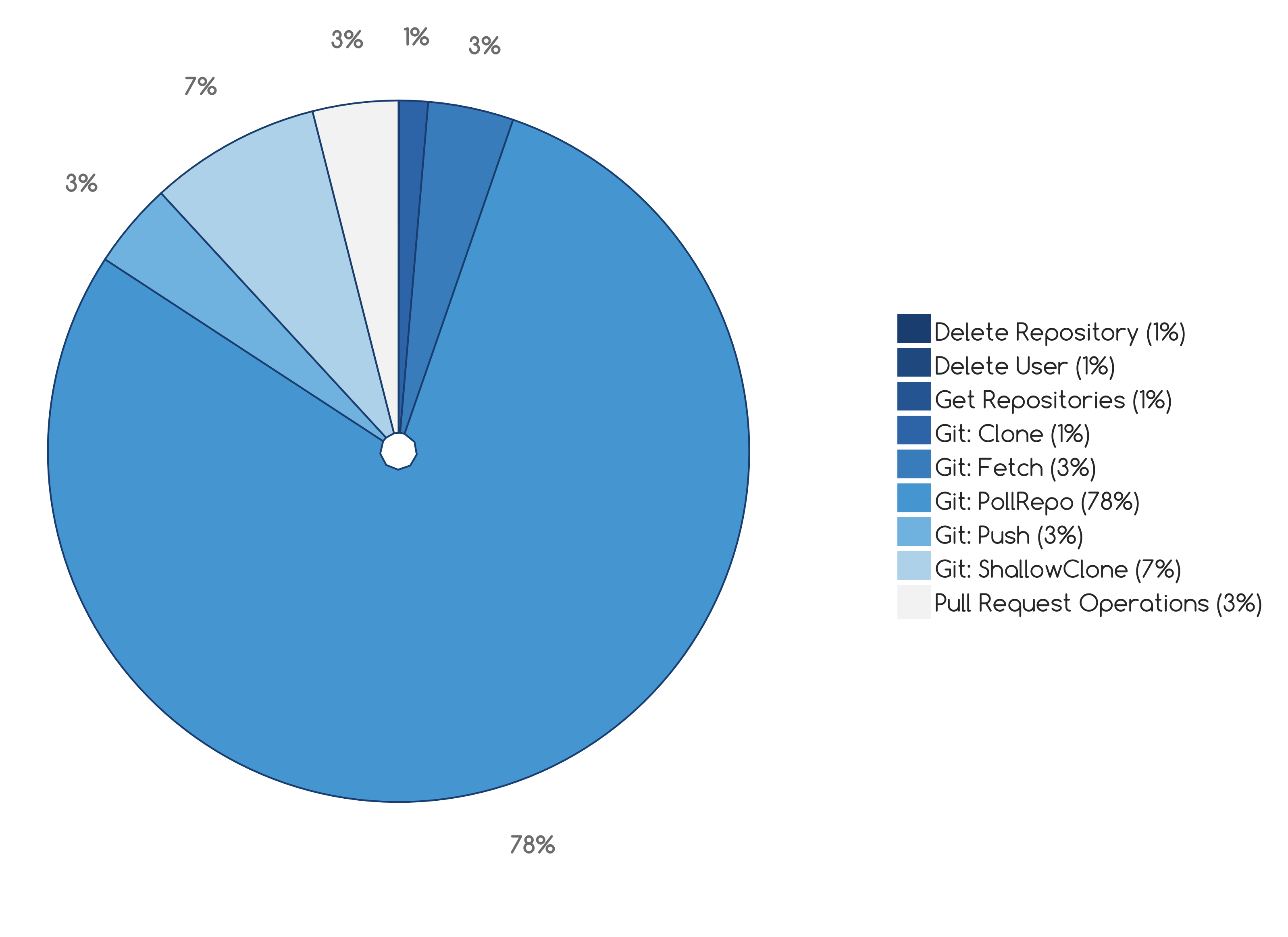 Usage profile is representative of the typical workflow of a software development team.