We’re excited to announce that the Bitbucket Server 6.9 release is now available.

We’ve included some important information to help you prepare for our upcoming 7.0 platform release, so make sure you read on.

In Bitbucket Server 5.15 we added Code Insights, a feature that allows CI systems and other analysis tools – like static code analyzers, testing tools, and security scanners – to surface insights about code quality in pull requests. We designed it so issues related to code quality could be viewed and acted on during the normal code review process, helping to progressively improve code quality.

With Code Insights merge checks you can now block pull requests from being merged until their Code Insights quality reports meet your requirements. You can block merging if a quality report isn’t present, if it doesn’t pass, or if annotations of a certain severity are on the diff. To learn more about this feature, see checks for merging pull requests. 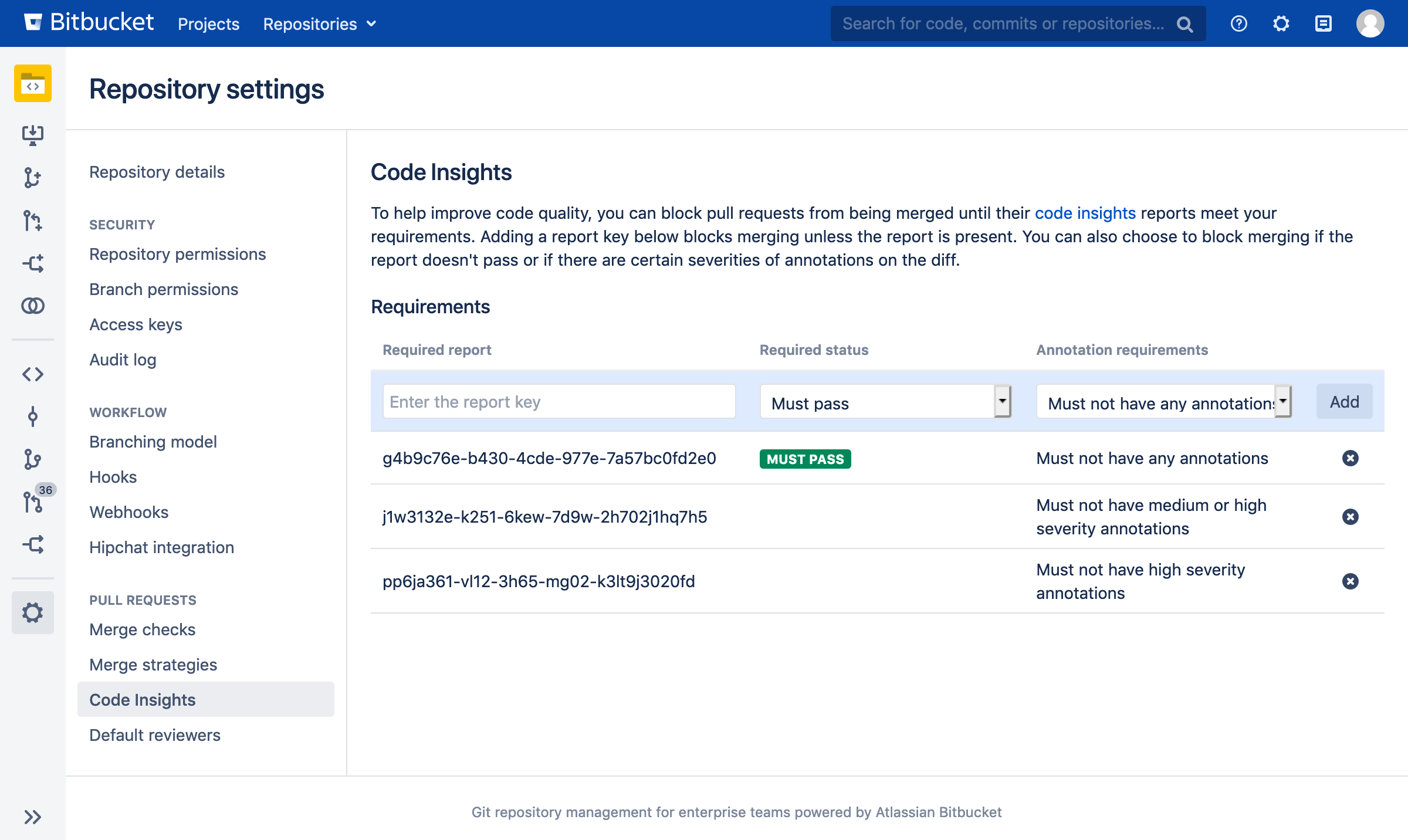 See the author and the committer in Bitbucket Server

Figuring out who authored and who committed just got easier. If these tasks were done by different people, Bitbucket Server now shows both of their avatars on the commit. This extra information can be helpful in a range of situations. For example, on a cherry-picked commit you'll now be able to see the original author and the cherry-picking developer. 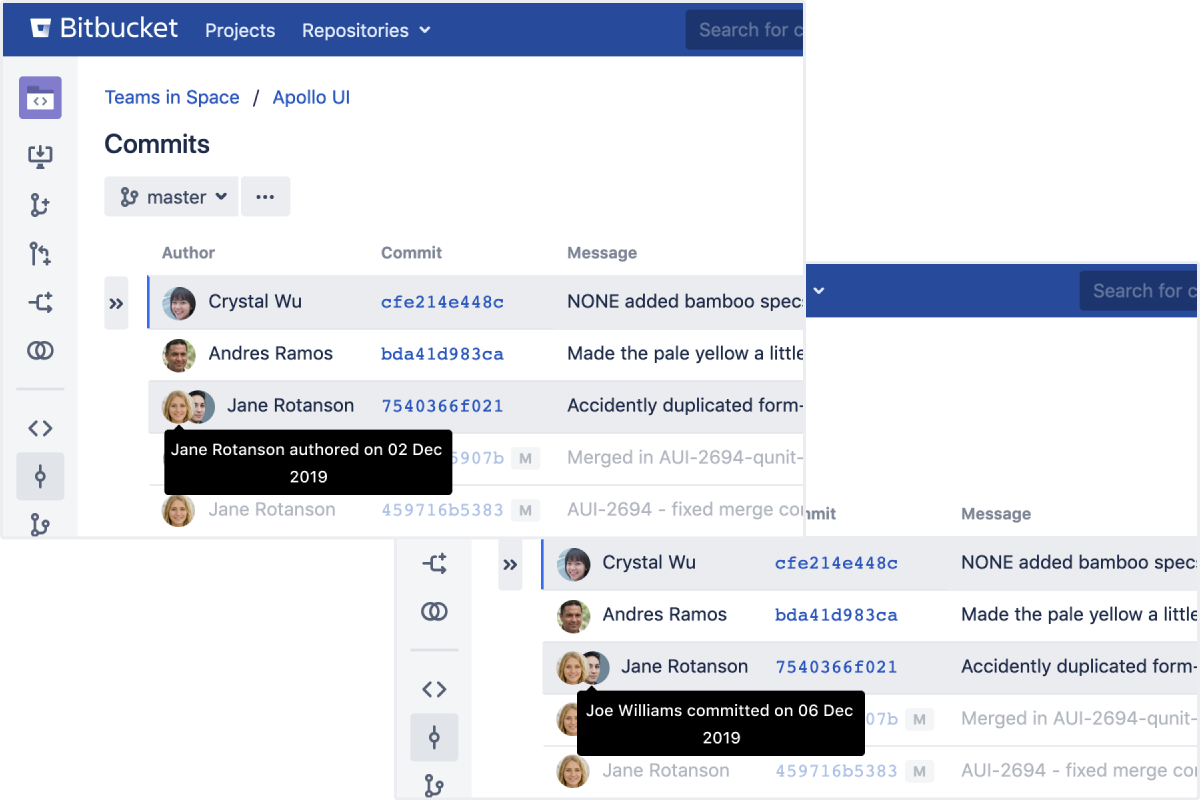 You can hover over the author and committer's avatars to find out when these actions took place.

Bitbucket Server 6.9 with Git 2.24 or higher will automatically enable Git’s commit-graph feature, which can provide a significant performance improvement for a variety of operations. The commit-graph file format is faster to parse than decompressing commit files and parsing them to find their parents and root trees. Another advantage to this feature is the inclusion of extra information that helps avoid parsing some commits altogether.

Be better prepared when you upgrade to Bitbucket Server 7.0

After upgrading to 7.0 early next year, you may notice reduced memory consumption due to some changes we’re making. The only catch is that Bitbucket Server will no longer run on unsupported operating systems because delivering that improvement required switching from using Java’s ProcessBuilder to manage git processes, to a different approach based on native operating system APIs.

The 7.0 release isn’t changing what platforms are supported, rather it’s simply enforcing the supported platforms we’ve always had. To make sure you have ample time to prepare, we put a check in place that detects whether or not you’re on a supported platform. If the system detects that you aren’t, we’ll display a warning banner and an alert in the UI.

More details to help you determine what is supported can be found in our Supported platforms page.

We’re switching from a 3-way diff to a 2-way diff in Bitbucket 7.0. This means that from 7.0 onward, when viewing a pull request, the diff shown is a diff between the tip of the source branch and its common ancestor with the target branch. As a result of this switch, you’ll see the following primary changes:

Before upgrading from an earlier version, check out our upgrade guide and upgrade matrix. Remember to renew your active software maintenance license too.