This page discusses the usage of Advanced Roadmaps live plans. If you're using the redesigned planning interface, see this page instead.

You can create issues directly in a plan in Advanced Roadmaps — no need to go to your Jira instance to do this. You can also delete issues from a plan, in the sense that you can exclude or remove issues so that these issues don't display in the plan anymore.

To create an issue: 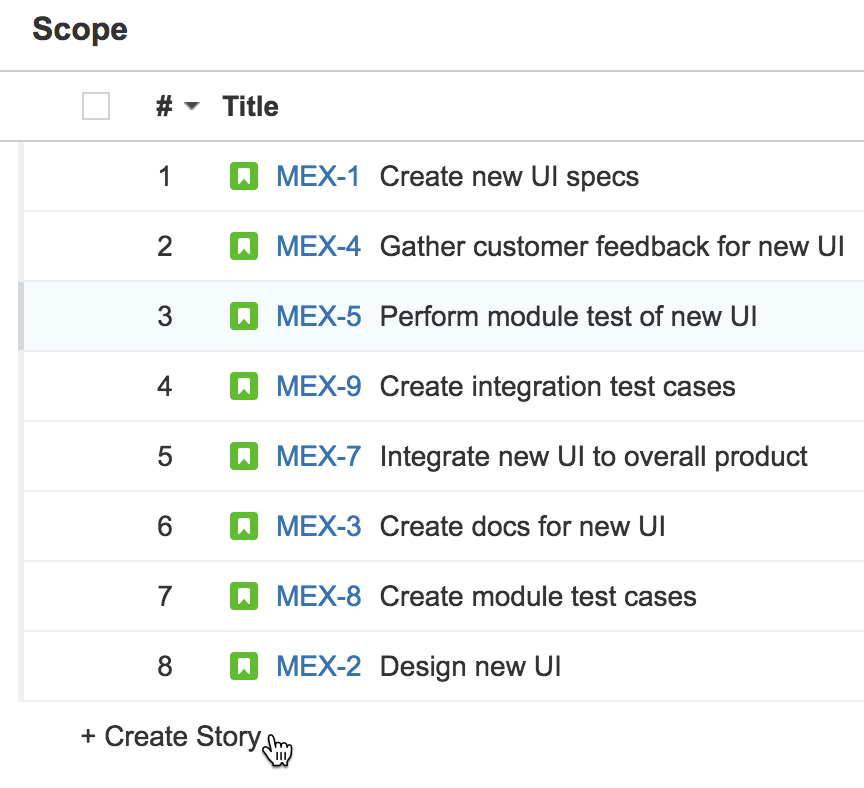 You can also create an issue after a specific issue, effectively giving the new issue corresponding priority after that specific issue:

To exclude an issue from a plan:

Excluding an issue from a plan in Advanced Roadmaps will remove the issue from the plan. However, the issue will not be deleted from the Jira instance.