We recommend upgrading Jira Service Management regularly, but if your organisation's process means you only upgrade about once a year, upgrading to a Long Term Support release is a good option. It provides continued access to critical security, stability, data integrity and performance issues until this version reaches end of life.

The performance was measured under a user load we estimate to be peak traffic, on a 5000 users instance. For more details on actions and how we tested them, see Testing methodology. 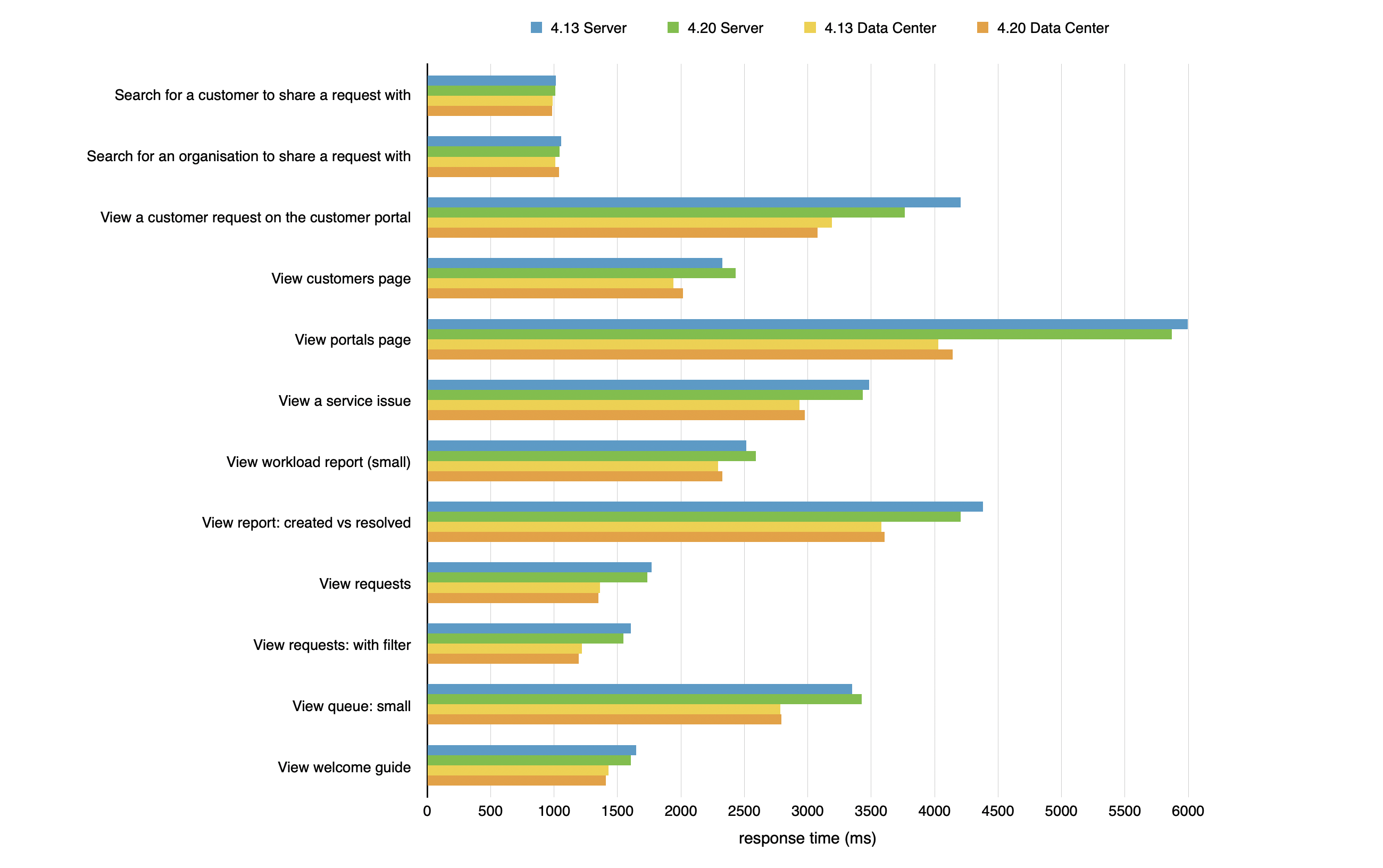 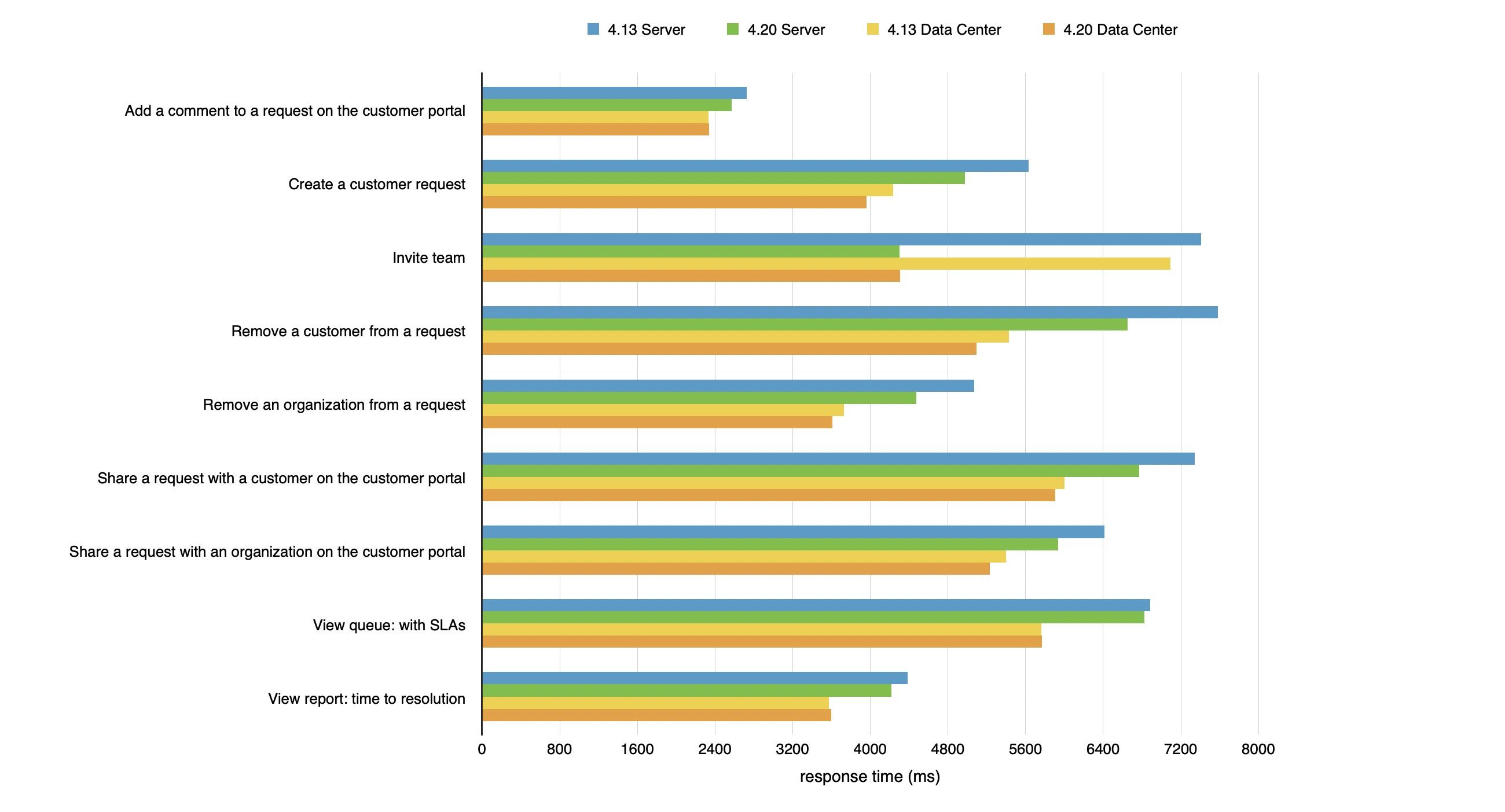 The performance is stable across the product, under high load, with a few improvements. The highlights:

A notable exception is a slight 300ms degradation in "View organizations page".

We'll continue to invest in improving future performance so that service desk teams can move with ease through their workspace, and our largest customers can scale confidently.