In Jira, you’ve got lots of tools to stay on top of your projects. From stories to sprints and versions — you are well set.

However, as a regular Jira user, you know this isn’t entirely true. Managing everything can be painful. Versions get out of sync between projects, issues get left loitering in the wrong state and sometimes people just make mistakes!

While pre-baked automated solutions are convenient, often they don’t do what you really need. Scripts, while powerful, are hard to understand and maintain. That’s why we built Automation for Jira Server!

We’ve made working with versions seamless and super easy to create or customize.

1. How to use Automation for Jira to improve Continuous Delivery

Continuous delivery through your CI tool is all the rage. However, making that work with Jira can be tricky.

For example: how do you deal with new version numbers in a CD world? No-one wants to manually create versions and update issues. Or have you ever wanted to know when a bug was fixed only to find out that no one had set the fix version?

With Automation for Jira, we’ve automated our build processes (see below) so that it’s super easy to manage new versions and keep the issues all up to date. 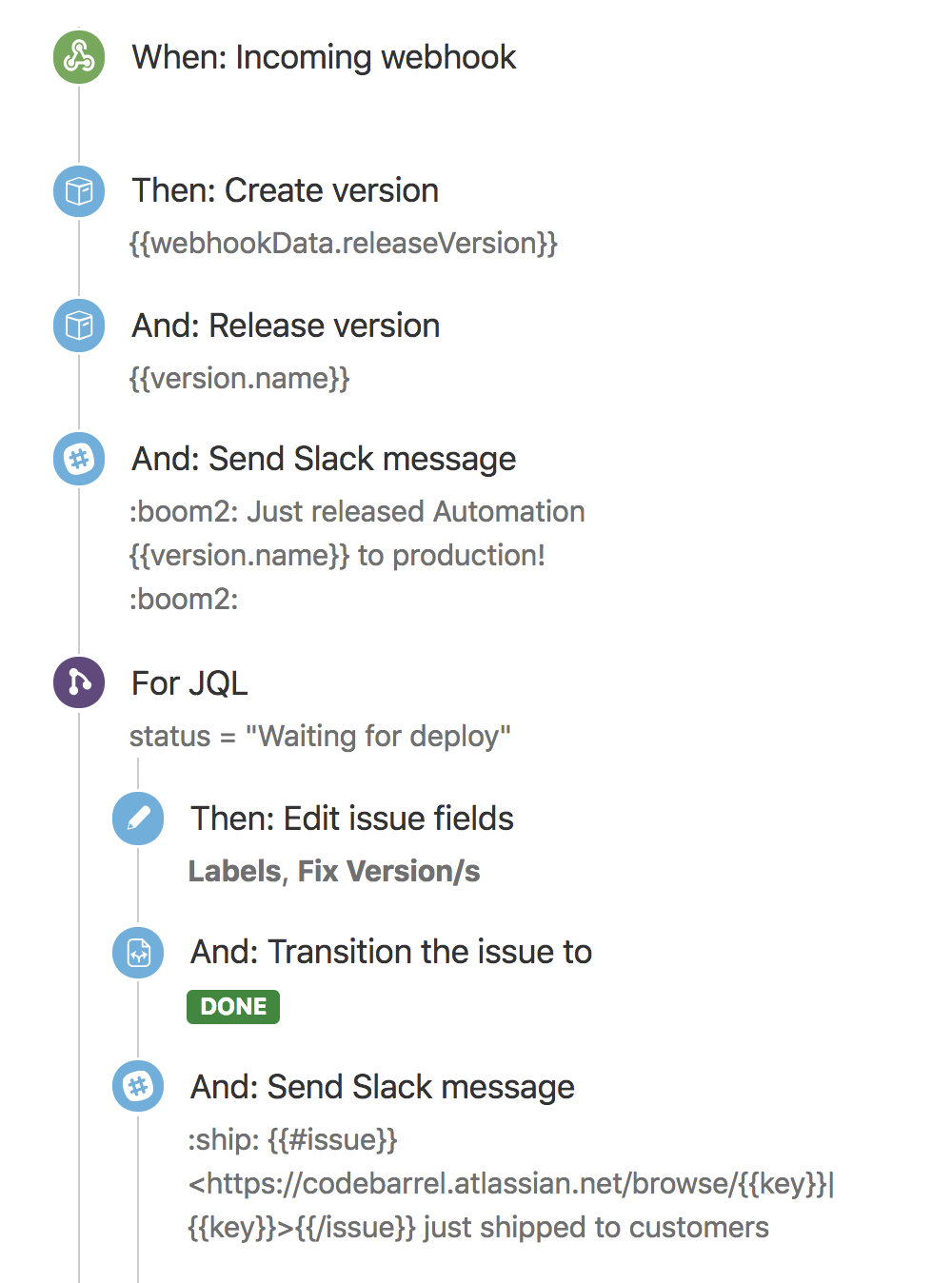 This does a few things:

So now you can easily search for issues fixed in that version and use any of Jira’s reports around versions. With zero intervention from the user, all of your versions are in sync and up to date.

If you use multiple projects for the same product or project, you are probably manually creating the same version over and over again. Not fun. In our team, we have a support project, public issue tracker and an internal project for engineering tasks. Traditionally keeping versions in sync here was tedious and error prone .

Now, it’s easy. By using the rule in the screenshot above — the versions will automatically be created in all three projects.

3. Automatic deploy after a sprint

Closing a sprint can also be a trigger for running a deployment. Our rules can trigger off an external build process via webhooks. Once this completes, you can complete other release-related tasks like: ‘create matching versions’ and ‘set all completed issues to that fix for version’. Actions can also trigger on sprints being created, started and closed.

This next part is a gem. Because all data is up to date, you can use Automation for Jira to inform developers and customers about what just got released. We generate release notes with all of the released issues and post that to our chat room. You can easily customize it to HipChat, Slack, Stride or email. Instant visibility and no manual work!