Automation for Jira Server solves thousands of use cases but synching parents and sub-tasks is probably the most common.

Typically if your ‘parent’ issue transitions to ‘done’, you will want the sub-tasks to obediently follow them. Using our related issues branch, this is simple.

What else can we sync in Jira?

It is rare for a Jira issue to exist in isolation. So, in the branch rule, we have made it possible for you to work across pretty much anything. This includes:

You can then use all of the same conditions and actions you’re used to, to perform tasks with the related issues!

There’s a huge number of new use-cases that this can be used for. Just a couple of the more popular ones:

But wait there’s more! Smart-values got even smarter! You can now also easily get access to a parent or epic’s data via:

For components in a related issues branch, you can always access the issue that originally triggered the automation rule via {{triggerIssue}}, so you can access {{triggerIssue.fields.assignee.displayName}} for example.

Smart values can now also be used anywhere you use JQL (so you can search for “parent = {{issue.key}}”) and you no longer need to lookup custom fields by ID! The following two smart-values are now equivalent:

It’s been a busy week here at Code Barrel, but there was one more thing we wanted to ship to complete the “Related Issues” story — a new condition to check if all (or some) related issues match a given JQL query! 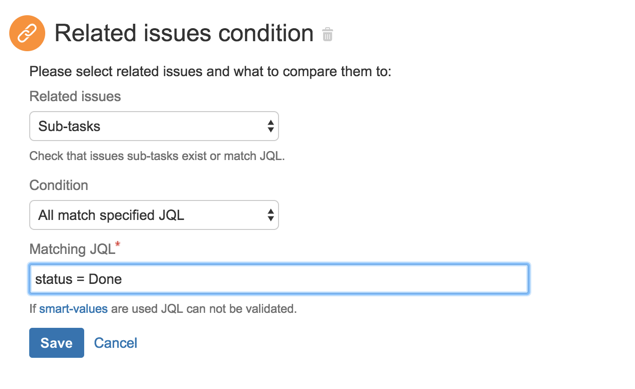 Since we wrote this blog, we have built a new condition called the Issue Fields Condition which makes things even simpler. While the related issue condition can still be very useful, this new condition means you don’t need to worry about JQL so much. 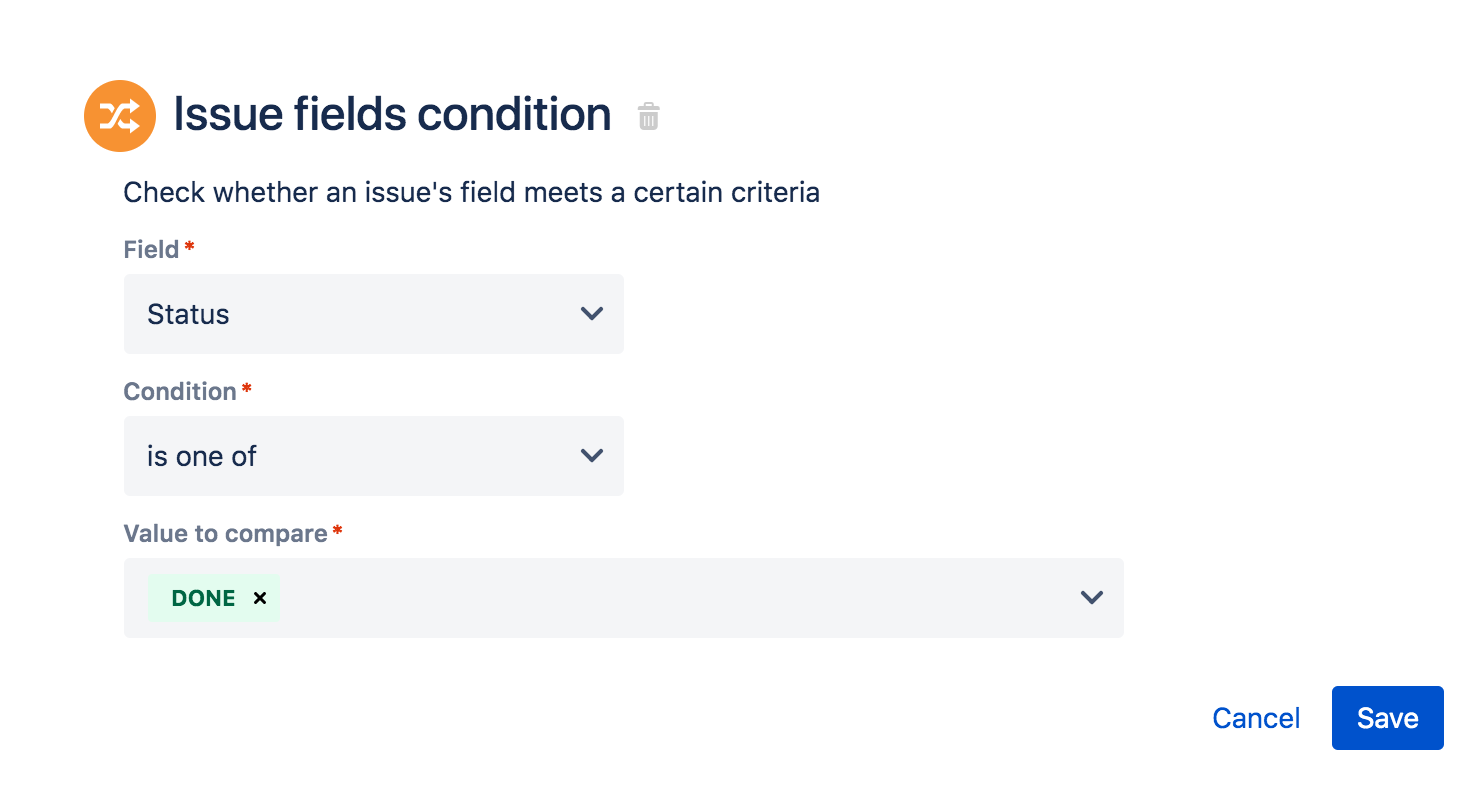 This will allow you to for example transition a parent to “Done” if and only if all sub-tasks have been completed!