This page contains instructions on how to tune Clover's performance when running your builds and measuring code coverage.

This speeds up the build at the loss of some accuracy. This is the setting to use if you want to improve Clover's performance. When this attribute is set to 'statement' (the default), the builds will take longer but the optimization intelligence will also be stronger.

You can configure instrumentation level in the following Clover-for-Ant tasks:

This appendix contains few sample performance results based on a synthetic and a real code. Results in your project may be different.

Standard test of unit tests was executed and a total time of test execution was measured. 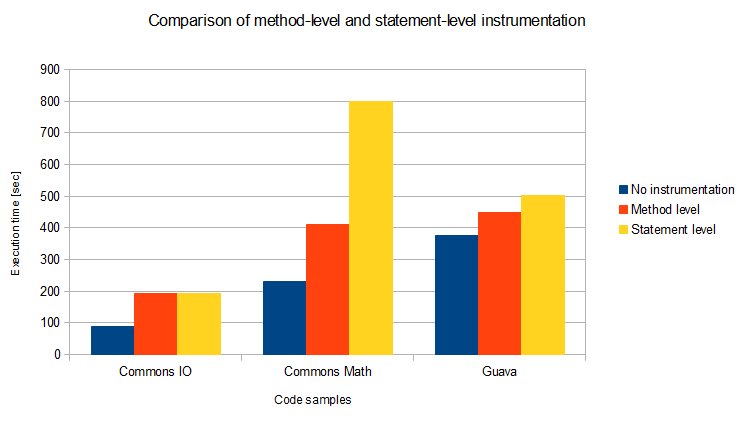 (*) only 200 test classes were executed for Commons Math

Performance penalty for a method and statement instrumentation level may vary significantly, especially for CPU-intensive applications.

was instrumented using Fixed Coverage Recorder and executed with different per-test recording strategies. In order to have roughly 10'000'000 hits recorded by Clover, application was executed with following arguments: 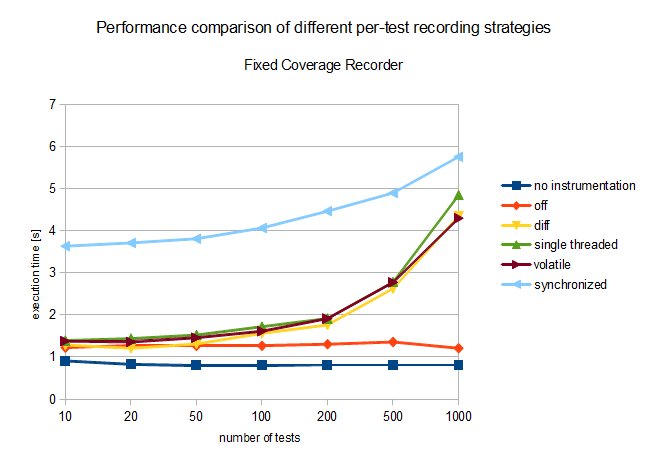 For a large number of tests, performance is mainly affected by a fact that the coverage recording file is being created on a hard disk. If you have more than 1000 tests there is practically no difference which strategy is used.

For CPU intensive applications the "diffing" strategy is slightly faster than the "single-threaded" or "volatile".