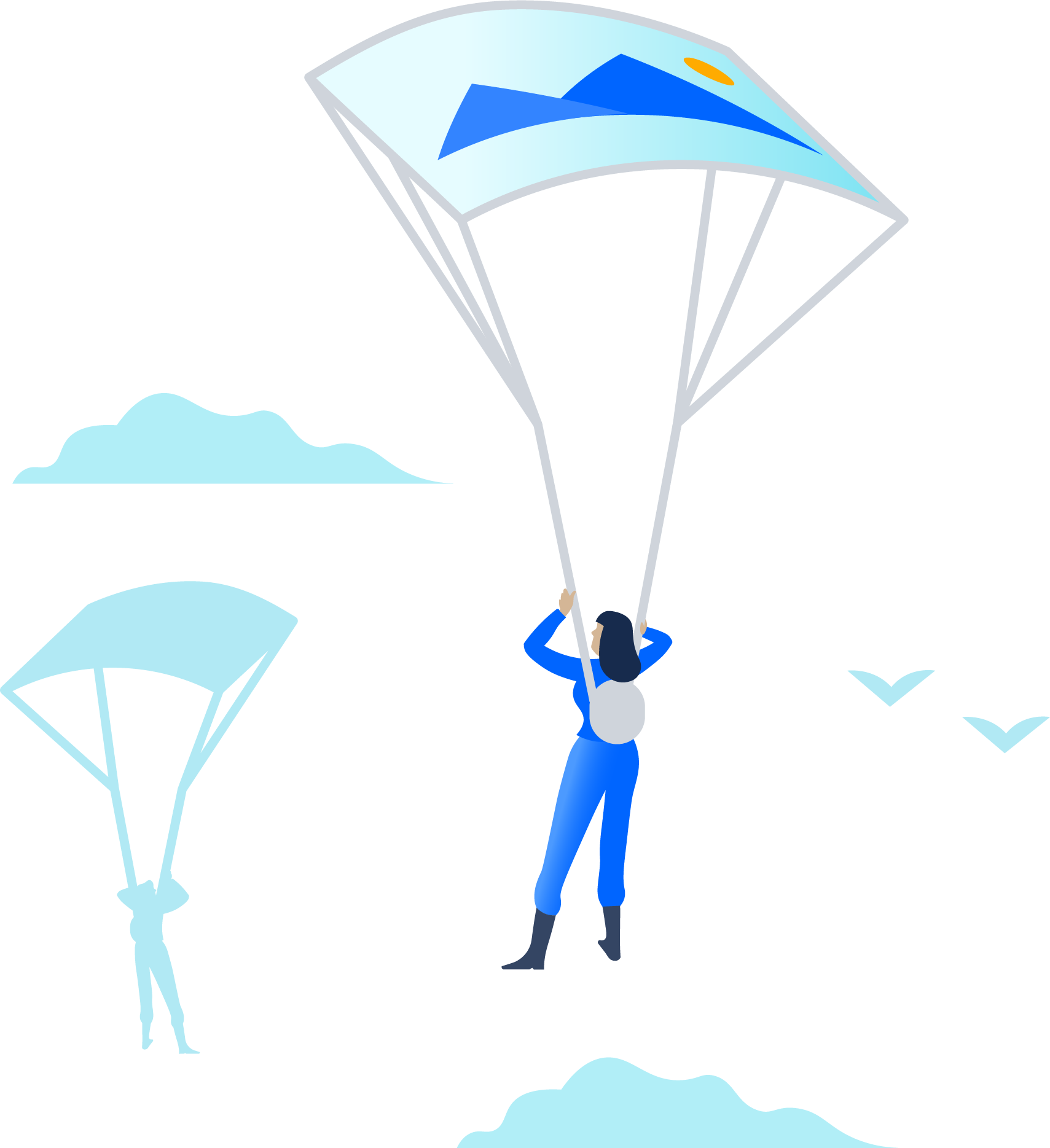 One of the best ways to keep communication flowing is to mention people in pages and comments, but mentioning the right person can be laborious in a large organization.

Cassie's working on a project with Harvey, so she's been mentioning him a lot. Cassie types @ and there's Harvey at the top, just after Cassie herself (because let's face it, we mention ourselves a lot too). 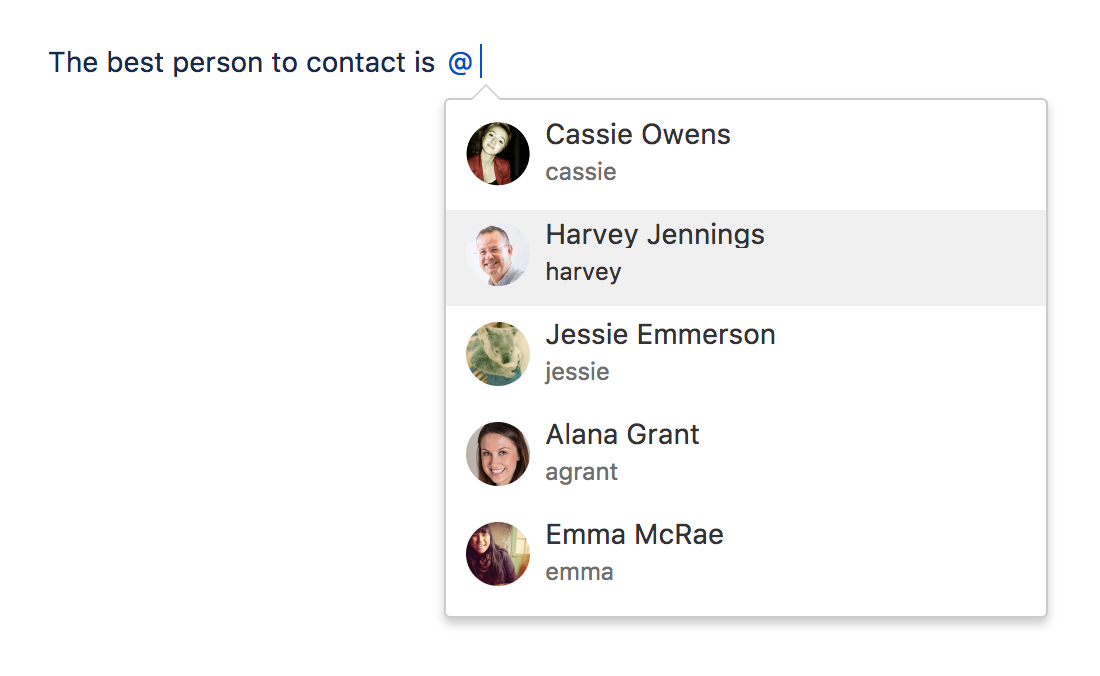 Trinh wants to mention Emma on a planning page, so she starts typing @emm. Because Emma is not one of Trinh's recent mentions, but has previously edited this page, she's marked as a contributor, which makes her easier to spot in the list. 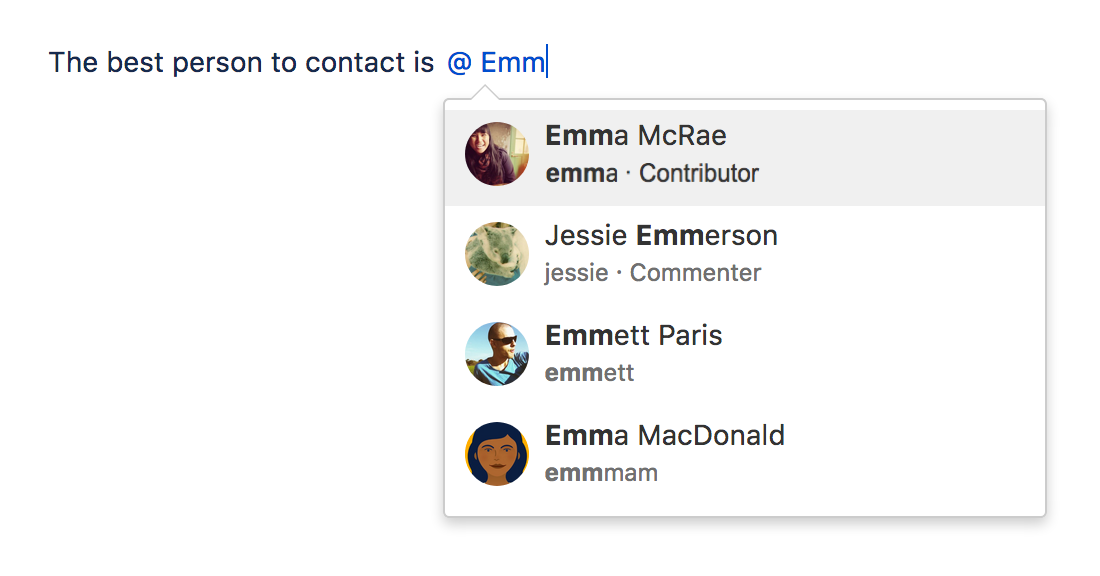 Previously we suggested the people in your network first (people you're following, or who are following you), but the reality is that the people you want to mention will change based on what you're working on at the time. This is why we've chosen to prioritize the people you mention regularly over a static set of people that you follow.

Oh, and it's a LOT faster too.

Confluence gets a fresh, new look

We're bringing a refreshed look and feel to many of our Server and Data Center products, and Confluence is the first cab off the rank. This work is based on the new Atlassian design and includes things like updated colors, typography, and icons. Take a look... 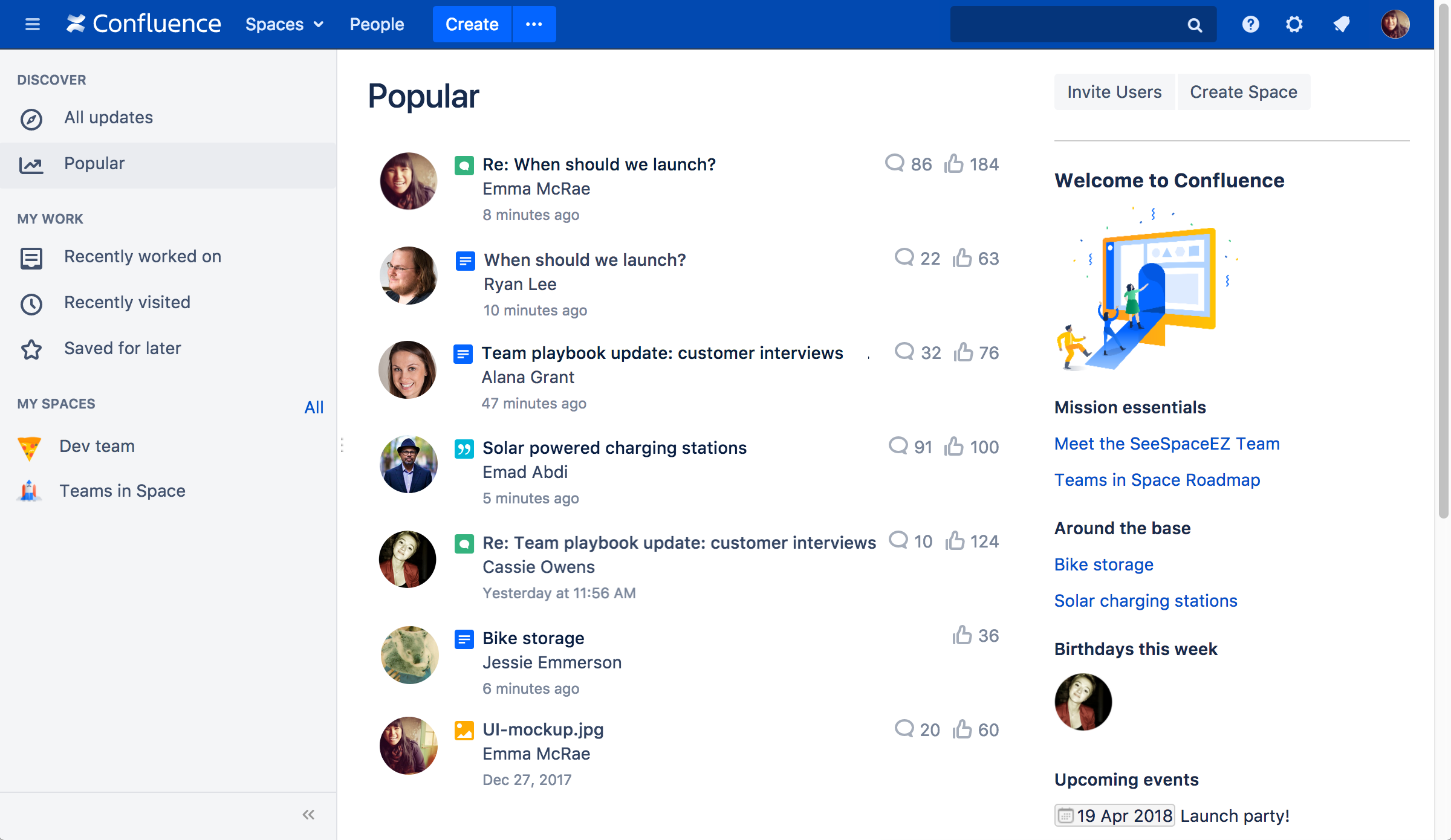 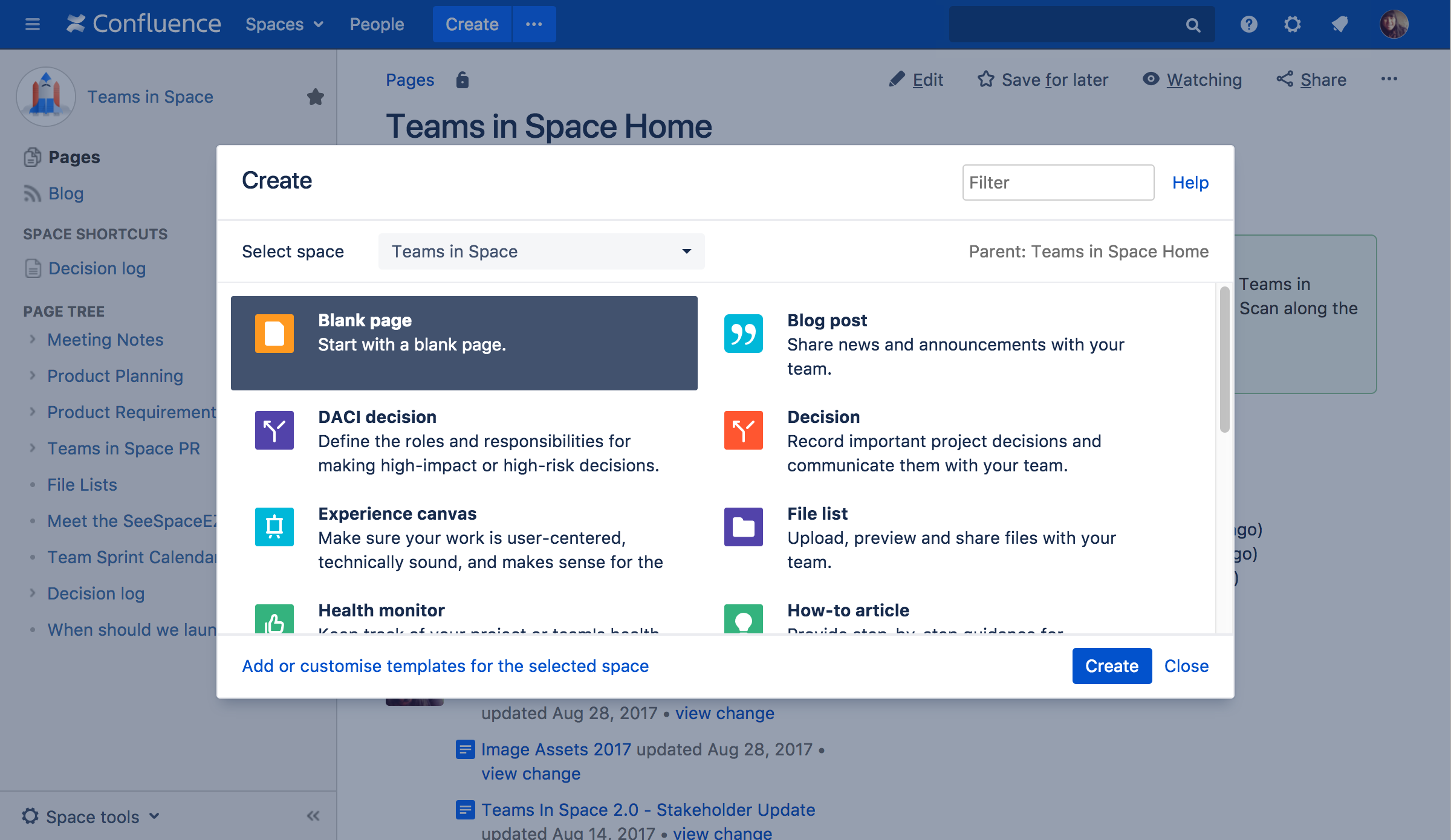 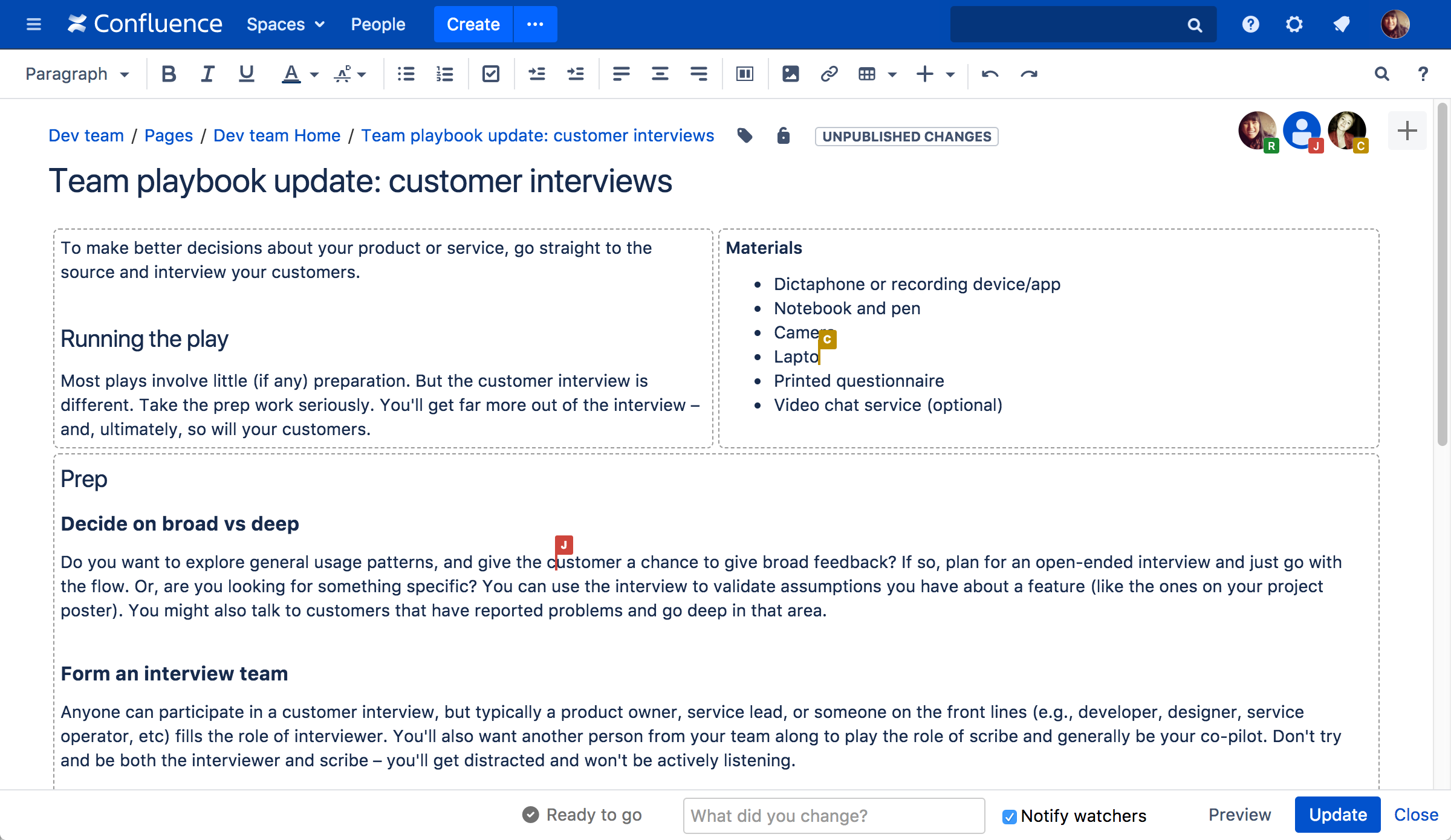 We've not made any changes to navigation - your favorite features will be just where you left them. If you're using a custom theme, or have customized your own look and feel, you may not see all of these changes.

We're continuing to add health checks to warn you when something is awry with your site.  In this release we've added a check to warn you, after upgrading, if your database connection pool isn't adequate for the number of HTTP threads.

You play an important role in making Confluence better. Thanks to everyone who participated in interviews with us, made suggestions, voted, and reported bugs!