Docker Runner is a Bamboo feature that allows you to run builds and deployments in a Docker container. This isolates the build process from the rest of the environment it runs in. This increases the security of your environments by providing more strict control over resources the continuous integration (CI) process has access to. The isolation also helps with the reliability of your CI by making sure that environment it runs in can be reliably recreated each time you run your builds. This increases the reliability of your builds by minimizing the influence of external applications on the build environment and allowing a finer control of resources dedicated to the build. Moreover it allows to easily reproduce the environment at a later time and on a different environment.

Docker Runner operates at the level of Bamboo jobs. A job is the unit of distribution of work per Bamboo build agents and it is itself made of a set of tasks that run sequentially. When a job is distributed with Docker Runner to a remote / local agent a Docker container is created on the build agent that picks up the job. Then the job runs all the tasks that it is comprised of in a sequential manner inside the container and finally Bamboo copies the build results of the job and cleans up. Bamboo transparently creates, manages and cleans up the Docker container when the build has finished but there are some configuration settings that can influence this process which are explained below. 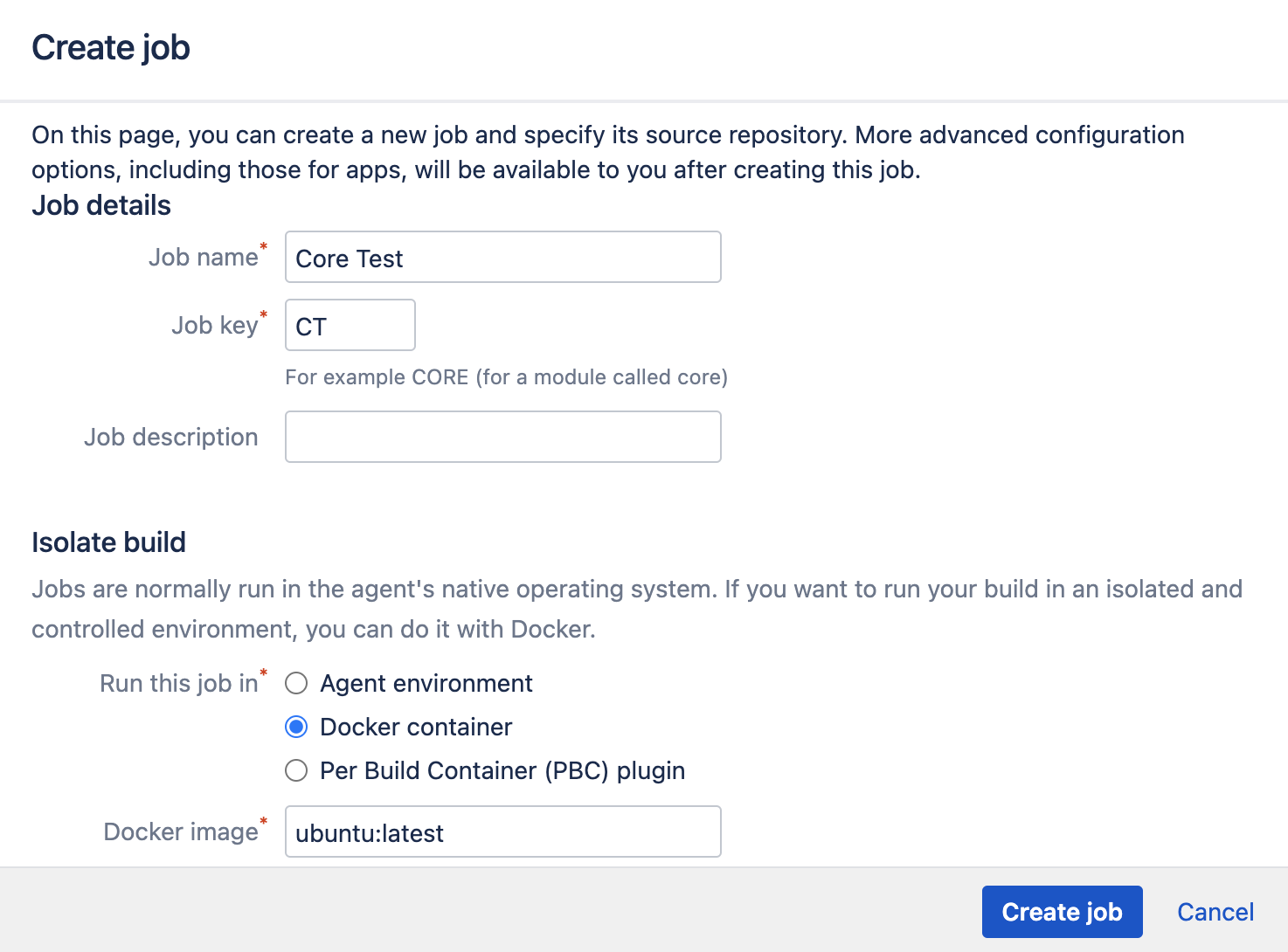 You can also define extra arguments that should be applied to the docker run command when starting the container. Note, that each argument must be put in a separate line. The input is not parsed by Bamboo, i.e. whitespaces are not valid argument separators. The arguments are passed verbatim to a system call that runs docker. For instance, in order to define environment variable VAR you need to enter either: 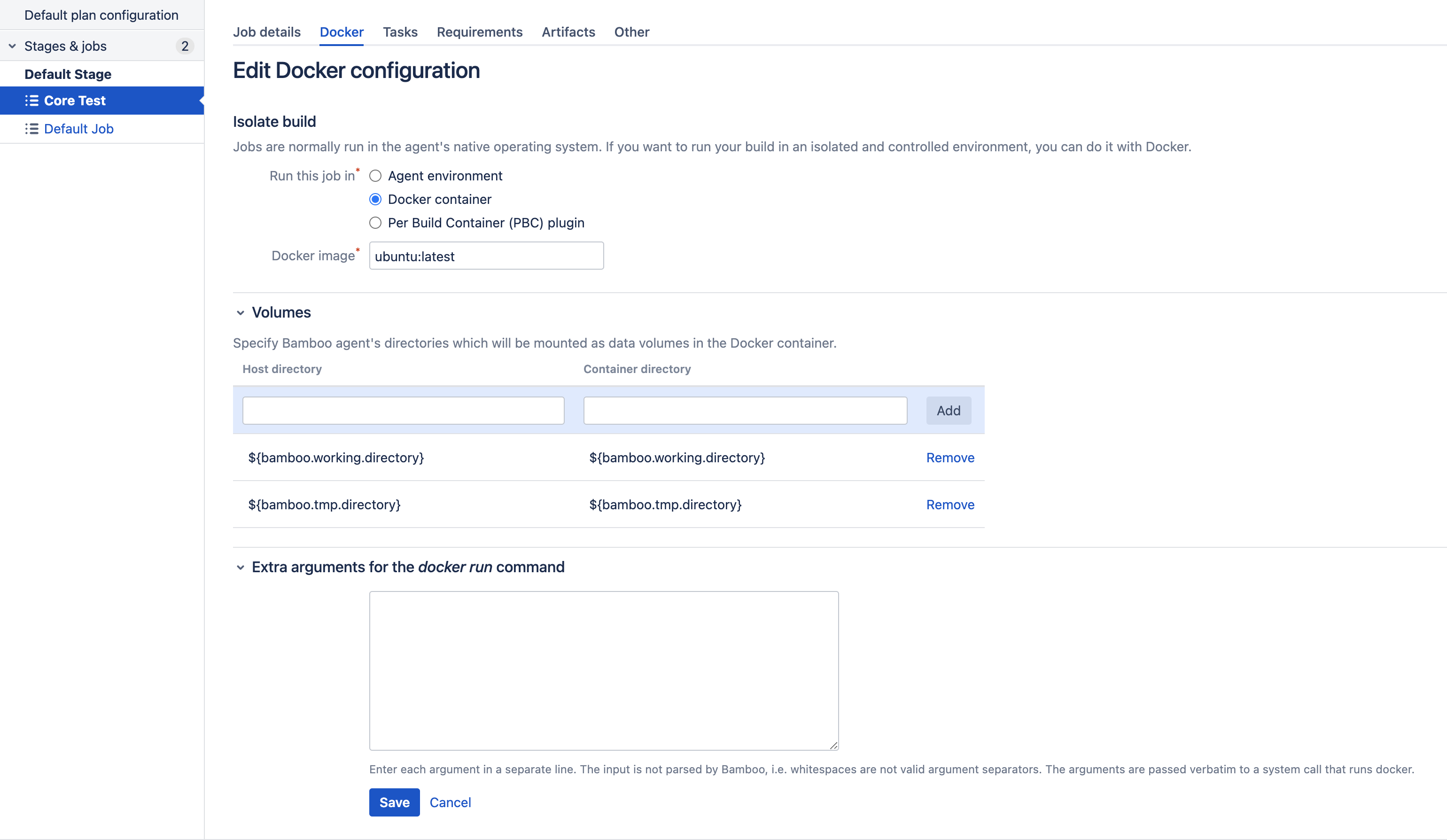