We're pleased to announce the release of JIRA Core 7.3!

In this release, we're trying to balance releasing new features that you've requested, with enhancing existing features and improving JIRA Core as a whole.

For JIRA administrators, we've added the ability to start JIRA with either all or a selection of your add-ons disabled. This helps trouble shoot upgrades and installations where add-ons may be causing issues.

We're also pleased to announce that the rich text editing editing experience we launched as a Labs feature in JIRA Core 7.2 has now graduated to the default experience in your instance. Users will still be able to select Visual mode or Text mode, but JIRA admins can also still turn the feature off altogether.

In this release, the feature we're most pleased to announce is that project administrators can now edit the workflows of their projects, with a few caveats of course. This is really the start of a longer journey to empower the project admin, which has been a long running request from our JIRA customers.

Read on for more extensive information on what we've done in this release. If you have any comments or suggestions, please feel free to send them to us directly in our JIRA instance.

The project admins won't be able to edit the workflow to the same extent as a JIRA administrator. The restrictions are: 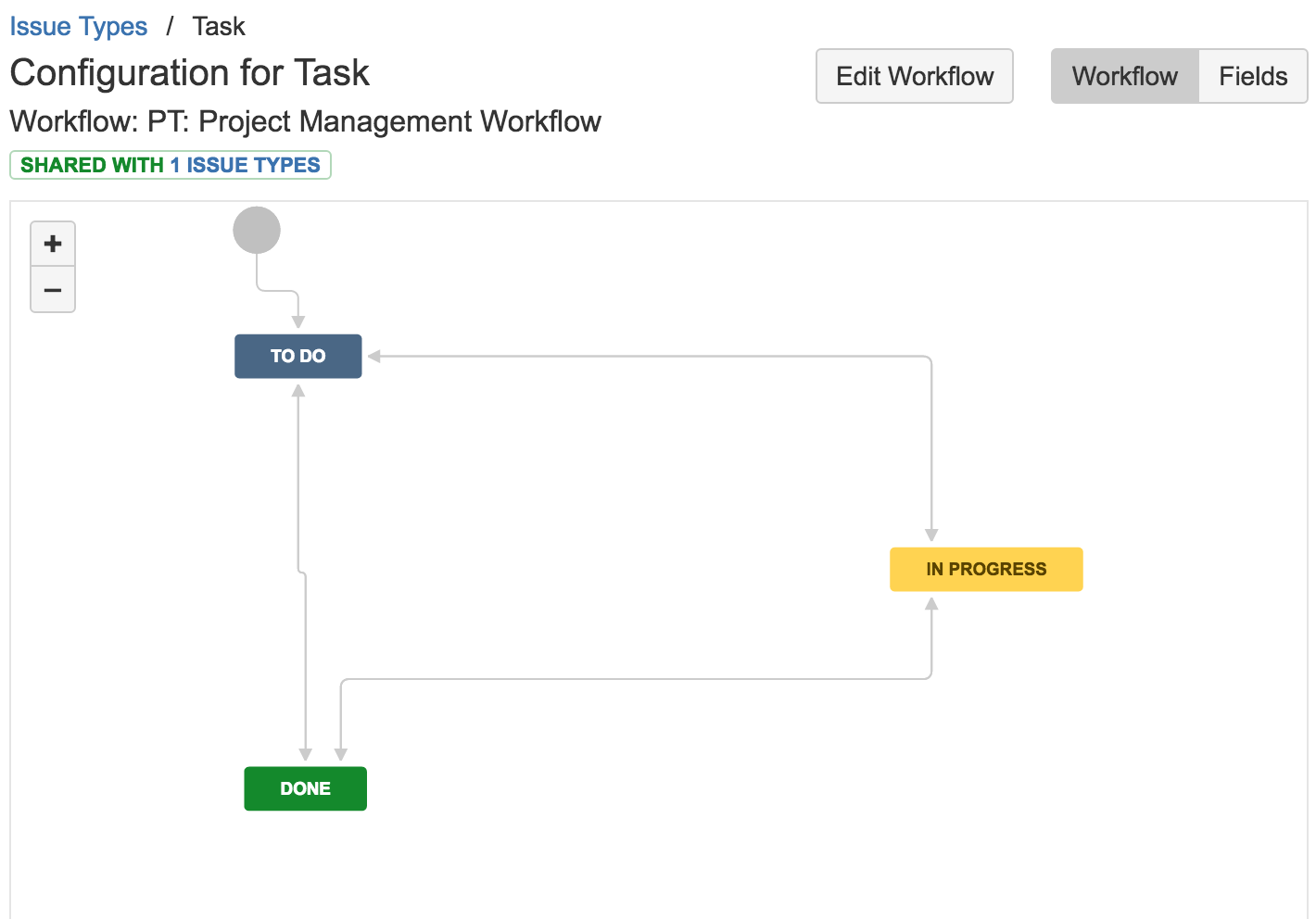 We understand this is a big change, so we've created a script that will help JIRA admins work out what the impact to their instance will be. The scripts return a list of your projects, and which groups and/or users will be able to edit the project's workflows. We've also added a new 'workflow' event to the audit log that'll let you know who made workflow changes, and to which projects.

We released rich text editing as an opt-in labs feature in JIRA Core 7.2, and now we're pleased to announce that rich text editing has graduated to the default editing experience in JIRA Core. This means when you upgrade or install JIRA Core7.3, the rich text editor will be turned on by default. This gives your users the option to either use Visual mode (what you see is what you get) or Text mode (wiki markdown). We've retained the ability for administrators to disable rich text editing if they wish, this will disable it for the entire instance, and all your users.

> System, and select Rich text editor from the sidebar.

1. Installing and upgrading start up

Now when you install or upgrade a JIRA instance, you need to actively select to start JIRA. This change was required to allow us to work with Amazon Web Services (AWS) to provide a Quick Start guide using CloudFormation templates to allow you to deploy JIRA Software Data Center or JIRA Service Desk Data Center in an AWS environment.

This feature is designed to help with upgrades and installation issues where an add-on failing during JIRA startup stops your JIRA instance from starting. You'll be able to disable the add-on/s, start JIRA and manually remove the add-on through the add-on manager.

We’ve noticed that versions 7.3.7 and 7.3.8 have performance issues and show errors while opening pages or finishing some actions. This applies only if you’re using postgreSQL and have more than 500k users. To work around it, increase the heap size by 1GB per million users. We’ll release a fix for this in the next bugfix release.

In this release, we've added Chinese translations in JIRA.

If you're a JIRA administrator and don't want to receive such notifications, you can go to

> Add-ons > Manage add-ons, search for Atlassian Notifications among the system add-ons, and disable it. For more info, see Disabling and enabling add-ons.