In delivering these features and functionality, we believe we've improved the JIRA Software experience for our full customer base. If you have any comments or suggestions, please feel free to send them directly to us in our JIRA instance.

The project admins will not be able to edit the workflow to the same extent as a JIRA administrator. The restrictions are:

This feature is enabled by default. When you upgrade to JIRA Software 7.3, all your project administrators will have access to this feature immediately. To edit a workflow, a project administrator should select Project settings in their project's sidebar, and select an issue type. This will present the workflow, and Edit Workflow will be available. 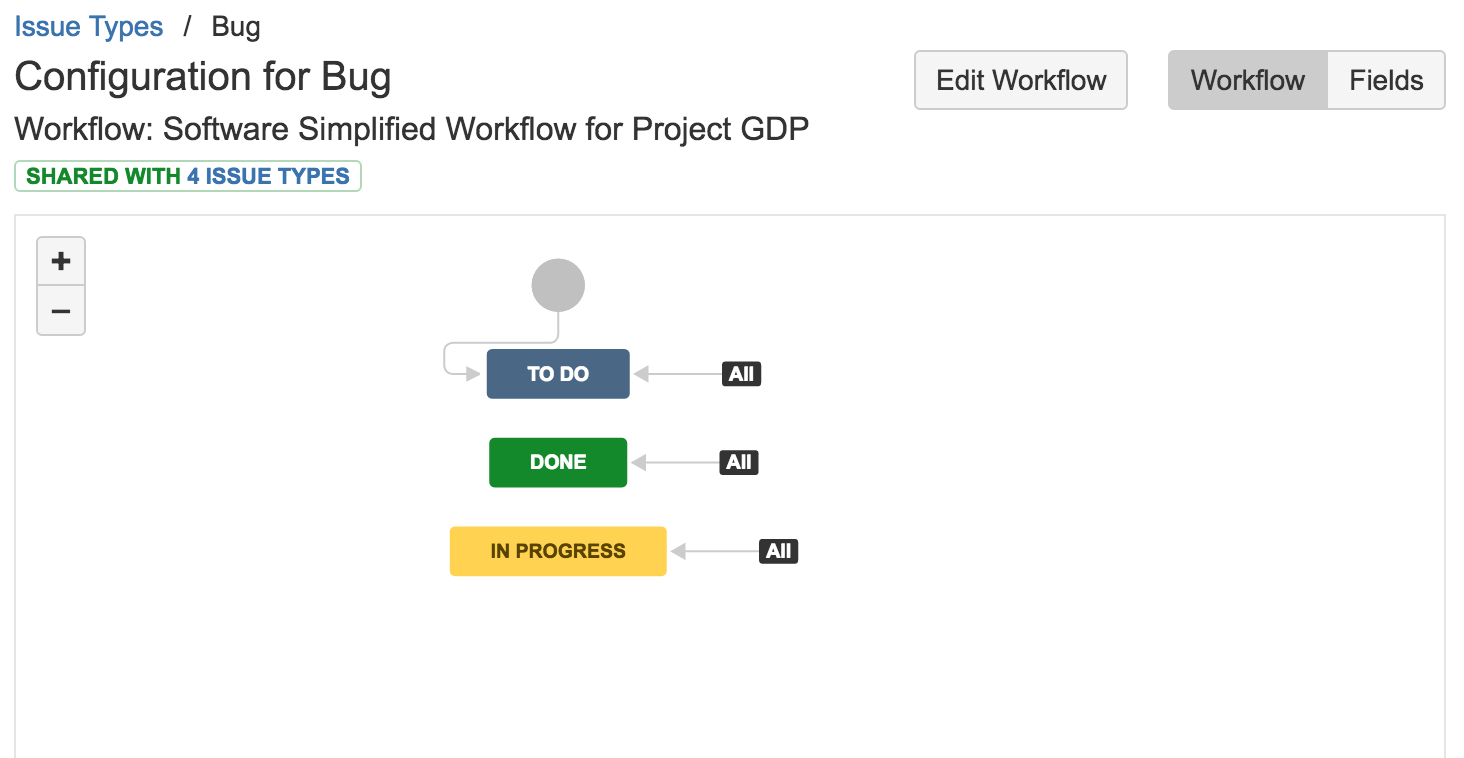 We understand this is a big change, so we've created a script that will help JIRA admins work out what the impact to their instance will be. The scripts return a list of your projects, and which groups and/or users will be able to edit the project's workflows. We've also added a new 'workflow' event to the audit log that'll let you know who made workflow changes, and to which projects.

> System, and select Rich text editor from the sidebar.

1. Installing and upgrading start up

Now when you install or upgrade a JIRA instance, you need to actively select to start JIRA. Previously, once JIRA ran the installation/upgrade, it would start JIRA automatically, before asking you if you'd like to launch JIRA in a browser. Now, there's an additional step where JIRA will ask if you want to start JIRA, and if you choose to start it, it will ask if you want to launch JIRA in a browser, This change was required to allow us to work with Amazon Web Services (AWS) to provide a Quick Start guide using CloudFormation templates to allow you to deploy JIRA Software Data Center in an AWS environment.

This feature is designed to help with upgrades and installation issues where an add-on failing during JIRA startup stops your JIRA instance from starting. You'll be able to disable the add-on/s, start JIRA and manually remove the add-on through the add-on manager.

In October 2016, we launched an add-on that would allow our JIRA Software Data Center offering to support SAML single sign-on. We've worked hard to bundle this with JIRA Software so that it works straight out of the box. From JIRA Software 7.3, you can now link your Data Center licensed instance to your existing supported Identity Provider (IdP), and provide your users with a single sign-on experience. This reduces the number of passwords a user needs to remember, and provides extra security for your instance.

We're pleased to announce that we've implemented a zero downtime "upgrade mode" in JIRA Software Data Center, which allows you to run your nodes in a clustered environment when they are on different versions of JIRA Software. This allows you to upgrade the JIRA instance on one node, while your other node/s provides uninterrupted service to your users. Once you have upgraded your node and started JIRA Software, it will be added back to the cluster, and be available for users. You can then proceed in upgrading your other node/s. To check out the process, select

> Applications, and select JIRA upgrades from the sidebar.

Note that this feature is NOT compatible with a JIRA Software Data Center AWS deployment. AWS provides different functionality to upgrade your nodes.

If you administer a JIRA Software instance, make sure you check out the JIRA 7.3.x platform release notes. We've introduced a number of features and improvements to the JIRA platform, which are included in JIRA Software 7.3, and includes features and bug-fixes.

In this release, we've added Chinese translations for JIRA.

If you're a JIRA administrator and don't want to receive such notifications, you can go to

> Add-ons > Manage add-ons, search for Atlassian Notifications among the system add-ons, and disable it. For more info, see Disabling and enabling add-ons.