In this release of JIRA Software, we've worked on what you told us you wanted, and what our research and analysis has told us we need to provide. We've worked on three key themes, and delivered features and functionality within each one:

These key themes have allowed us to deliver what we believe is our best JIRA Software release to date, and we're sure you'll benefit hugely when you upgrade.

Working smart means improving your efficiency and effectiveness, and making yourself more productive overall. To help you with this, we've aimed to make JIRA Software more efficient, and make it easier for you to get your work done.

Ever been looking at an issue on an agile board, and needed to leave the board to update it? Not any more! All the fields that are on the Edit issue screen can now be edited in the issue detail view, so you can stay in the context of your board and get your work done smoothly and efficiently. 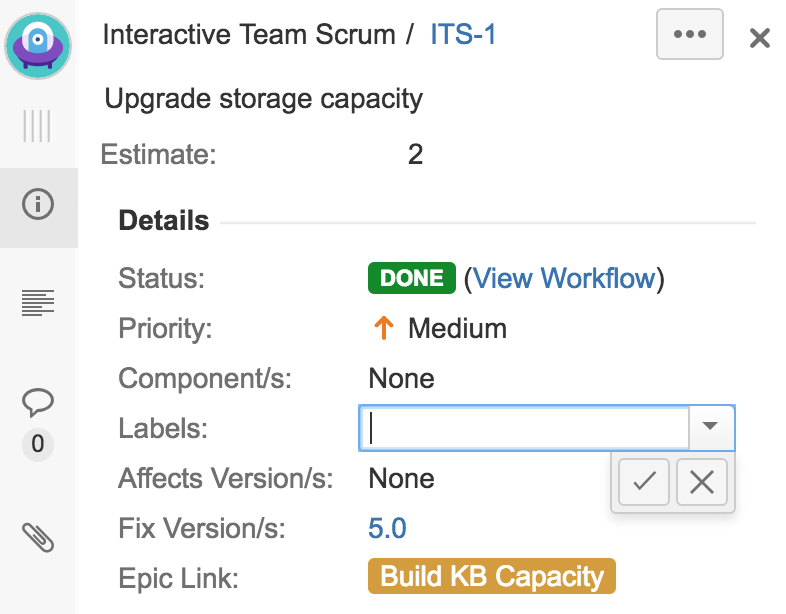 What you see is now actually what you get

You want to highlight a word in a description. You want to draw attention to your comment. But you're never sure how what's going to save when you add your wiki markdown syntax, unless you preview. Well now you don't have to. We've introduced a What You See Is What You Get (WYSIWYG) experience to JIRA Software text fields, so you no longer need to format your content like...

You can use the toolbar or type wiki markdown syntax in both Text and Visual mode, the difference is that Text mode will show the syntax of your formatting, while Visual mode will apply your syntax, showing your content exactly how it will display when saved. You'll never need to remember the wiki markdown syntax for bold or italics again.  We're still working hard on improving this experience, and as such we allowed your JIRA administrator to disable the new editing experience, but we're confident that it's a step in right direction to making Visual mode the standard editing experience.

Sometimes you just want your data in a format you can manipulate yourself, a straight forward comma separated value file that you can open with your spreadsheet application of choice and build that lovely bar chart that YOU want. Now JIRA Software gives you that power. We've introduced a CSV export option that lets you choose to export the issues and fields displayed in your search result, or the issues and all the fields associated with them. The lightweight CSV file format also makes the export files smaller, so there's no longer a limit of 1000 issues in the export. We now export all the issues your search returns. Build your perfect report for that PowerPoint presentation, use pivot tables until your hearts content, and make your JIRA data work for you. The CSV exporter replaces the Excel HTML exporter, which we have removed. You can read more about this change in the JIRA platform release notes.

There's a bunch of little things we've done too that will make your life that little bit easier, like:

We hope these features and funtionality will allow you to work smarter, and faster.

Simplification means we want to deliver a JIRA Software experience to you that helps you set up for success in the simplest way. Why click four times to get somewhere that should only take you one or two clicks? Improving the user interface and expanding on existing features and functionality helps us do that.

In JIRA 6.4 we started a journey to keep all your work in the context of the project or board it belonged to, and we're nearly at the end of that journey. For JIRA and project administrators, when you click Project settings we'll display the settings within the context of your project. This allows you to jump straight back to your work after you've made any changes to the settings you need. We've also changed how reports display, you'll aways have your project sidebar displaying, allowing you to jump straight back into you project. 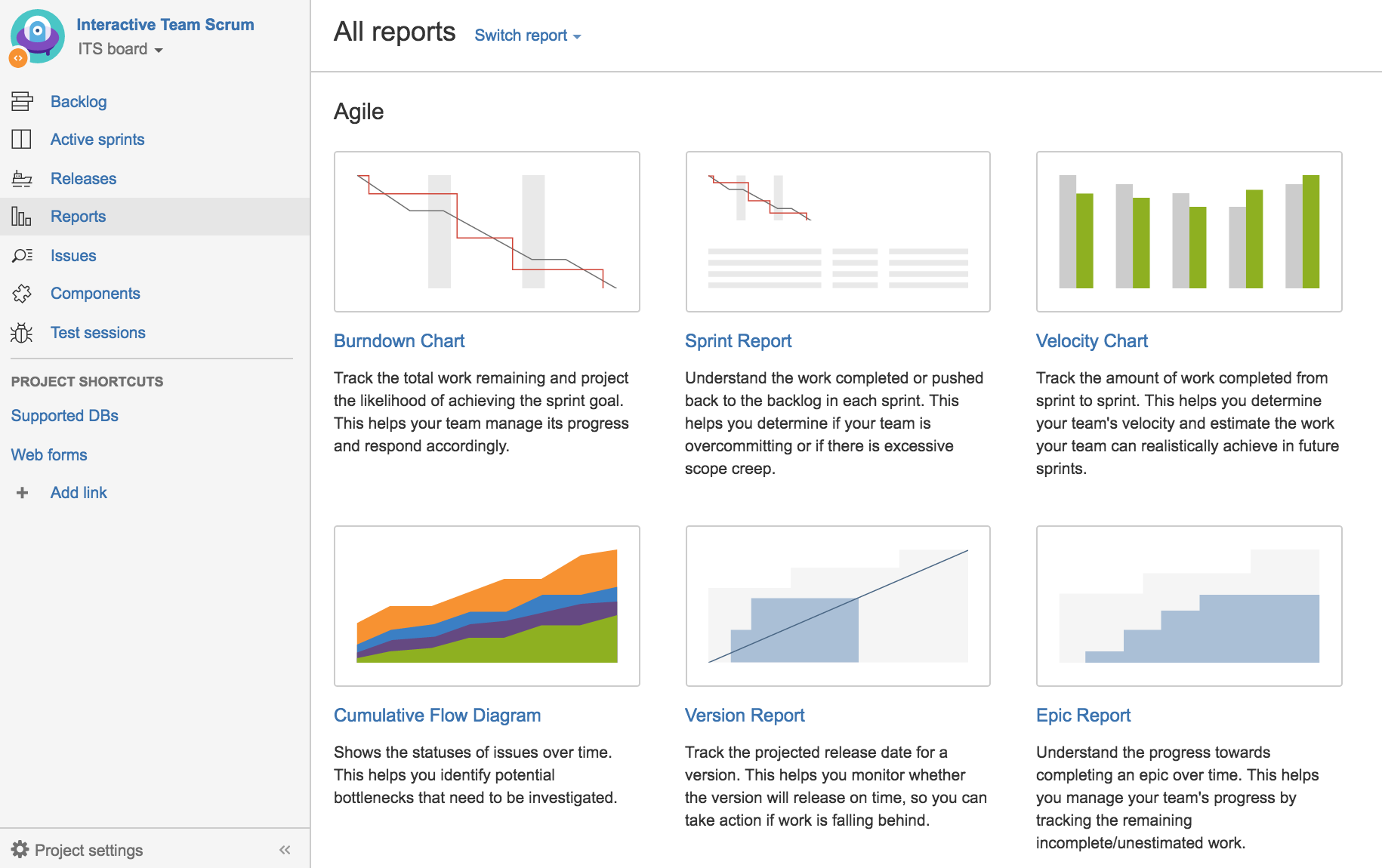 In keeping you in your project context, we've also changed how JIRA and project administrators manage versions and components. When you select Releases from your sidebar, you can now add your versions inline, and manage them via the

Keeping things simple means keeping you in control and setting you up for success. Quick and easy access helps you succeed. We've added a few more features to keep you ticking over.

When building features and adding functionality, we're very aware that this can cause a degradation in performance, especially in large instances. In JIRA Software 7.2, we've identified key areas of performance for our customers, and worked hard to make sure we either maintained or improved on these areas. We then tested these areas against JIRA 6.4 with JIRA Agile 6.7, to give a comparison. Some highlights of this work include:

Our main focus here was on server responses and throughput, which both affect large instances significantly. We hope you notice these improvements in your JIRA Software instance when you upgrade.

If you administer a JIRA Software instance, make sure you check out the JIRA 7.2.x platform release notes. We've introduced a number of features and improvements to JIRA administration, which all affect JIRA Software 7.2.

This release has been canceled due to a bug that affects the JIRA installers, specifically the JIRA Software installers.

This bug affects only customers using the installers. If you have upgraded or installed JIRA Software 7.2.5 and require assistance, please contact Support.

In this release, we’ve introduced an automatic recovery of corrupted indexes in JIRA. Although it saves a lot of manual work, the broken documents will be deleted from the indexes, which might result in e.g. JQL not being able to find some issues. All documents can be recreated with a reindex. For more info, see Lucene index corruption.