We’re happy to announce the release of JIRA Service Desk 3.2.0. It’s another major release focused on delivering some of the top voted suggestions from our customers. We know that these improvements can make a world of difference in saving your team time and we're excited to share them with you.

In this release, you can expect to see improvements for your customers. One-click approvals let your customers and their teams get to done faster. We also added the ability for customers to transition their own requests, and search for request types in a freshly redesigned portal.

3.2 also includes features designed to help your service desk team run more efficiently. Agents can now find and share related knowledge articles from issues. In the automation engine, webhooks open a world of possibilities for integrating with third-party applications. And, you can drill into specific data points in JIRA Service Desk reports, providing more insight into your service performance.

Finally, we're pleased to announce that JIRA Service Desk 3.x is now ITIL certified! To learn more, check out the best practices for IT teams.

We can't wait to see what everyone does with this latest release and we'd love to hear your feedback, so if you have any suggestions or comments, please feel free to let us know at jira.atlassian.com .

You can add an approval step to workflows so customers can choose approvers for their requests. For example, a customer who submits a request for a new laptop might need a manger to approve the purchase.

Here's how it works:

When admins add an approval step to a workflow, they can add multiple approval steps, define a list of approvers, and choose what happens when the request is approved or declined.

For more information and best practices for approvals, read about setting up approvals.

Transition requests from the portal

You can allow customers to resolve, reopen, or perform another transition on an issue from the portal. For example, if an agent shares a helpful knowledge base article with a customer, the customer can find their own solution to the problem and resolve the request. Or, if a request is resolved but the problem returns, the customer can reopen the original request instead of creating a new one.  Learn how to add transitions to the portal.

If your customers are looking for a little peace and quiet: rejoice. Customers can now turn off notifications about requests from the portal or via email.

Solve issues faster with an integrated knowledge base

Creating and sharing knowledge is faster than ever in 3.2. We've integrating knowledge with issues so you can view suggested articles, search the knowledge base, and share articles - all from the same browser tab. 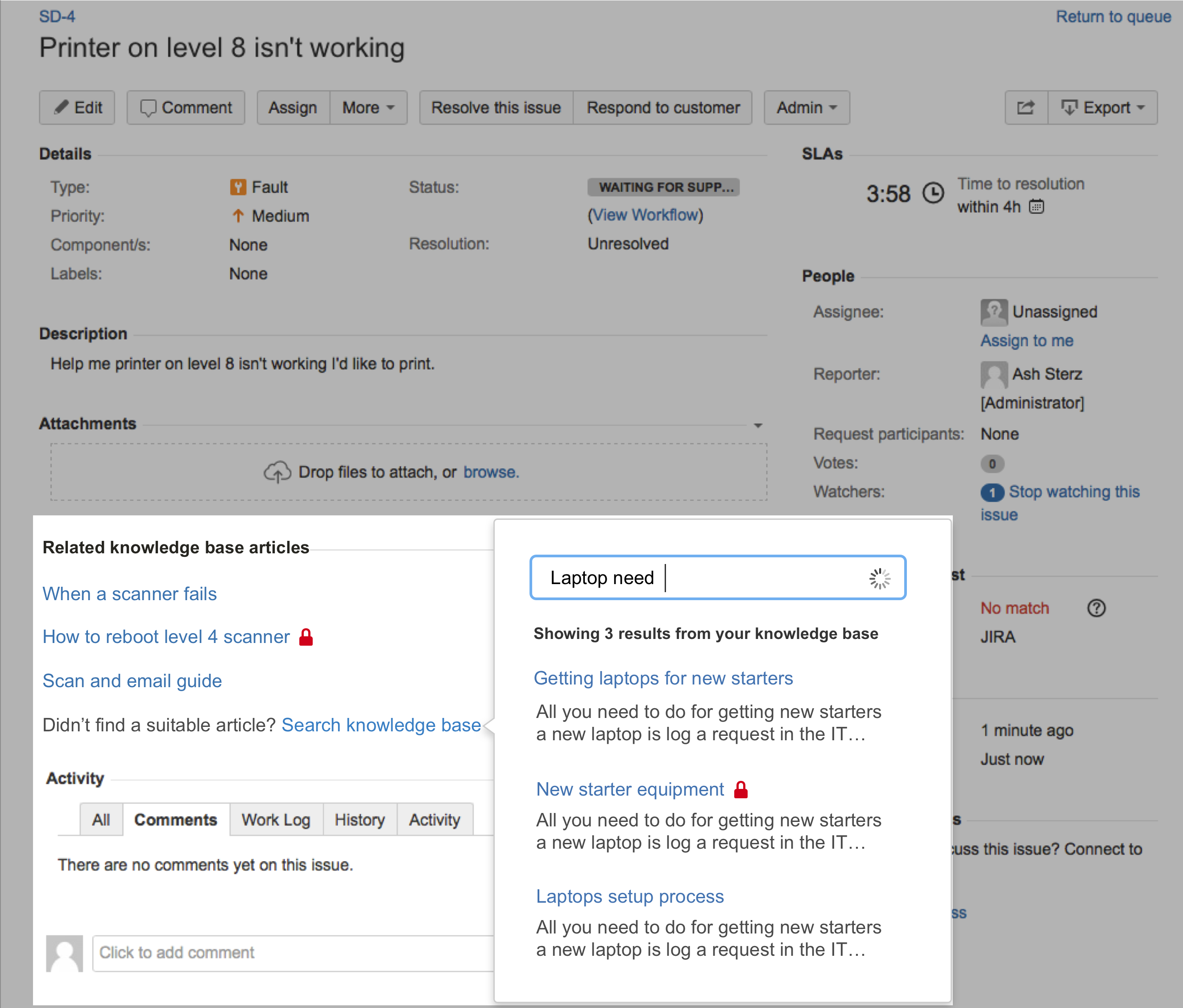 You can use automation rules to send Service Desk events to third-party applications and add-ons. For example, when you resolve an issue, you can push a status update to your CRM application. You can also trigger SMS alerts when a critical issue comes into the queue, or alert a remote application when an SLA is about to breach.

To send events to third-party applications, add a webhook THEN action to an automation rule. Read more about how to add webhooks to your service desk.

You can create automation rules for the following scenarios:

We've enhanced reports in JIRA Service Desk to give you more insight into your customer interactions and the impact of your services. You can now click on data points in a report to see more details about what's going on in your project. If you want to analyze your data further, you can also export the results to a CSV file.

Navigate faster with quick links in the sidebar

We put some common tasks in the project sidebar so you can find them faster: 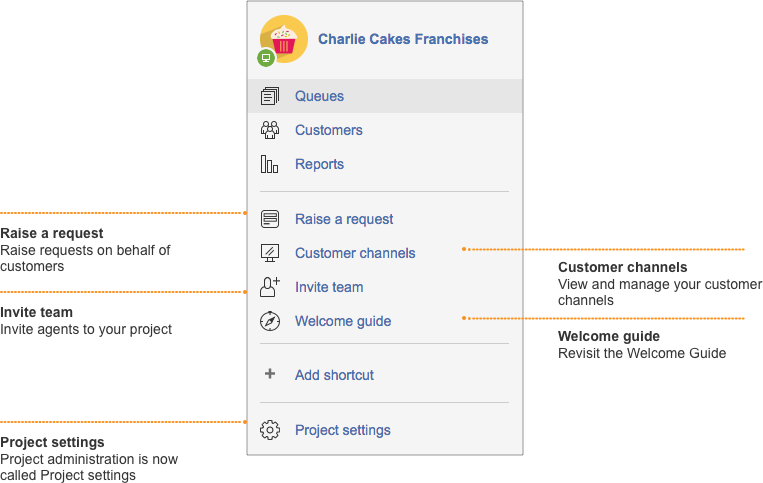 Explore and play with sample data

Want to try something new without affecting your queues? You can create a project with sample data to try new settings or explore new features. Learn how to create a sample project.

Other improvements and updates

For the full list, check out the Service Desk project on jira.atlassian.com.

We’ve noticed that versions 3.2.9 and 3.2.10 have performance issues and show errors while opening pages or finishing some actions. This applies only if you’re using postgreSQL and have more than 500k users. To work around it, increase the heap size by 1GB per million users. We’ll release a fix for this in the next bugfix release.

This release has been canceled due to a bug that affects the JIRA installers, specifically the JIRA Software installers.

In this release, we’ve introduced an automatic recovery of corrupted indexes in JIRA. Although it saves a lot of manual work, the broken documents will be deleted from the indexes, which might result in e.g. JQL not being able to find some issues. All documents can be recreated with a reindex. For more info, see Lucene index corruption.