Atlassian presents Confluence 6.7.0-beta1 . This is a snapshot of our work in progress, primarily focused on providing add-on developers an opportunity to test their add-ons and make any required changes in advance of an official release.

Issues with this beta?
Please raise an issue to tell us about it.

This release contains an upgrade to AUI 7.6.1, some bug fixes and a few more, small visual changes.

One of the best ways to keep communication flowing is to mention people in pages and comments, but mentioning the right person can be quite laborious in a large organisation.

Cassie is working on a project with Harvey, so she's been mentioning him a lot. Cassie types '@' and there's Harvey at the top, just after Cassie herself (because let's face it, we mention ourselves a lot too). 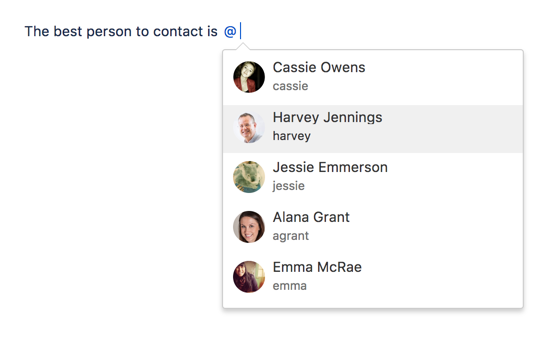 Trinh wants to mention Emma on a planning page, so she starts typing '@em'. Because Emma is not one of Trinh's recent mentions, but has previously edited this page, she's marked as a contributor, which makes her easier to spot in the list. 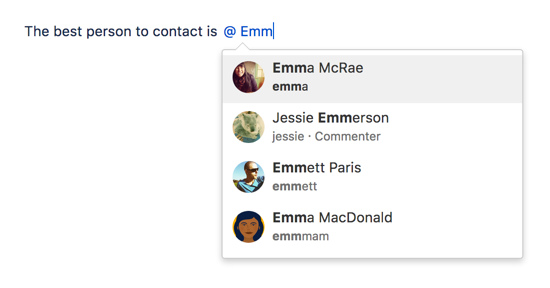 Oh, and it's a LOT faster too.

Confluence gets a fresh, new look

We're bringing a refreshed look and feel to many of our Server and Data Center products, and Confluence is the first cab off the rank. This work is based on the new Atlassian design  and includes things like updated colours, typography and icons. Take a look... 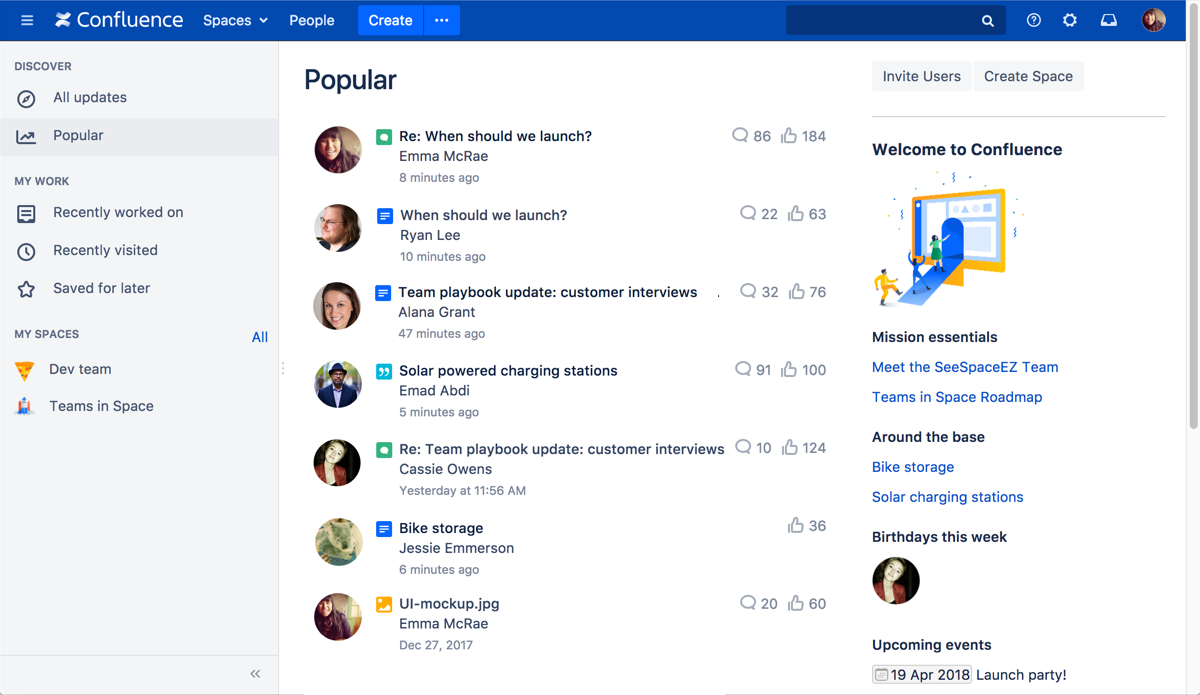 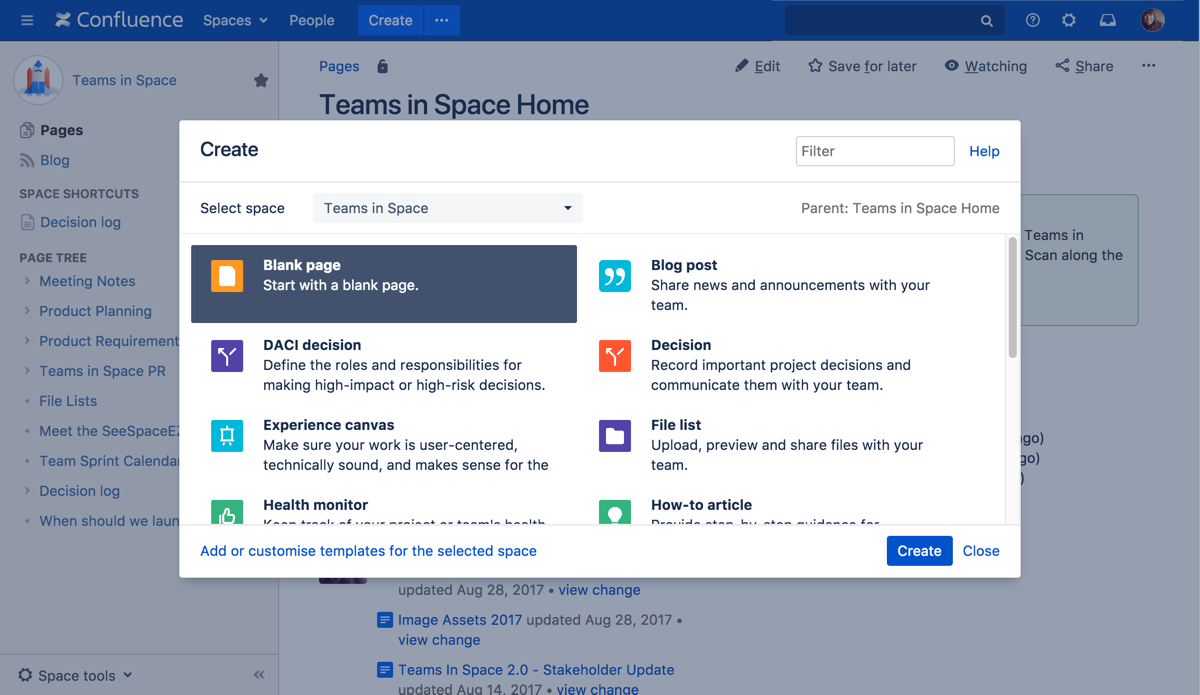 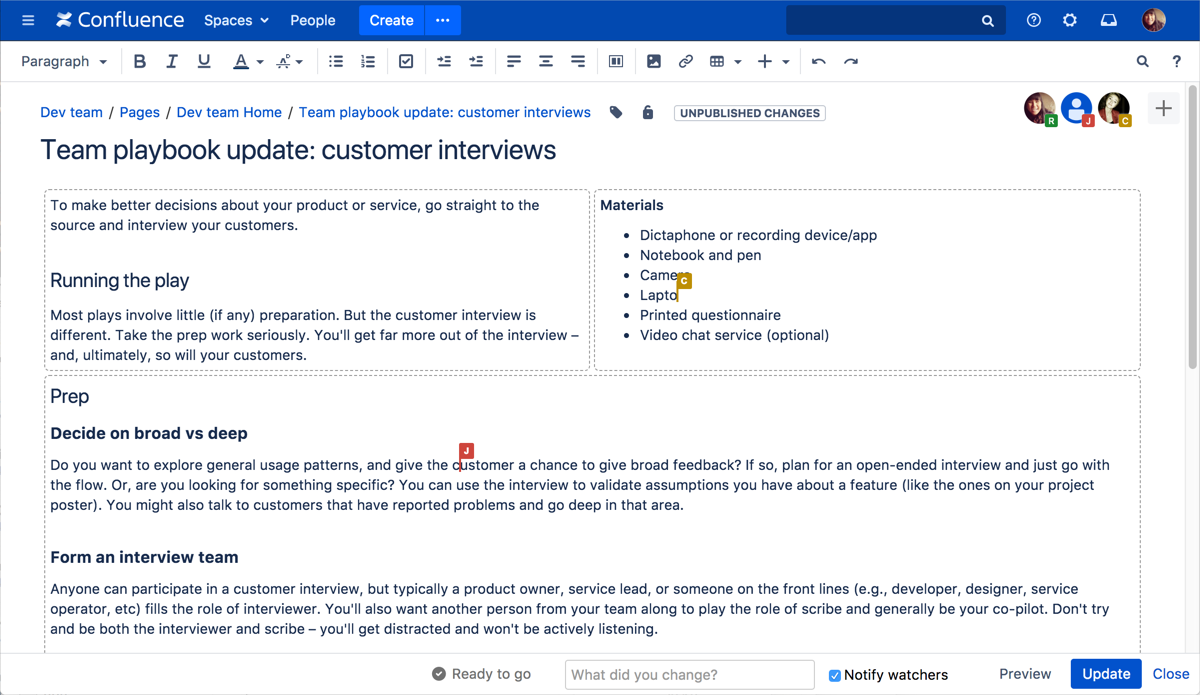 We've not made any changes to navigation - your favourite features will be just where you left them. If you're using a custom theme, or have made your own look and feel changes, you may not see all of these changes.

There are no supported platform changes planned for this release.

Head to Preparing for Confluence 6.7 to find out about changes that will impact add-on developers.

No known issues at this time.