Each milestone release has passed all our automatic tests, and has been used for one week on our official internal Confluence server. Most of the issues solved have been reviewed too, and usually milestone releases even have been load- and performance-tested for a while.

Additionally, our performance-testing and compatibility testing for databases and application servers is not done to the full extent. So, for example, a milestone release might behave well on a small installation but show severe problems when subjected to many users.

Follow the normal upgrade instructions to upgrade from Confluence 2.8.x to this release. We strongly recommend that you backup your confluence-home directory and database before upgrading!

Milestone 3 is all about the UI: It features major parts of the new search UI, and we have added two more menu items to the "Browse" menu. 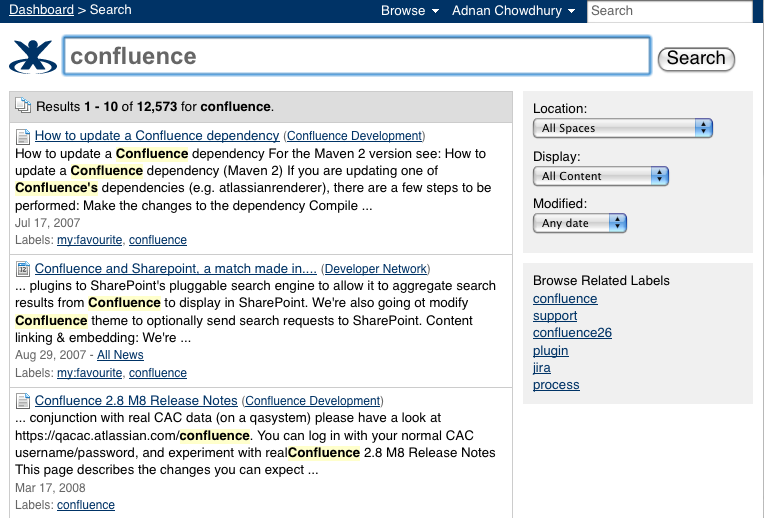 Some effort was spent on making the page tree more stable, and we have spent more time on internal code improvements (which did however not ship in this milestone)

Several small bugs. And a slowdown of search performance by 50%, which will be addressed in a later milestone release.